For almost a year, the Federal Minister of Education, Shafqat Mahmood, has been trumpeting the current government’s plans to roll out a ‘revolutionary’ Single National Curriculum (SNC) in 2021 that will end ‘educational apartheid’ in Pakistan and see private and public schools and Madrasas following a uniform curriculum. But it is only now that a debate around this has erupted in the media, largely triggered by an article in the July 18 issue of Dawn by the outspoken physicist, author and columnist, Dr Pervez Hoodbhoy. 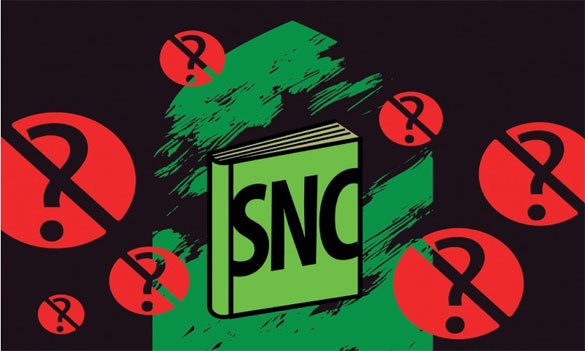 Dr Hoodbhoy believes that the intention of the SNC to bridge the gap between the standards of education received by rich and poor children is morally attractive, but the government does not have the resources to carry out such an ambitious plan, especially in a country where only a minute percentage of the annual budget is allotted to education. Hoodbhoy’s central concern, however, is the manner in which religious studies are being suggested in the SNC. He fears the changes are not only similar to the ones that were introduced in the curriculum during the reactionary Zia-ul-Haq dictatorship (1977-88) but actually ‘are deeper’ than those conceived by that regime.

By “deeper” he does not mean more reflective. Because as another physicist, educationist and author, Dr A.H. Nayyar writes in a cover feature for the July 31 issue of Eos, Islamic studies in Pakistan are almost entirely based on rote learning, which eschews critical thinking. ‘Good education’ is meant to encourage and bolster critical thinking in students. To paraphrase Dr Nayyar’s concern, the SNC, instead of bringing non-religious subjects to Madrasas, just might end up bringing the Madrasas to public and private schools.

The Harvard-educated Dr Mariam Chughtai who is one of the architects of the SNC insists that such fears are unfounded because, basically, the SNC has adopted a curriculum that was already in the works in 2006 and, secondly, nothing is mandatory in it because provinces and private schools will be free to pick and choose from it what they believe will suit their needs. In her debates with Dr Hoodbhoy during a ThinkFest podcast and then, in a TV talk show, she refuted his allegations that the SNC will go on to further radicalise an already radicalised nation.

In a detailed 2003 study on the state of education in Pakistan, Dr Nayyar and Dr Ahmad Saleem demonstrate that, from 1971 onwards, school textbooks in the country have increasingly promoted an artificial national and sectarian homogeneity, discouraged critical thinking and only scantly acknowledged Pakistan’s ethnic, sectarian and religious diversity.

The government’s move to, in effect, bring the Madrasa to public and private schools is similar to its recent attempt to integrate radical outfits into mainstream electoral politics. That’s not working either

In a similar 2005 study by the educationist and scholar Dr Rubina Saigol, she writes that the tumultuous departure of East Pakistan in 1971 was understood by the state as a consequence of not pursuing a more unified idea of Pakistani nationalism and of its majority faith, Islam. Interestingly, this was also the narrative aired by the religious parties. According to Dr Saigol, this narrative was first weaved into a new subject called ‘Pakistan Studies’, which then quickly mutated into becoming a study of the region’s history that leapfrogged from one period to the other, nonchalantly ignoring those periods that were felt to negate the post-1971 ideological narrative.

Dr Saigol believes it was a panic-stricken manoeuvre, which was then wielded as an ideological tool to shape young minds into becoming model, unquestioning Pakistani citizens. In the 1980s, this attempt was further bolstered by an unprecedented addition in the curriculum of religious studies, that were to be learned through rote. What’s more, Islamic content also seeped into non-religious subjects which non-Muslims do not have the choice to skip.

In 1947, soon after the creation of Pakistan, the country’s first education ministry announced that Pakistan needed a new curriculum ‘in line with the requirements and ideals of the country.’ But Pakistan largely followed the education policy inherited from British India, which was based on the ‘Education Dispatch of 1854’ that stated, ‘schools should be practically useful to the people of India in their different spheres of life.’

This meant an emphasis on the teaching of the sciences, law and economics, whereas religious teaching was to be undertaken privately or from a religious institution. In 1959, at the start of the Ayub Khan regime (1958-69), the Commission on National Education suggested designing of curricula ‘to focus on developing basic skills in reading, writing, and arithmetic, creating a high sense of patriotism as well as a liking for working with one’s own hand and additional subjects for specific vocations and careers.’

The Commission also proposed the establishment of Textbook Boards in the country to regulate textbook development. This was to be an evolutionary process and the country’s curriculum remained as it was since 1947, even though history textbooks began to put more emphasis on Muslim eras of the region’s history, without leapfrogging the non-Muslim ones. Religious studies were still to be taught at home, either by parents or hired tutors, but public schools did begin to introduce some basic forms of Islamic studies.

In 1967, a permanent institution responsible for curriculum development was formed. But not much could be done by it because of political turmoil (1968-70) and civil war in East Pakistan in 1971. In 1972, when the government of Z.A. Bhutto took over, it recommended designing of curricula ‘relevant to [the] nation’s changing social and economic needs compatible with [the] ideology of the country.’ The subject of Pakistan Studies was introduced and so was Islamiat. Emphasis was also put on ‘universal free education’ for which the government nationalised various private schools.

According to the 1972 and 1981 census reports, literacy rates only slightly improved but failed to cross 30 percent. And as has often been lamented by most educationists, the quality of education suffered too. According to Ball State University’s David J. Root (in the 2015 issue of Pakistan Journal of Commerce and Social Sciences) “under the military regime of Zia-ul-Haq (1977-1988), the educational sector was reorganised again under Zia’s interpretation of Islamic doctrine.’ This saw the expansion of religious subjects and more ‘Islamised’ additions in Pakistan Studies books. ‘Islamisation’ was further enacted by the Sharia Act of 1991 (during the first Nawaz Sharif regime) under which a committee established ‘Islamisation of education.’

After 9/11, the ‘moderate’ dictatorship of Gen Musharraf tried to introduce non-religious subjects in Madrasas because they began to be seen as hotbeds of religious radicalisation. Not only did the move fail, this ploy also failed to take into account the possibility of radicalisation emerging in private and public schools because of a curriculum heavily influenced by retrogressive ideological biases and distortions.

The current SNC is a continuation of the same ploy. But as Dr Nayyar noted in his feature, it is now going the other way. The overwhelming addition of new religious studies in it suggests that, to make the Madrasas agree to accept the teaching of non-religious subjects, the government has decided to bring the Madrasas to public and private schools. This is akin to the state’s recent attempt at mainstreaming radical outfits by encouraging them to take part in mainstream electoral politics. It is a ploy that most experts would agree is not working.