Is Channel 4 Right To Broadcast The Muslim Call To Prayer During Ramadan?

By Nabil Ahmed and Nesrine Malik

Nabil Ahmed: 'This Is an Opportunity to Learn'

It would appear that Islam is defined today by everything but Islam itself. As a result of the general manner in which Islam has been wrongly lived (by many Muslims) and wrongly articulated (by many people) one can understand the unease that surrounds the religion.

Channel 4's decision this Ramadan to broadcast the Adhan, the Muslim call to prayer, is important because it is an authentic representation of something practiced during the time of the Prophet Muhammad (peace be upon him) and by over a billion Muslims all over the world. It is the act not of a lone wolf in Woolwich, not something invented by "Islamists" and not an attempt at finding a politically correct version of Islam. 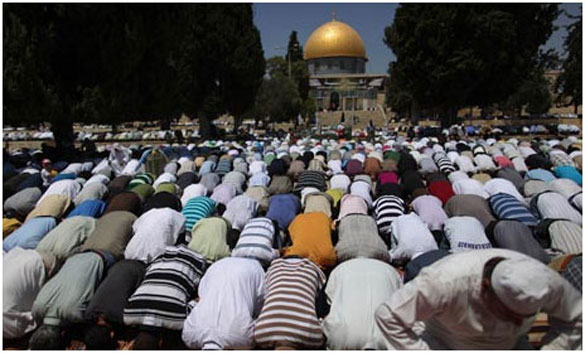 Muslim worshippers pray in the al-Aqusa mosque compound, Jerusalem, with the Dome of the Rock shrine in the background. Photograph: Muhammed Muheisen/AP

There could not be a better time to try to understand Islam than during Ramadan. Muslims believe that Ramadan is primarily about one's relationship with God, and the effort to live in accordance with a divinely ordained order. It is the month in which the Qur'an was revealed, which Muslims believe is God's final revelation to mankind. It is thus also the month in which Muhammad was sent to warn humanity of future dangers, as a bringer of glad tidings and as a conduit of God's mercy.

TV should be a medium in which we share our understanding of faith in Britain. Ramadan seeks to reawaken our consciousness of God, but also teaches us to give to the poor and to practice self-discipline in relation to our ego and with material temptations. Fasting is a means, not an end, to reconnect with our divine purpose by not relying on food and drink. It is something that was practiced by prophets like Jesus and Abraham too.

Channel 4's approach is an opportunity for all of us to learn – and to put aside preconceived ideas. Many Muslims are responsible for portraying Islam as a dogmatic rule book devoid of soul – but the Prophet Muhammad himself pointedly said: "Perhaps a person fasting will receive nothing from his fasting except hunger and thirst." 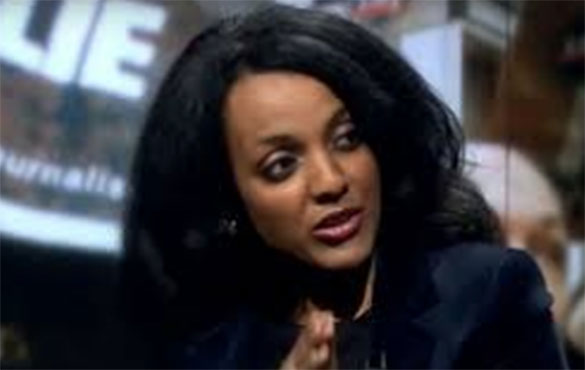 Nesrine Malik: 'To Reduce It to a Media Gimmick Is Exploitative'

Channel 4's decision to broadcast the call to prayer during the holy month of Ramadan is irresponsible and patronising. Transmitting the call to prayer on a public address system into the homes of the non-Muslim and uninitiated without proper explanation is likely to be confusing and alienating. The channel claims that the decision is one deliberately meant "as a provocation to all our viewers in the very real sense of the word".

Apparently, there is an urgent need, post-Woolwich in particular, to show that Islam is a religion of peace and sacrifice. This is an inherently contradictory stance. If there is such a charged atmosphere in the UK vis a vis Islam, why "provoke" people by projecting this message even more loudly? I don't think that being sensitive to these considerations plays into the hands of creeping-Sharia paranoia. It's more a case of responsibly acknowledging that such moves might backfire.

It all rather smacks of busy-bodying do-goodery. Even on Arab Muslim satellite channels, only the national ones broadcast the call to prayer, with others merely showing a ticker along the bottom of the screen to indicate sunset and Iftar times. Channel 4's idea might be well-intentioned, but it also seems spurred on by the fact that Islam has become the latest topic of media sensation, to be turned into a spectacle under the guise of "debate" and furthering understanding.

The way to do this isn't to project the call to prayer five times a day in a cultural vacuum (there will be other programming around Ramadan on Channel 4, sure – but plenty of people will end up hearing the call to prayer devoid of context). It is instead to resist particularising the Muslim experience. Attempt to mainstream it by putting some British Muslim faces in front of the camera as something other than religious curiosities to be examined. Ramadan is a holy month of personal effort. To reduce it to a media gimmick is exploitative and an unwise, crude way to promote a sensible discussion.