Can Muslims Prevent Blasphemy In This Age Of Social Media? Is their violent reaction helping or harming? 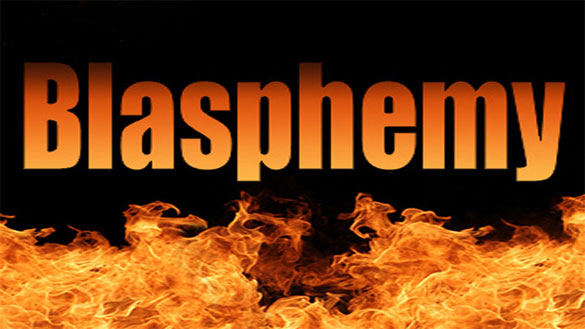 1.    The Fatwa against Salman Rushdie did not deter detractors of Islam.

2.    Nupur Sharma's alleged blasphemy is not an aberration.

4.    Blasphemy over social media cannot be monitored or controlled in non-Muslim societies.

Blasphemy has been an Achilles’ heel for Muslims since the beginning of Islam. Blasphemy or insulting remarks or slander are not new in human society, nor is the prophet of Islam pbuh the first to be slandered against. Prophet Moses pbuh was also slandered against for being shy and for not bathing with others in public. Almost all the prophets were termed as liers, sorcerers and delusional. The Quran defended them by testifying that they were not sorcerers, liars or mad but were God's prophets.

The same allegations were made against the prophet of Islam pubh. He was called mad, sorcerer and liar. In fact his opponents accused him of blasphemy against their gods and goddesses.

The Quran defended him and bore witness that he was indeed the prophet of God and was raised for the salvation of the human beings. He also advised Muslims not to retaliate or be violent to the blasphemous remarks. The Quran says:

"You believers will surely be tested in your wealth and yourselves, and you will certainly hear many hurtful words from those who were given the scriptures before you and from polytheists. But if you are patient and mindful of Allah --- surely this is a resolve to aspire for."(Al-e-Imran:186)

This can be said to be the Standard Operating Procedure for Muslims in cases of blasphemy.

There were some cases of beheading of opponents for blasphemy on the order of the holy prophet pbuh in extreme cases but there are also instances when the detractors were let off or forgiven by the holy prophet pbuh. Therefore, insisting that slitting the throat of the detractors is the only step to be taken in cases of blasphemy is not supported either by the Quran or hadith.

Islam has spread to the most part of the world and Muslims inhabit the most part of the world. They are majority in about 55 countries but are in minority in more than hundred countries. Muslims can not demand a law based on their religious traditions in countries where Muslims are in a minority and the country follows a secular law. The Quran also says that God does not put burden on any one heavier than he can bear. In other words, the Quran makes it clear that God does not ask Muslims to do what they can't in religious disputes or in personal issues. In the month of Ramadhan, Muslims are mandated to fast but those who can not fast for some valid reasons are given leave to compensate later. This also applies to the issue of blasphemy. If Muslims feel hurt by blasphemy against the prophet pbuh, they can seek legal action according to the law of the country. They can make verbal or written condemnation or peaceful protests. But if they take violent actions against the laws of the country, they may be held guilty of violating the law and hurting innocent people not involved in blasphemy. The killing of Kanhaiya Lal in Udaipur in Rajasthan, India was a similar scenario in which the victim is said to have apologised before the Muslim community. Still he was killed.

In 1989, the Iranian Supreme religious leader Imam Khomeini had issued a fatwa of death against the novelist Salman Rushdie for his blasphemous book Satanic Verses. Rushdie had to go into hiding and has been living an isolated life due to the threat to his life. A number of attempts on his life have been made but he has survived. The latest attack on him was made in August this year but he again survived.

The 21st century is the age of social media. The social media has made blasphemy very easy and at the same time difficult to be monitored and controlled. After Kanhaiya Lal's murder for blasphemy, more blasphemous remarks were made on media and social media. The Muslims staged violent protests and faced action by the police. Some youngsters were shot dead and dozens were injured and arrested. This proved suicidal for them.

The fact is that blasphemy against prophets have been resorted to in every age and so it can not be controlled or prevented. This is a part of human behaviour. When people can not defeat some one with arguments, they resort to abuses and verbal insults. And when such blasphemous remarks are made on social media across the globe, every day, it is not possible for Muslims to monitor and penalise each and every remark, leave aside slitting every detractor's throat. Even in India, Hindu deities and religious beliefs are criticised by Dalits in objectionable words but the Hindus ignore them.

One problem with Muslims in this regard is that what is blasphemy to them is a right to expression in western countries. In India, though there are laws covering blasphemy and communal remarks, actions are not taken due to political reasons or general bias in bureaucracy or in the police. A person criticising the government may be arrested but one threatening a particular community may not be arrested.

In this situation, Muslims should adopt a practical and pragmatic approach in the issue of blasphemy. Quran has clearly laid down its principle on blasphemy in surah Al-e-Imran and Muslims will do well to follow this principle.