Kashmir Sufi Movement: Rishism In Kashmir Was an Indigenous Order of Kashmiri Sufism

A couple of days back, I received an email from a bibliophile writer friend of mine, forwarding me a Vision Document about newly formed “Kashmir Sufi Movement”. The document was well formulated, its objectives lucidly depicted and the future plans briefly explained. The email further requested me, if I would be interested to join the same. I quickly replied, in affirmative, as I have a keen interest in Sufism, though I prefer the term Tasawwuf, as the “ism” of Sufism conveys a wrong impression to the reader, that it is something devoid of Islam. Tasawwuf or Sufism is the correct balance between exoteric (Shariat) and esoteric (Tariqat) part of Islam. Though some people who don’t want to follow the exoteric part of Islam, try to render it to mere esoteric one, but it is a flawed approach. Islam lays emphasis on both parts. 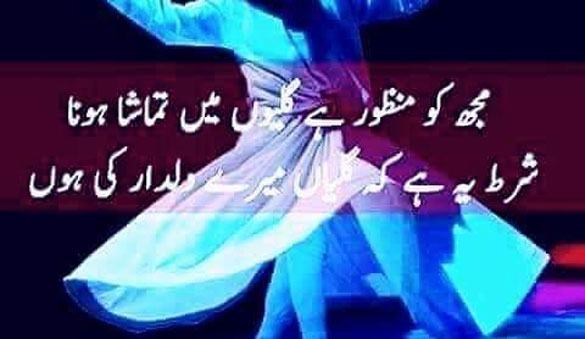 This affirmation resulted in a meeting, which included some practicing mystics, writers, academics and a few professionals. I as usual kept mum during the meeting, trying to assimilate and analyze the deliberations. A veteran mystic well noted that we as a bunch of young men can’t call people towards Sufism, as we ourselves are not practicing Sufis. It was a factual statement, though this statement was tried to be sidelined and shunted in the noise of various hankerings; this made a subtle but permanent impression on me. One can’t call to that path, about which one is least aware. The veteran mystic told us to keep ourselves confined to academic moorings of Sufism, organizing lectures, seminars, writing and if competent also translating the poetry of a few mystics. These goals appeared factual, realistic and practical.

Then the discussion moved to certain other aspects of Sufism. It was lamented and decried that Kashmir which was synonymously known as Pir Vare (Valley of Saints), has noted a decline in Sufism. Further the present youth are ignorant about the Sufis of Kashmir and in our contemporary times they show little or no inclination towards Sufism. The movement and its forebearers reiterated to spread awareness among youth about reverend Sufis and incline them towards Sufism.

It will be an academic exercise to write about the decline of Rishism in Kashmir, which was an indigenous order of Kashmiri Sufism, but some Sufis still exist, in some corners of the Valley, but do they deem fit to be called Sufis is a million-dollar question? The Sufis after they had achieved their Tazkiya e Nafs (Self Purification) used to work for the benefit of poor, downtrodden and wretched masses (Mustadifun) to use the Quranic term. This exemplary and inspirational role model can be witnessed in the mission and work of Noor Uddin Noorani, Sheikh ul Alam, the patron saint of Kashmiris. He and before him, his predecessor Lal Ded, waged a relentless battle against Social injustices, casteism, exploitation and hegemony of the religious clergy. They would never shun taking the side of the Mustadifun, against the Mustaqbirun (the exploiters). Their whole life and poetry is a practical manifestation of this indomitable struggle.

Since the land which we inhabit is a conflict zone, and this conflict is having its sphere of influence on every walk of life. The common masses have been brutalized, traumatized and agonized. No one without a selfish vested interest had empathized with them. Though there might be a slight increase in the number of shrines going women and number of visitors to Pirs, but the epidemic increase in the number of patients visiting Psychiatric Hospital daily bereft any claim that religious people or Sufis have been successful, imparting solace to common masses.

The youth have been the worst victim of these conditions. They have grown used to violence and hate. The apathy of youth towards Sufism particularly is because it offers them no solution or solace to end this stalemate. Generally, religion and those at the helm of religious discourse too have failed to help them out. If they turn to religion, they don’t study Sufis or Sufism who preach and inculcate the souls with “Power of Love”. Instead they turn to the writings of religious chauvinists or exclusivists who teach and inculcate the “Love of Power” in them; The Love of Power is offered as a solution to the crises they are baffling with in their everyday life. The exclusivist interpretation which makes them hate their enemy looks as a salvation to them. They seek and find Utopian illusionary answers which they think as factual and practical in the writings of these chauvinists and exclusivists.

Also, no Sufi famed or in oblivion has practically come out to speak truth to power, condemned the social injustices, took a stance against extravagance, corruption or female feticide. The terror and intimidation perpetuated by State and Non-State actors has never been ridiculed by Kashmiri Sufis. Their poetry or public stance till now has failed to depict the pain, misery, agony and everyday problems being faced by a common man.

In many cases status quo has been justified in the name of Sufism or people proclaiming as upholders of Sufism, have practically collaborated with criminals and murderers. The youth see this collaboration as opportunistic renegadism, hence in their naivety brand Sufism as cowardice or escapism from the real challenges of life.  They seem unaware about the fact that Imam Shamil who fought against Czar in Chechnya, Sayyid Ahmad Shahid who fought against East India Company in India and Omar Mukhtar of Libya who fought against Fascism of Mussolini were all Sufis.

This component of being on the side of common man and helping him out from his daily woes is the real task of Sufism, which is missing in Kashmir. Hence Sufism holds no attraction for youth. This can be one of the major reasons for its pathetic condition, in a conflict zone like Kashmir; other reasons like Globalization, materialism, crass capitalism, cut throat competition and hedonism, also contribute for the decline of Sufism.

Sufism is practical living of Islam and bringing it in action. If Kashmir Sufi Movement fails to usher, a Social Justice plan and work for the Mustadifun, it may survive as an idea in academic journals, read and contemplated by those whose bellies and leisure permit for mental cud chewing and aerobics. But as a movement it will utterly fail and it would be a misnomer to call it Sufi, as Sufism means Living Faith with its Philosophy in Action.