Future Is Not an Accident but It Is Built On Planning 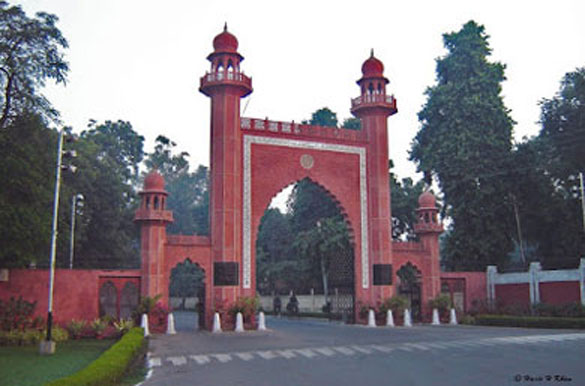 This is the story of a man who is determined to put India on the world map of the Universities. The Aligarh Muslim University has captured the 4th rank status among the Indian Universities, and now he wants to put this university among the top 200 Universities in the world. As Indians, we fully support his mission.  Jai Hind.

The Aligarh Muslim University has made the 4th place in the best Universities ranking in India by the Nielsen Survey.  News from India today group report on July 8, 2015 that it is an upward journey for this historical institution as it was ranked sixth in 2014 and eighth in 2013.

The entire staff, students and the management team of AMU deserve a big round of applause, and most certainly the driver of this achievement, Lt. General Zameeruddin Shah deserves all the accolades one can Nichawar (bestow) on him.

What does it take? It is not the resources, not the support of politicians, but the belief that you can do it, and simply get out and do it.  God wants you to succeed because you want to bring success to your community. If you have doubts, why should God lend his support?

Sir Zameeruddin Shah, God is with you! You may remember Muhammad Ali, the greatest sportsman of our times – he had declared that he will be a champion with all the confidence God had given him, how many laughed at him? Of course he did not laugh back at them when he earned the title.

Your vow to grab AMU the top position among Indian universities in 2017 ranking reminds me of Muhammad Ali. Just do it! The world is with you on this, as Muslims we are with you, and as Indians, we are with you to put AMU on the map of top 200 Universities of the world. It is our pride in India.

I also see that powerful Jazba (spirit) among the Aligarh Muslim University Alumni, they want to stand with you. I happen to read a few of the powerful speeches by Frank Islam, “Future is not an accident but it is built on planning. Remember the future is promised to those who create it.” Indeed, his vision tunes in with Sir Syed’s vision and your commitment. Frank continues in his speech, “Now, more than ever, it is imperative that students receive an education that prepares them to be “servant-leaders”:  Leaders who understand that working with others to solve problems and that what one gives back is more important than what one accomplishes individually.” The educational entrepreneurialism he advocates is the need of the day - producing a significant number of students who can create jobs and continue to build on this wonderful structure of prosperity –AMU.  Frank and Debbie have taken the lead to support his Alma-Mater.  Insha Allah, they will inspire more members of the Alumni to follow their suit.

On my part, as an admirer of AMU, I can dedicate a few days a year to motivate students and or conduct workshops in building cohesive societies where all of us can function well, together with every human from different regions, religions and ethnicities. Let’s strengthen the social fabric of India, if we succeed India succeeds and vice-versa.  Let those who want to be divisive, attempt to break India into pieces, but we will put them all back together, one nation under God indivisible with liberty and justice for all.

General Shah, we are very proud of your 'drive' to take AMU to new heights. A commitment is what it takes to achieve newer zeniths. Nothing will ever happen without someone 'wanting' and 'driving it'. We are with you in spirit.

Allama Iqbal must have written this couplet for you;

There will always be naysers and pessimistic individuals who will not only discourage you and laugh at you, but actively work on holding you back.  History is our example – Prophet Muhammad (pbuh) endured that, then Sir Syed lived through it, and now Gen Zameeruddin Shah will be going through it, but he is like a solid rock that you cannot shake. When I met him, I saw the Mazboot determination in his language to take AMU forward.  When he vows to take the University to the top position among Indian universities, I believe him.

Let me quote Ray Bradbury, “If we listened to our intellect, we'd never have a love affair. We'd never have a friendship. We'd never go into business, because we'd be cynical. Well, that's nonsense. You've got to jump off cliffs all the time and build your wings on the way down."

Ray Bradbury had once said, "Until one is committed, there is hesitancy... Concerning all acts of initiative (and creation), there is one elementary truth the ignorance of which kills countless ideas and splendid plans: the moment one definitely commits oneself, then Providence moves too. All sorts of things occur to help one that would never otherwise have occurred.… Whatever you can do or dream that you can do, begin it. Boldness has genius, power, and magic in it. Begin it now."

Mike is a speaker, thinker, writer, pluralist, TV-Radio commentator and a human rights activist committed to building cohesive societies and offers pluralistic solutions on issues of the day. His info in 63 links at MikeGhouse.net and writings at TheGhouseDiary.com