Once upon a time there used to be only three career choices for high school graduates in Pakistan: medicine, engineering and military. Top students chose to be doctors, the above-average ones ended up as engineers, and those not good enough for either, were eagerly accepted into the ranks of armed forces. 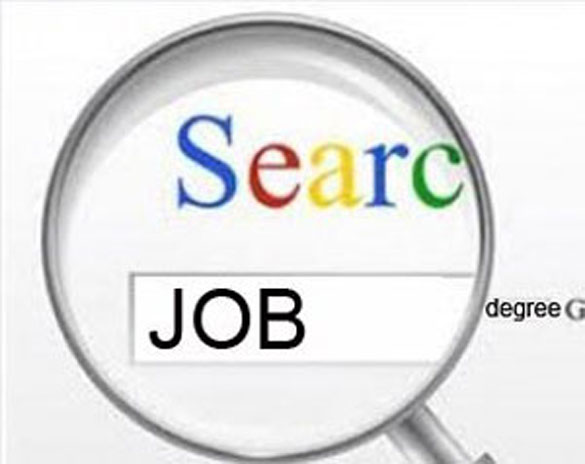 Pakistan’s post-secondary educational system was designed to cater to these preferences. So the choice of subjects in college was limited to pre-medical, pre-engineering and arts – the last-mentioned was meant for students with mushy brains that could not cope with the rigours of physics, the intrigues of chemistry and the obscenity in biology. Choosing the humanities – arts, languages, literature, religion, philosophy, etc – was the poor student’s safe route to a college or university degree. A degree that was only good for the intent described so poetically by the present Baluchistan Chief Minister Aslam Raisani in his famous uttering: ‘a degree is a degree’.

Those who failed to get even an arts degree made up for their educational poverty by opening a school (that inevitably grew into a ‘school system’ with umpteen branches and franchises) and those who did get the degree in natural sciences or the humanities but failed to get a proper job, ended up teaching. That’s how the education system which evolved before you were born, became your problem, and your children’s.

For some reason the educational system stopped evolving and froze in the state it was in the 80s. And let’s not bring in Zia ul Haq here, because blaming everything that went wrong in the 80s on the much maligned general is nothing but intellectual laziness. He did enough bad things to earn the notoriety he enjoys posthumously, but let the blame for the present educational mess be shared by all the rulers and all the ruled. The former never made an effort to improve and the latter never demanded it.

Anyways, so the education system froze and started throwing up facsimile copies of the same graduate at every graduation ceremony – young man or woman with a degree but no education, skill or insight; a narrow world view and limited understanding of how it works; no hunger for learning and no interest in reading. Year after year and decade after decade our educational institutions kept flooding this country and this world with degree-carrying semi literate masse. They are still at it.

Today’s education system – bigger in both bulk and budget – offers the same choice of subjects and careers, and in many instances, follows the same syllabus. The English teacher is still pronouncing ‘measure’ and ‘pleasure’ as mayee-yer and playee-yer, and the student is still relying on rote and tuition to pass the exam.

If this blog was about education, I’d argue that we should stop building more colleges and universities until we have a cadre of educated teachers, and a system of education that dispenses learning and not just degrees. But this is not. It is more about the unemployed Pappu and his question: I’ve been to the university, I have a degree but no education and skill, now how do I get a job?

The answer will emerge more clearly if you replace ‘a job’ with ‘the job’ in the question. A vast majority of the degree-holding masses is running from this industry to that, looking for ‘a job’, any job. A commerce graduate with experience of teaching Islamiat applies for an admin position in a high-tech industry and a psychology post graduate working in a bank, seeks a marketing position in telecoms. Meanwhile, there are jobs that remain vacant for want of the right candidate.

For the past six years I have been involved with hiring and training people in the news media. More than 90 per cent of applicants I come across have an education and work experience that has nothing to do with news or media, nor do they mention or demonstrate any talent or skill relevant to the advertised vacancy. Heck, many of them don’t even read the newspaper they seek to join. They want the job on their stated strength of ‘hard work’ or their stated ability to ‘do anything’. Cute as it sounds, it never cuts with serious employers who are looking for specific abilities and not pappu-ness.

So do yourself a favour and define ‘the job’ for you. ‘Choose a job you love and you will never have to work a day in your life’ said the philosopher.

Reach into your heart and follow what you find there. Square it with your existing qualifications, talents or skills. Decide on what you would like to do rather than doing what you can. Retrain and pad up your skill set if you have to. Then focus on the industry that suits your intended line of work and find potential employers or collaborators. And there, you have defined ‘the job’ for you. You are done with the hardest bit and also rid yourself of the khwaari of running after every floating job and the frustration of multiple rejections.

The rest is easy. Pakistan’s education system is so uniformly poor that college graduates from Karachi, Kohat and Kalat are not much different in their scholarly attributes. So relax, your competition is within your league. Listen to Aslam Raisani: a degree is really just a degree. Something you photocopy and put away in a file. If it does not qualify you for a job it doesn’t disqualify you either. All the candidates competing for ‘your job’ will be carrying similar pieces of paper. What makes the difference is ‘you’. Make that difference count. Put some time, effort and creativity in preparing yourself.

Your post-secondary education, at the least, makes you literate and gives you some general knowledge. Use these two qualities to your advantage. Read up and get as much knowledge about your chosen industry and possible employer(s) as you can. It’s sad how many degree holders fail to read in full or understand even the job advert. They read only the job title and email address, and fail to furnish a vital requirement like a personal statement or a cover letter. Find ways of addressing the requirements outlined in the advertisement. Visit the web site if there is one and the place of work if possible. See and hear how things are done. Picture yourself working there, and keep that picture in your mind throughout the hiring process.

But don’t send out your resume yet. We’ll work on it next week.

Masud Alam is an Islamabad-based writer, columnist and journalism trainer.