‘Shirin and Farhad’: About an Old Love Story 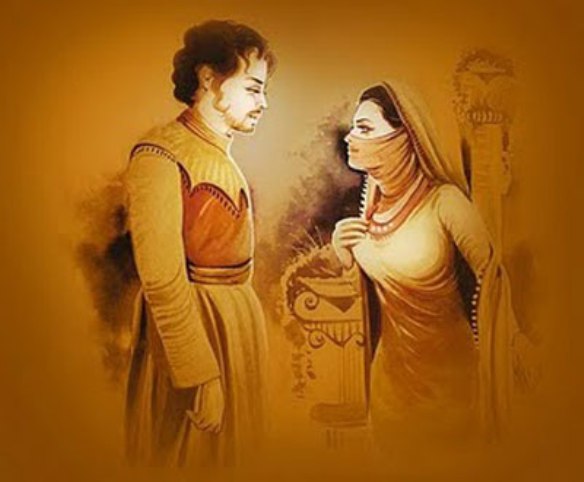 The British historian of French literature, L. Cazamian, says about Moliere that his “conception of upright womanhood is in touch with this ideal”, i.e. faith in essential worth of human instincts implies a generous spirit in which heartlessness of satire has no place (“A History of French Literature”, Oxford. 1964, p. 176).

The concept of hope, of esperance, in Faiz is, are fond, another aspect of faith. So is the internal contradiction of the romance “Shirin and Farhad”. Shirin was a slave-girl of Armenian origin, bought in the Bazar by Khusro’s servants for their master.

Farhad was a skilled worker assigned by Khusro to cut a channel in the mountain-side to bring fresh water into the town. As the mountain was next to the palace, the workers working on it could peep into the palace.

One day Farhad saw Shirin crossing the palace-garden on her way to Khusro’s living quarters and fell in love with her. Khusro promised to give her to him, if he completed the water-channel early.

Farhad worked hard, but when he appeared to be nearing success, he was told falsely that Shirin had died. Thereupon he killed himself and went down in our literature as a great and true lover.

Now, there are many blank spaces here. Why did an ordinary builder think that the ruler’s concubine would be given to him?

To resolve this question, the literary critics came up with the story that Farhad was actually a son of the Emperor of China, a story that only they believed.

The second question is about someone falling in love after a glimpse from far away, not an ordinary love but one which can drive him to suicide.

Thirdly, this great lover never wondered what would be the inclination of Shirin herself. She may not want to be “given away”, after having been sold, maybe more than once, in the Bazar and now being the ruler’s concubine.

Faiz only complains about the lack of success of his aspiration. He does not regret his commitment, only that the duration of success was short.

Ghalib, on his part, has built up a whole edifice of criticism of the romance under discussion. It is, in fact, less about Farhad than about Ghalib’s boast of his own aristocratic pride:

One imagines that when Ghalib went to see his “beloved”, he expected her to take off his coat (or cloak) and hang it, herself offer him his drinks and sit on an ottoman at his feet to listen to his latest verse.

It would, most probably, be some Persian Ghazal, since he regarded his Persian poetry as superior to Urdu verse, though no one reads it now, except, probably, some students doing their M.A. or PhD in Persian e.g.

(I am a greater lover than even Farhad, who used to bite the walls of Shirin’s palace to get a better glimpse of her.)