On June 9, an American woman resident in Pakistan went public with allegations that have shaken the country. She appeared on Geo TV and accused two leaders of the Pakistan People’s Party (PPP) of “touching” her indecently. Cynthia Dawn Ritchie accused ex-Prime Minister Yousaf Raza Gillni of embracing her in an objectionable manner while a “close friend” of hers from the party “massaged” her shoulders. 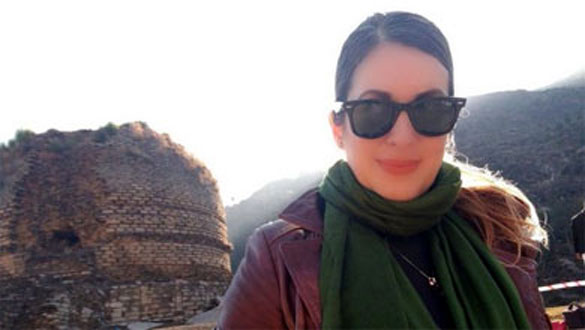 This allegedly happened in 2011 when the PPP was in power. When she was “molested”, the Presidency was occupied by Asif Ali Zardari, and Gillani was prime minister. Gillani was disqualified by the Supreme Court of Pakistan in 2012. Ritchie also accused the then Interior Minister Rehman Malik of raping her after calling her to his house “in connection with her visa problem”. She says she was regaled with flowers and “an expensive cellphone” before being drugged with a spiked drink and raped. Her driver was given $2000, likely meant for her. It developed later, according to her story, that the rape was “arranged” after her “disclosure” that the late Benazir Bhutto had a secret “love life”.

Both Gillani and Rehman have gone to court against her for wrongful accusation, demanding hundreds of billions of rupees in damages. Ritchie was tearful as she appeared on TV narrating what Rehman had allegedly done to her. She also blogged how Rehman had let Benazir down, running away, allegedly, from the place of her assassination. 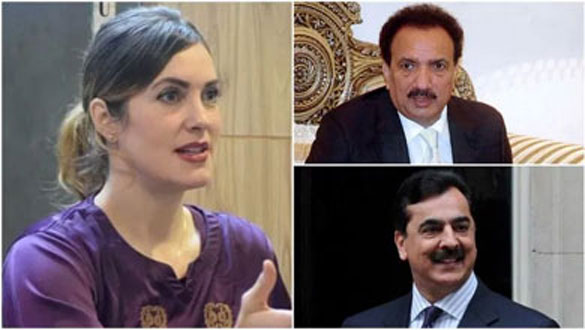 Rehman Malik was the handyman of the Bhuttos and went into exile when the family left Pakistan and had enough money while in the United Kingdom to own a home “just on the other side of Marble Arch off Edgware Road” that became the venue for the signing of the Charter of Democracy by Nawaz Sharif and Bhutto, which set the stage for the ouster from power of General Pervez Musharraf.

What was Ritchie doing in Pakistan after arriving there in 2010? Michael Kugelman, Senior Programme Associate for South Asia at the Woodrow Wilson International Center for Scholars wrote on January 17, 2013, in The News about “Ten Americans doing great things for Pakistan”: “Ritchie is an American traveller and a documentary filmmaker who has been on a mission to present Pakistan to the world exactly as the 200 million inhabitants of the country have known it for seven decades. Pakistan is a fascinating kaleidoscope of culture and tradition, bound by the centuries-old cherishment of common values of hospitality, altruism and an esoteric celebration of family life. These are the things that Ritchie could relate to having been brought up in a traditional family from Louisiana.”

On Ritchie’s YouTube channel, she is shown traversing the “the length and breadth of the vast terrain of Pakistan”, meeting people, “savouring the Pakistani cuisine and even driving a traditionally bedecked Pakistani truck”. After the columns she wrote in the Karachi-based daily Express Tribune, and her documentary film Emerging Faces: Exploring Pakistan’s Hidden Treasures, she likely made contact with the publicity wing of the Pakistan Army. In September 2019, the army chief General Qamar JavedBajwa invited her to attend the Pakistan Defence Day ceremonies.

Her worldview is expressed in the following observation: “People tend to be afraid of the unknown; this is a natural, human response. Our goal is to inform, to enlighten the western audience of the many things we have in common with communities around the world; we aim to encourage communication and reduce conflict.”

She writes in The News (September 29, 2018): “My parents used to tell us kids: If you don’t stand for something, you’ll fall for anything. They insisted I grow up with a thorough, varied education and travel the world — to immerse myself in reality and not be completely dependent on what I see on TV or read in the papers. Educationists call this experiential learning. To this day, education is one of my greatest passions and world travel has become one of my greatest teachers.”