Pakistan’s most well-known dacoit, Uzair Jan Baloch, is once again in the news, having confessed to murdering 198 people during his career as the “boss” of the Lyari Gang in Karachi. He was arrested from the UAE on December 28, 2015, and everyone thought he would be summarily gotten rid of. But he is still around, presenting himself before the courts trying him for murder and billions in extractions (bhatta) shared with the politicians in power. Uzair is also alleged to have provided Iranian intelligence agencies information about the Pakistan Army, and orchestrated hundreds of targeted killings and politically-motivated murders. 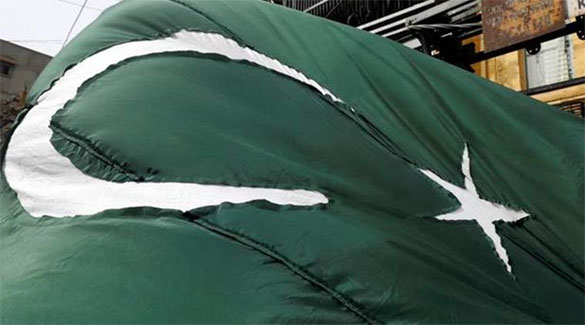 Karachi has been allowed to descend into the Hades of lawlessness because the two parties that rule it — the PPP and MQM — have sought street-power at the cost of the writ of the state.

Uzair is hopefully the last of the Baloch dacoits of Lyari, Karachi’s largest district. If he gets his comeuppance, it will be the end of a classic Sindhi interface with the Baloch legend that linked Karachi to Balochistan on both sides of the Iran-Pakistan border. Most of the “wadero” (feudal) aristocracy of Sindh traces its ancestry to Baloch warriors. Uzair Baloch, scion of a family hailing from Iranian Balochistan, was caught travelling on a fake Iranian passport to the UAE and has to face trial for killing and dismembering his rival Arshad Pappu in the style of the Taliban killers in the north.

After his arrest, Lyari reacted by closing shops, as if in anticipation of inter-gang shootouts. A reluctant Pakistan People’s Party, that couldn’t counter the charges of maintaining a nexus with Uzair’s gang, suffered the mourning in Pakistan’s most dangerous town in silence. As if in expiation, the PPP government in Sindh had issued warrants for his overseas arrest through the Interpol. The 55 cases against him included 16 murders. Uzair was on the run after falling out with the PPP. His first cousin, the famous Rehman Dakait, was earlier killed in a police encounter — once the personal bodyguard of the PPP leader Benazir Bhutto, Rehman had become her party’s biggest enemy.

Who owns Lyari? The Kutchis (Gujaratis) and the Baloch laid claim to it but the dacoits had de facto ownership, riding atop an increasingly corrupt administration and political parties. Abdullah Haroon rose from being a hawker to becoming the “sugar king” of Pakistan. His sons, Yousaf and Mehmud, became chief minister of Sindh and mayor of Karachi, respectively. According to a historian of Karachi, Gul Hassan Kalmati, a large number of Kutchis had come to Karachi during the development process of the Karachi Port between 1901 and 1905.

The Sindhi elite today itself traces its origin to the warlike tribes of Balochistan. Lyari also gave rise to Baloch sub-nationalism pre-dating similar movements in other parts of the country. Asif Ali Zardari, the husband of assassinated ex-Prime Minister Benazir Bhutto, is a Baloch. A special relationship developed between Lyari and the PPP over the years, which later weakened in the face of the ascendance of the Urdu-speaking MQM. In 1987, the wedding reception of Bhutto and Zardari took place in Lyari, which by then had become the most notorious lair of dacoits in the country. The following year, Bhutto was elected to the National Assembly with a big Lyari vote. Two years later, her husband followed suit from a Lyari seat.

Karachi has been allowed to descend into the Hades of lawlessness because the two parties that rule it — the PPP and MQM — have sought street-power at the cost of the writ of the state. Uzair rebelled rather than submit to the PPP’s need to clean up its act. According to rumours, he refused to make way for the entry into politics of a childhood friend of Zardari through a Lyari election. He was protected by the ruling party till 2012; but after his refusal to stand down in favour of his “replacement” don, Owais Muzaffar “Tappi”, they say, all bets were off.

Original Headline: Confessions of a dreaded don are a reminder of crime-politics nexus in Pakistan