Allah's Aspirations for Muslims to Be the Best Ummah Are yet To Be Fulfilled: What Muslims Need To Do To Achieve the Distinction Given To Them in the Quran?

1.    The Quran refers to the Muslims as the best Ummah but no other nation in the world right now is as troubled and backward as Muslims.

2.    One of the reasons for the Muslim Ummah's being called the best is that the Quran wanted Muslims to not only  with worship God, as other religious communities do  but also follow the rules of ethics, values, and morality, including human rights, indeed the rights of all creations of God, Huqooqul Ibaad.

3.    “The Best community” may refer to those who are the best people in dealing with other people, particularly parents, spouses, relatives and neighbours.

4.    Clearly Allah had high aspirations for Muslims that are still to be fulfilled. 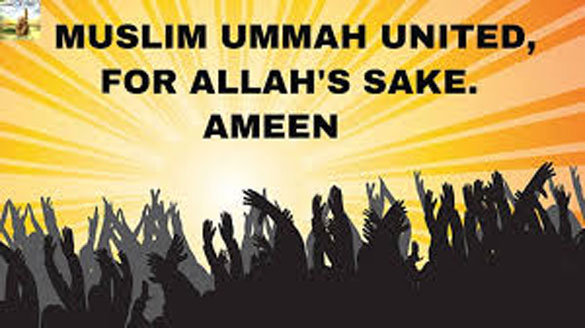 There is no other nation in the world right now that is as troubled and backward as Muslims. What are the reasons? "You are the best Ummah," Allah Almighty declares in the Holy Qur'an, referring to the Muslims. This indicates that other nations should look up to the Muslim Ummah as role models, adopting its culture and morals, and striving to be a successful, safe, and secure nation free of all forms of worldly adversity. But none of this appears to exist in the Muslim Ummah, leading to the question of how Muslims are the "best Ummah." We have absolute confidence and solid belief that there can be no place for any form of doubt in Allah's utterance, as Allah Almighty declares, “...And whose Words are more true than those of Allah?” (4:122)

In reality, Allah, the Blessed and Exalted, revealed not only that “You are the best Ummah produced for mankind” (4:110) but He Almighty specified certain requirements for Muslims to be the best Ummah. Obviously, how can this Ummah be deemed the "best Ummah" if the criteria do not remain in the Ummah?

The key of this Ummah being "the best," according to Allah Almighty's Holy Word, is that this Ummah was sent into the world to live for the benefit of all humanity. What a comprehensive notion! In this one line, Allah Almighty has placed a tremendous duty on the shoulders of the Ummah. This duty has been defined as the injunction to do good and not to commit evil. If this Ummah has these distinguishing characteristics, then it is a good Ummah; otherwise, it may lose its distinctiveness. The important thing to remember here is that whoever commands good deeds and forbids evil must also perform good and avoid evil. This isn't to suggest he doesn't do good things and encourages others to do good things.

After believing in Allah, His Messengers, Books, Angels, it is the believer’s responsibility to learn religious knowledge and understand how many things are good and how many things are bad in Allah's eyes, such as good and evil in regard to worship and other religious norms, good and evil dealing with Muslims and non-Muslims, morals and etiquette, and so on. On the subject of Muslims and non-Muslims, I would want to suggest that enjoining good and prohibiting evil may imply that their human rights should be protected. In no way should they be persecuted. Without prejudice or discrimination, justice should be served to them. They should not be mistreated in any way. On a human level, sympathy and kindness must be extended to them, and so on. It is not only about demanding good and forbidding evil in this circumstance, but also about performing good things on a practical level. If we succeed in this regard, we will have earned the right to be called the best community.

According to the popular commentaries of the Quran, “The Best community” may refer to those who are the best people toward other people. If the Muslims become the best toward other people, they can be rightly called ‘the best. Consider whether this aspect, as well as passion in its practical form, is still present in this Ummah. This verse encourages us to think on more than just a few parts of life but to engage in an all-encompassing introspection that encompasses all facets of existence.

The significance of this verse is that this Ummah was not made for itself, to fulfill its desires, to live its life just for itself, or to deal with itself; rather, all nations and creatures were created to live their lives, and this Ummah was created for the wellbeing of others. Even an animal lives its life, therefore what sets this Ummah apart is that it has been entrusted with a huge obligation, an all-encompassing responsibility, to look after the wellbeing of individuals from all walks of life. 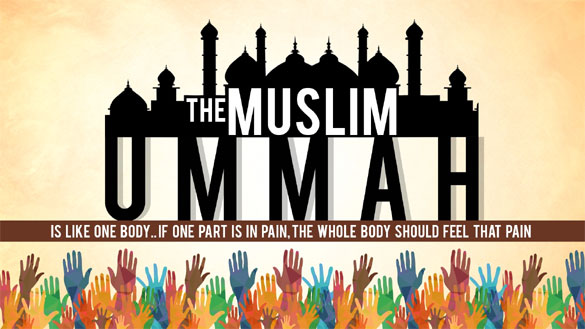 And this isn't limited to worship; rather, it applies to all stages of life. Muslims, according to this verse, should serve people from all walks of life, guiding them to the path of righteousness and success, and saving people from harm and loss. Allah declared in the verse, “For mankind,” not “For Muslims,” indicating that Allah Almighty did not impose the burden of Muslims solely on this Ummah. On the contrary, this Ummah has been charged with the immense responsibility of ensuring the success of all of the world's nations.

It is also an undeniable fact that without education, serving and guiding all of the world's nations in all aspects of life is impossible. As a result, it is easy to deduce that Muslims should be knowledgeable in all of the legitimate sciences and arts of the world, because it is impossible to achieve goodwill, correct instruction, and protect someone from harm without education. Muslims would not be able to fulfill the role of "the best Ummah" unless they achieve prominence in the field of education.

At the same time, it is imperative to pay attention to religious education, because for Muslims, Islamic education has the same status as the soul within the body. Just as the body without the soul is a corpse, so also Muslims without Islamic education are nothing but a living corpse.

In short, in the light of this verse, the reasons for the current plight of Muslims are that they are living a life of unconsciousness and negligence. While they have been sent into the world with the responsibility to care for the benefit and loss of all those who live in this world, but they forgot this great responsibility in their personal lives. The second reason is that Muslims have lagged far behind in the field of education and art and to lead a nation in any field without education is just a dream.

The third factor is that their religious ties have deteriorated significantly. Religious teachings and Islamic morals are all vanishing from their lives. As a result, Muslims should think about these reasons and take action to address them. If they consider these factors, they will achieve success and prosperity, and the entire world will regard them with respect and dignity.

Kaniz Fatima is a classic Islamic scholar and a regular columnist for New Age Islam.