Malala Bashing Is Easy, Protecting The Muslim Family Is Hard

Malala Bashers Feel A Constant Existential Threat To Their Faith

1.    Pakistanis rail against Malala on Nikah.

3.    Malala bashers should convert all their negative energies to positive contributions by railing out against excessive and expensive Nikah rituals.

4.    Nikah, whether religious or civil, is nothing but a contract. 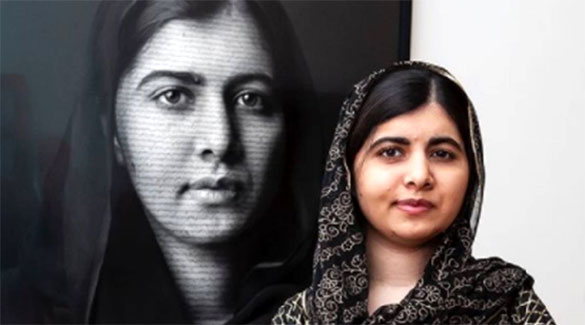 Malala bashing happens sporadically. A lot of Chavli (nonsense) is hurled. Such bashers feel a constant existential threat to their faith. They create a senseless social media storm and then it’s back to business as usual until the next round. It is not clear whether such people have anything positive to contribute beyond Malala bashing. Of course, social media venting can be cathartic, but the question is then what?

Islam restricts sexual relationships through a legal contract. The word Nikah itself refers to coitus and the Mehr (dower price), according to Imam Shafi, was the Thamam Al Bud (the vulva price), which was given to the woman in exchange for exclusive sexual access to her private parts. The Hifz Furuj (protection of the private parts) verses 23:5-6 restrict sexual access to wives and concubines. While there was a limit of a maximum of four wives, there was no limit to the number of concubines one could have. Indeed, the 17th century Damascene jurist Haskafi stated:

“If a man has four free [wives] and a thousand concubines and wants to buy another [concubine] and a man reproaches him for that, it will be as if [the man] had committed unbelief.”

With the dismantling of the institution of slavery and advent of the modern age, there were reforms and marriage with minor girls, who just had their menstrual period and therefore considered Baligh (post puberty), was eventually prohibited. In Saudi Arabia, the Wahhabi scholar Ibn al-Uthaymeen (d. 2001) went against the Ijma (consensus) on the validity of forced marriages of minor girls that was based on the Hadith pertaining to Aisha in Sahih Bukhari. In Tunisia, reforms on marriage were introduced and Muslim women could marry outside the faith. Based on Hanbali jurisprudence, women could stipulate conditions in the Nikah contract against polygamy. Additionally, it is well understood that parental consent is not required for Nikah as it is a contract between two adults with witnesses.

All of this allows us to question that when riled up Pakistanis rail against Malala on Nikah, which version are they trying to defend? The one which allowed marriage of minors, the one with unlimited concubines, the one with the vulva price, the one without parental consent, the one with stipulations against polygamy or the one which grants women autonomy to marry outside the faith?

There is a wide spectrum on the understanding of Nikah here and this includes a partnership. After all, Nikah, whether religious or civil, is nothing but a contract. And a civil partnership, based on mutual consent, can be ethical just as a religious contract like Halala, based on what could be termed legalized prostitution, can be unethical.

This is reminiscent of the Halal (permissible) versus ethical issue on mass animal slaughter. Indeed, while someone can follow the technical rules of cutting the jugular veins and reciting the Kalima (testimonial of faith) to certify the meat as technically Halal, the way the poor animals are mistreated in confined spaces and mass factory production systems, constitutes Zulm (oppression) and renders the meat unethical.

Returning to the concerns of Malala bashers, if they are really serious about protecting Islamic institutions, then they should focus less on Malala’s interview to a British fashion magazine and more on what Islamic system they want for Pakistan. I hope most Pakistanis would reject the outdated Fiqh (juristic) definitions of Mehr and marriages of minors. Additionally, many women and men would reject polygamy, as they seek an equal Shareek e Hayat (life partner), not a subordinate receptacle for sex, and given how difficult it has become economically to raise a single family.

In fact, Malala bashers should convert all their negative energies to positive contributions by railing out against excessive and expensive Nikah rituals, by pushing back against undue hardships that are placed on women expected to work outside and at home, and by pushing back against corporatization that exploits men who must work at least two jobs to raise their family on a meagre wage. Additionally, they need to push back at the culture of dick pics brought by social media and ensure that we do not raise youth with a supreme sense of self entitlement where they treat other human beings as objects or commodities to be had, used and disposed of.

But then again, railing against Malala is easy. Actually protecting the Islamic family institution is hard and demands consistent effort than once a while public jerk off.