Ms. Amina Wadud, We Are Ashamed

Salaam, peace be upon you, Ms Amina Wadud! Coming as you do from the land of the First Amendment, the capitulation of the Tamil Nadu police and government, academics and intellectuals including the head of an institution of higher learning in the face of a threat from “factions of the ignorant” (your words) to disrupt your scheduled lecture at Madras University cannot but have caused you deep anguish. 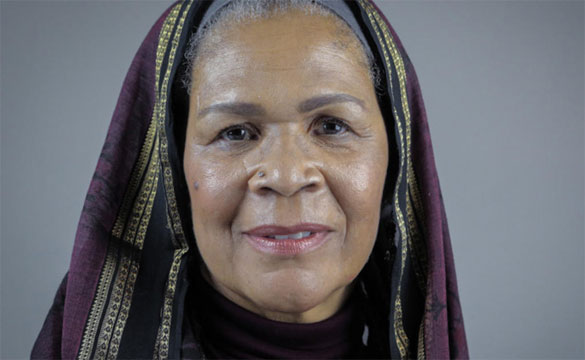 The unsavoury experience has upset you enough to say goodbye forever to our country with a message: “People of India, you have a chance to redeem yourselves for your own best interest. Do not be silent when the ignorant speak, claim your voice.” The sad truth is that too many of us have learnt to find safety and security in silence while the intolerant do all the speaking and the custodians of the Constitution stand as mute witness at best.

“I am no longer willing to give to India,” you have now announced. You of course have the option of returning to your own country and the freedoms it guarantees. For us, India means country, country means India; going away is no option. We painfully acknowledge that if we do not give whatever it takes to “redeem ourselves,” there will soon be nothing worthwhile left for our country to give back to us.

So even as we nurse our shame and lick our self-inflicted wound, Khuda Hafiz and bon voyage to you, Ms Wadud. Permit me to add that while I fully understand your anger, your “no longer willing to give to India” suggests certain arrogance. This seems to me discordant with your many words and deeds with which I am somewhat familiar.

Let me assure you there’s enough within India’s past and present if we only knew what to take. For example, if America and South Africa could benefit from what Mahatma Gandhi had to give, so can we. If anyone is in desperate need for what you, “Sister in Islam,” especially have to give, it is Indian Muslims, one-sixth of the entire global Ummah. Even if they do not know it, the biggest losers from your decision to withdraw are 150 million Indian Muslims, women in particular.

You have rightly been harsh in your criticism of the Tamil Nadu government and police, Madras University and intellectuals in general. But I strongly suspect that you grossly underestimate the menace of what you call “fringe groups” and “factions of the ignorant” in your indirect references to Chennai-based Muslim outfits that started this ugly episode. I believe what we are dealing with here are in fact the city’s “mainstream Muslims” who are increasingly behaving as an “army of the intolerant.”

In September 2012, a coalition of some 20 different Muslim organisations from Chennai triggered an attack on the supposedly tightly-guarded U.S. consulate in Chennai, damaged property and forced it to suspend visa processing activity for days. What was the provocation for this violence? A film called “Innocence of Muslims.” Produced by some nut in the U.S., it was immediately trashed by Muslims and non-Muslims across the globe.

I asked a good Muslim friend from Chennai at the time why people like him did not protest against such mindlessness.

This is what he told me in response: “I fully agree that such misconduct deserves to be strongly condemned. But what can we do considering we are small in numbers? If the police could not prevent an attack on a consulate under their protection, who will protect us when we are targeted by the same goons?” I had no answer to offer to my friend.

You cannot but be aware, Ms Wadud, how such wanton violence, or the threat of it, fuels Islamophobia in India and around the world. Perhaps, in your interest and ours, you should consider tweeting a message now addressed to Indian Muslims.