How Ismat Chughtai Stood Up for Freedom of Speech 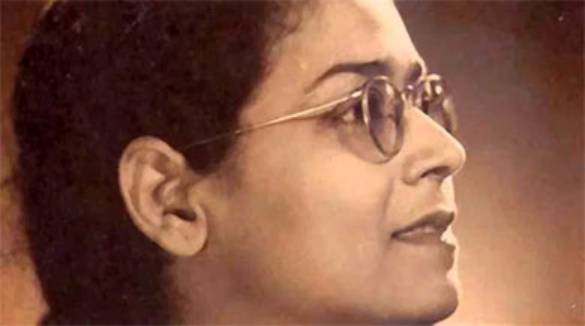 Ismat Chughtai (1915–91), one of the most powerful voices in Urdu literature of the 20th century, was known for her free and fearless explorations of feminine sexuality and middle-class morality in her writing, and for the fierce determination with which she defended her right to express herself. While she wrote prolifically, her best-known work is the short story Lihaaf (Quilt), which explores the theme of homoeroticism and for which she was brought before a judge on charges of obscenity – along with Saadat Hasan Manto, who was being tried on the same charge for his story Bu (Odour). This essay is an account of the trial.

I went to stay at Mr Aslam’s house with Shahid Sahab. Hardly had we exchanged greetings that he blew his top over the alleged obscenity in my writings. I retaliated like a woman possessed. Shahid Sahab tried to restrain me, but in vain.

‘You’ve used such vulgar words in your Gunaah Ki Ratein! You’ve even described the details of the sex act, just to titillate,’ I said.

‘What do you mean?’ His face was flushed with anger.

‘What I mean is – God has made you a man, I had no hand in it, and HE has made me a woman, you had no hand in it. You have the freedom to write whatever you want, you don’t need my permission. Similarly, I don’t feel any need to seek your permission for writing the way I want to.’

‘You’re an educated girl from a decent Muslim family

‘You’re also educated. And from a decent Muslim family.’

‘Do you want to compete with men?’

‘Certainly not. I always endeavoured to obtain higher marks than the boys in the class and often succeeded in that.’

I knew that I was being pig-headed as usual. Aslam Sahab’s face was red hot with anger. I was afraid he would hit me or his jugular vein would burst. Shahid Saheb was aghast, almost in tears. I assumed a softer tone and said humbly, ‘Aslam Sahab, actually no one had told me that it was a sin to write on the topic with which “Lihaf” is concerned. Nor had I read in any book that such a…disease…such aberrations should not be written about. Perhaps my mind is not an artist’s brush like Abdur Rahman Chagtai’s but an ordinary camera that records reality as it is. The pen becomes helpless in my hand because my mind overwhelms it. Nothing can interfere with this traffic between the mind and the pen.’

‘Wasn’t any religious education imparted to you?’

‘Aslam Saheb, I’ve read Behishti Zevar. Such explicit things are written there…’ I said innocently. Aslam Saheb looked upset. I continued, ‘When I read it in my childhood I was shocked. Those things seemed vulgar to me. But when I read it again, after my BA, I realized that they were not vulgar, they were important facts of life about which every sensible person should be aware. Well, people can brand the books prescribed in the course of psychology and medicine vulgar if they so want.’

…I had teased him enough. To make up for it I now began to praise his writings. I had read Nargis and Gunaah ki Ratein and began to praise them in superlative terms. Eventually he came round to the view that a deliberately stark style of narration made for both clarity and instruction. Then he began to enumerate the merits of all the books that he had written. Now he was in a genial mood.

‘Tender an apology to the judge,’ Aslam Saheb advised gently.

‘Why? Our lawyer says that we’ll win the case.’

‘Nonsense! If you and Manto tender your apologies, the case can be wound up in five minutes.’

‘Many respectable people here have put pressure on the government to bring the suit against us.’

‘Nonsense!’ Aslam Saheb said but he could not look me in the eye.

‘Do you mean the King of England or the people in the government have actually read the stories and thought about filing this suit?’

‘Aslam Saheb, some writers, critics and people in high positions have drawn the attention of the government to the books as being detrimental to morality and urged to ban them,’ said Shahid Saheb in a subdued tone.

‘If morally detrimental writings are not banned, should we offer homage to them?’ Aslam Saheb growled and Shahid Saheb cowered in embarrassment.

‘Then we deserve punishment,’ I said.

…We appeared before the court on the day of the hearing. The witnesses who had to prove that Manto’s story Bu and my story Lihaf were obscene, were all present there. My lawyer instructed me not to open my mouth till the interrogation began. He would answer the queries as he thought fit.

Bu was taken up first.

‘Can you put your finger on a word which is obscene?’

Lawyer: ‘My Lord, the word “chest” is not obscene.’

Witness: ‘No. But here the writer means a woman’s breasts.’

Manto was on his feet instantly and blurted out: ‘A woman’s chest must be called breasts and not groundnuts.’

The court reverberated with loud guffaws. Manto too began to laugh.

‘If the accused shows frivolity a second time he will be turned out or punished for severe contempt of court.’

Manto’s lawyer whispered into his ear and he understood the situation. The debate went on. The witness could find no other word except ‘chest’ and it could not be proved obscene.

‘If the word “chest” is obscene, why not knee or elbow?’ I asked Manto.

…The court was crowded the next day. Several people had advised us to tender an apology. They were ready to pay the fine on our behalf. The excitement surrounding the lawsuits was waning. The witnesses who had wanted to prove Lihaf obscene were thrown into confusion by my lawyer. They were not able to put their finger on any word in the story that would prove their point. After a good deal of reflection one of them said: ‘This phrase… “Collecting lovers” is obscene.’ 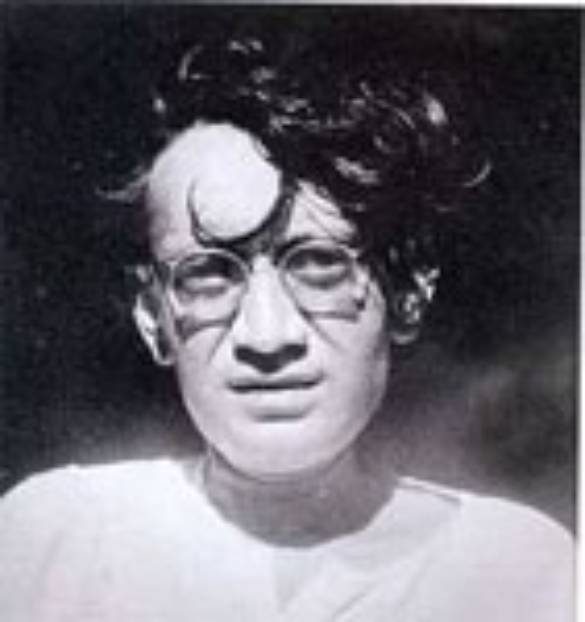 ‘Which word is obscene: “collect” or “lover”?’ the lawyer asked.

‘My Lord, the word “lover”has been used by great poets most liberally. It is also used in naats, that is, poems written in praise of the Prophet. God-fearing people have accorded it a very high status.’

‘But it is objectionable for girls to collect lovers,’ said the witness.

‘Because… because it is objectionable for good girls to do so.’

‘And if the girls are not good, then it is not objectionable?’

‘My client must have referred to the girls who were not good. Yes, madam, do you mean here bad girls collect lovers?’

‘Well, this may not be obscene. But it is reprehensible for an educated lady from a decent family to write about such things,’ the witness thundered.

‘Censure it as much as you want. But it does not come within the purview of law.’

The issue lost much of its steam.

‘If you agree to apologise, we’ll pay up the entire expense incurred by you…,’ someone I didn’t know whispered into my ear.

‘Should we apologize, Manto Saheb? We can buy a lot of goodies with the money we’ll get,’ I suggested to Manto.

‘No. You don’t know what a quarrelsome fellow he is! He’ll make my life miserable in Bombay. I’d rather undergo the punishment than risk his wrath.

The judge called me into the anteroom attached to the court and said quite informally, ‘I’ve read most of your stories. They aren’t obscene. Neither is Lihaf. But Manto’s writings are littered with filth.’

‘The world is also littered with filth,’ I said in a feeble voice.

‘Is it necessary to rake it up, then?’

‘If it is raked up it becomes visible and people feel the need to clean it up.’

I was not terribly worried when the suit was filed, neither did I feel elated now that I had won it. Rather I felt sad at the thought that it might be a long while before I got a chance to visit Lahore again.