Muslim Australians Self-Identify With the Way They Interpret the Quran Concerning Ethical, Social, and Theological Issues

In his widely-read book on Shariah, Mohammad Hashim Kamali observes that Islam today suffers from an “overly legalistic tendency which the latter-day Muslim jurists have embraced at the expense sometimes of the spirit of Islam, its moral and devotional teachings.” For the past several decades, governments of some Muslim-majority countries, leading institutions of Islamic education, and imams in mosques across the world have given higher priority to law over ethics in teaching and preaching Islam. At the extremes, misuse and misunderstanding of the term Shariah has been associated with horrific crimes against humanity in the name of Islam and anti-Islam hysteria among far-right groups in the West. 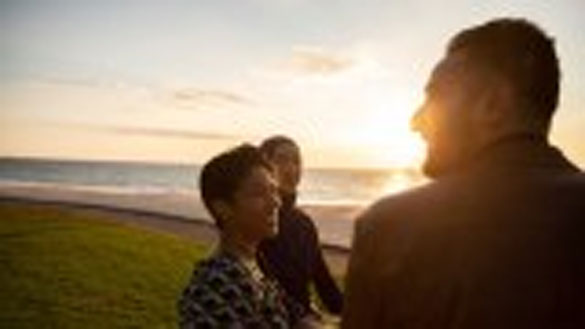 Terms like Shariah are used almost synonymously with Islam as if what is stated as Shariah law is Islam. Kamali notes that “the tendency to over-legalise Islam is common across the board in the writings of both Muslims and orientalists.” This is in spite of the fact that the Qur’ān seldom uses the word Shariah, and does so not in relation to law but one’s path or way of life (45:18). Moreover, analysis of all of the major and minor collections of the sayings attributed to the Prophet Muhammad (hadith) shows that he very rarely used the terms Shariah or Fiqh (jurisprudence), and never framed Islam in reference to them. In the handful of instances they do appear, Shariah and Fiqh are used in accordance with the Quranic definitions of a path and understanding respectively, rather than law or jurisprudence.

Want the best of Religion & Ethics delivered to your mailbox? Sign up for our weekly newsletter.

Over the past two decades, there has arguably been more scrutiny and study of Islam than any other religion, including by Muslims. A recent survey of Islam in Australia collected responses from 1,034 Muslim Australian citizens and permanent residents and found that for most Muslim Australians, ethics rather than law influences their understanding and lived experiences of Islam. This was observed in the way the respondents self-identify, the way they interpret the Qur’ān, and in their responses to questions concerning ethical, social, and theological issues.

The influence of ethics over law in how Muslim Australians think about Islam was perhaps most clearly shown in responses to a number of questions concerning ethical, social, and theological issues. 95 per cent said, “Marriage should be based on mutual respect rather than the subservience of one spouse to the other.” Concerning human equality, 93 per cent said, “People of all religions and no religion should be treated equally”; and 84 per cent said, “Women should be given the same rights and opportunities as men.” Additionally, 93 per cent said, “someone who dies attacking innocent civilians is not a martyr”; and 92 per cent said, “halal certifiers should assess the ethical treatment of animals as part of the halal certification process.”

In relation to how Islam is taught and preached, 83 per cent said, “environmental sustainability should be given higher priority in Islamic discourse,” while 76 per cent said, “there needs to be more emphasis on Islamic ethics rather than jurisprudence when teaching Islam.”

In spite of the emphasis some Muslim preachers and anti-Islam activists place on sharīʿah law in defining Islam, this seems to be inconsistent with the way most Muslim Australians understand, interpret, and express Islam today. In accordance with the original teachings of Islam, law has its place but is not its defining aspect. Perhaps due to the misuse or misunderstanding of sharīʿah as law, most Muslim Australians show a preference for ethical over legalist thinking about Islam. Preachers and opponents of Islam who continue to define Islam by sharīʿah seem out of touch not only with the Qur’ān and hadith, but also the views of contemporary Muslim Australians. Further research is needed to determine whether this may be apparent in other Muslim-minority as well as Muslim-majority contexts.

Halim Rane is an Associate Professor of Islamic Studies at Griffith University where he leads the Islam in Society field of study. His latest journal article is titled “Islam in Australia: A National Survey of Muslim Australian Citizens and Permanent Residents.” He is the current president of the Australian Association of Islamic and Muslim Studies (AAIMS).

Original Headline: Ethics rather than law influences most Muslim Australians’ understanding of Islam