Islam Is a Religion of Peace and Security, Says Sufi Scholar Maulana Misbahi Who Was Recently In the News for Being Questioned By the Delhi Police

It would be interesting to know the views on Jihad and militant verses of the Quran held by Maulana Yaseen Akhtar Misbahi, a noted Sunni-Sufi scholar, who was in the news recently for having been picked up by the police for questioning in the pre-Obama-visit security sweep of Delhi. He was picked up for a couple of hours by the police from Zakir Nagar, Okhla area of Delhi for questioning about the numerous telephone calls he receives from Pakistan. He was let off when it became clear that he is known for his moderate views and writings on Islam and Jihad and the phone calls he gets from Pakistan are from his moderate Muslim fans. He was released after an hour-long questioning with an apology by the chief officer of the police station. 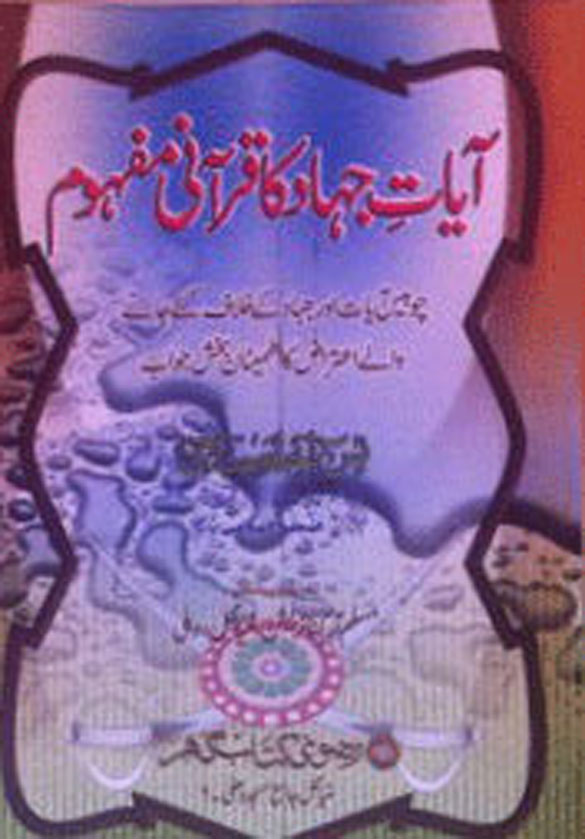 Maulana Misbahi has written a book on the Qur’anic essence of Jihad in Urdu titled “Aayat-e-Jihad Ka Qur’ani Mafhoom” (Verses of Jihad and their Qur’anic Meaning) published from his own Darul Qalam, Delhi in 2007. His theological views stand broader and distinct from majority of the Indian Sunni-Sufis and Barelvis by steering clear of polemical issues that set the different Muslim sects against each other. He believes that disagreements between adherents of different religions and even among the followers of the same religion are natural and unavoidable. All we need to do is coexist with them adhering to our own schools of thought”.

The English translation of a few passages from the foreword of “Aayat-e-Jihad Ka Qur’ani Mafhoom” (Verses of Jihad and their Qur’anic Meaning) will give us a holistic view of the book:

"The fact that Islam is a religion of peace and security is as bright as the sun. Without doubt, there is no room for violence or tyranny and there is no secret agenda within Islam. According to Islam, all human beings have the right to peace, security and freedom. The massage of Islam is one of safety and security and this is not limited to any specific country or area. Rather, the mercy of Islamic peace is extended to all people, regardless of race, culture or location."

"Although there are certain verses of the Qur’an which mention killing and murder, there is a specific reason and context behind these verses. However, a group of people have taken these verses out of context and have not tried to understand the story behind them and raised objections against these verses and against the Holy Qur’an. It has become the habit of these people to portray Islam as a religion of murder and mayhem and especially in this era of sectarianism all over the world. They are using these verses to turn people against Islam and its teachings. It is the effort of these narrow-minded people to portray Islam as a violent and dangerous religion and Muslims as aggressive mischief-makers. By portraying Islam as having been spread by the sword and Muslims as blood-thirsty savages, the attempt is being made to turn global public opinion against Muslims and the religion of Islam."

"The reality is that Islam was spread by the sword of great character and morals. The esteemed prophets and the exalted ambassadors of Islam illuminated the lands they visited through their morals and character in spite of having to face great cruelty, opposition and hostility of people. There were occasions when they had to take up arms in order to defend themselves against those who were threatening them. This is the Jihad (struggle) that is the Sunnah of the prophets."

At the end of the foreword of this book, the writer concludes: "this book answers the objections raised against certain verses of the Qur’an in a clear and concise manner which will satisfy all readers."

Besides writing a complete book on Jihad and its implications in the 24 Qur’an verses, Maulana Misbahi has often expressed his views on this theme through various Muslim media. One of the leading Urdu Islamic Monthly magazines Jaame Noor (New Delhi) took an interview with leading Ulema (clerics) of various sects on Jihad. These leading Islamic scholars were Maulana Abdul Wahhab Khilji (Former Director General Markazi Jamiat Ahl-e-Hadith), Maulana Shafee Monis (Jamat-e-Islami), Maulana Wahiduddin Khan and Maulana Yasin Akhtar Misbahi. Each of them is looked upon as representative of his own sect in India, except Maulna Wahiduddin Khan who openly denies association with any sect and relies upon his own interpretation of Islam. Now I am quoting below three important questions on Jihad and their respective answers by Maulana Yaseen Akhtar Misbahi with a view to understand his views on Jihad:

Q: Do you agree with the organizations active in waging war in the name of Jihad in various countries?

“One can neither blindly approve every act of the Muslim organizations active in different countries nor side with them. Similarly, it is not morally correct to brand every act of Muslim organizations as unlawful, thus go on opposing them. Jihad is an all-embracing term as regards meaning, provided that they not only honour and respect the limits set by Allah but conduct their activities in the most humane manner. The merciless and indiscriminate killings cannot be blindly termed as Qital, which is a terminological word for Jihad in the Qur’an. Various measures taken by the Muslim organizations, in different parts of the world, against their adversaries or the attacks launched by them for that matter can be termed as self-defense mechanism or steps towards taking revenge. But they cannot be termed as Jihad at all.

Q: Does Islam give sanction to suicide attacks in the name of Jihad?

“Suicide has been explicitly declared to be unlawful under all circumstances. This sinful act of timidity earns abode in hell, the place of blazing fire. During the permissible Jihad, if a Muslim launches a suicide attack on the enemies, he earns the recompense of suicide, a grave sin in Islam. And if one launches a suicide attack during the state of non-Jihad, one will reap the dire consequences of two sins: suicide and killing others without reason or rhyme.

Q: During the process of carrying out Jihad, many civilians are indiscriminately killed. Is such killing in consonance with the concept of Jihad in Islam?

Not to speak of the present-day wars in the name of Jihad, even during actual warfare of Jihad, Islam does not permit the killings of innocent civilians, women, children, elderly men and women and those who are engaged in pious acts of devotion in their worship houses. It is also not justifiable, in Islam, to destroy worship places and public institutions. How can Islam justify such acts perpetrated by the fighters?

It will also be refreshing and quite relevant for the readers to recall Maulana Misbahi’s interview to New Age Islam regarding the case of Maulana Salman Al-Husaini Nadwi, renowned Islamic scholar who went against this country’s collective wisdom by writing a letter to greet Abu Bakr Al-Baghdadi, the leader of murderous ISIS jihadists. Maulana Yaseen Akhtar Misbahi, as a leading Indian Sunni-Sufi scholar and representative of Several Sunni organisations in India said to New Age Islam: “how a weird and ignorant man like the self-proclaimed caliph, Abu Bakr Baghdadi can be accepted as a legitimate Islamic caliph? His self-proclaimed caliphate has no basis in the classical Islamic Shariah.”

With special reference to Maulana Ahmad Raza Khan Barevli’s seminal book on the issue of Islamic caliphate “Dawam ul Aaish fi Aaimatil Quraish” and the collection of his Fatwas titled “Fatawa Razwiyah” (part 14), Maulana Misbahi detailed the conditions of the Islamic caliphate and said that Ulema and Islamic jurists have laid out rigorous conditions for an Islamic Caliph to be appointed. “Abu Bakr Baghdadi does not even stand up to the Islamic criterion of the eligibility for being a caliphate in an Islamic country”, he told New Age Islam expressing his grave concerns over Maulana Nadwi’s letter extending support to the self-imposed caliphate of al-Baghdadi. The full interview can be read here:

Maulana Misbahi was born in 1953 in a village in Azamgarh district in eastern Uttar Pradesh. He graduated in classical Islamic sciences at the apex Sunni-Sufi madrasa in India, Al-Jamiat ul-Ashrafiya in Azamgarh, in 1970. He is one of the very few Sunni Barelvis who have taken admission in the Nadwatul-Ulama Lucknow, to excel in the modern Arabic language and writing skills. From then on, his career has been quite atypical of most Sunni Barelvi ulema and he has been known as a moderate Sunni scholar away from sectarian tendencies.

In 1984, the Maulana settled in Delhi and authored several books and articles for various Indian and Pakistani Urdu publications. With the help of local well-wishers and Muslim donators, he established a small building by the name of the Dar ul-Qalam in Jogabai Extension, New Delhi in 1991. Till date, Maulana Misbahi has written more than 20 books, all published from his publishing house, the Dar ul-Qualm. For many readers, it is gratifying to note that some of Maulana’s books aim to promote better relations between Muslims and Hindus.

Ghulam Rasool Dehlvi is a classical Islamic scholar. He has graduated from a leading Islamic seminary of India, Jamia Amjadia Rizvia (Mau, U.P.), acquired Diploma in Qur'anic Arabic from Al-Jamiat ul Islamia, Faizabad, U.P., and Certificate in Uloom ul Hadith from Al-Azhar Institute of Islamic Studies, Badaun, U.P. He has also graduated in Arabic (Hons) and is pursuing his M. A. in Comparative Religion from Jamia Millia Islamia, New Delhi.