Welcome Judgment by The Supreme Court on the Muharram Processions

Citing Covid the Supreme Court refused to grant permission for carrying out Muharram processions across the country and said it did not want a situation where “a particular community may be targeted for spreading” the coronavirus and “we as a court cannot risk the health of all the people”. This is a welcome judgment by the SC as the country is not yet protected from the risk of Covid-19 and that the permission for tazia, akhara and other processions in public gatherings during the month of Muharram might lead to chaos around the country. In compliance with the lockdown restrictions, the Muslims of all sects should avoid public gathering and other un-Islamic activities on the excuse of mourning. 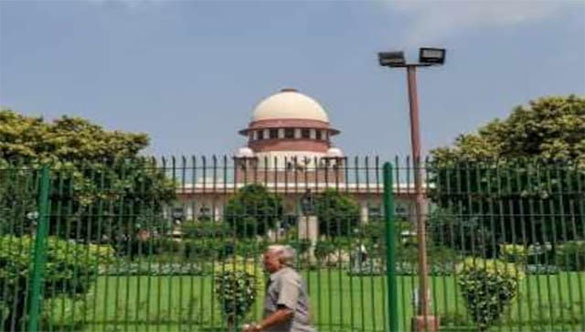 Above all, our love to Hazrat Imam Hussain or mourning for his martyrdom is not to be advertised, but rather it is solely the matter of our hearts. Mourning is not prohibited but the way it is outwardly displayed on the excuse of Taziya now-a-days is a matter of discussion so as to be reformed. In the history we do not find any dignitaries for whom the Muslims have shed their tears as much as for Imam Hussain, the beloved grandson of the Prophet (peace be upon him) and his family members martyred in the tragedy of Karbala.

Just imagining the hair-raising scenes of Karbala, our hearts ache. And Why not?  The beautiful flowers of the Prophet’s garden were brutally trampled by the horse-hooves of the Yazidi army. What would have been the feelings of Imam Hussain at the time when the army of Yazeed would have mercilessly slaughtered his sons in front of his eyes! What would have been the magnitude of the grief of Imam Hussain at the time when an arrow would have struck baby ‘Ali Asghar’s thirsty throat and he would have writhed and died in his father’s lap! What would have been the situation of Shahar Bano, the mother of baby Ali Asghar when she would have seen the blood-stained corpse of her baby! Let us imagine for a moment, what would be the feelings of Sayyidah Zaynab, Sayyidah Sakinah and other members of the sacred family when Imam Hussain would be leaving the camp for being martyred after his sons and other beloved companions had got martyred! Obviously, the tragedy of Karbala will always cause tears in the eyes of the believers. 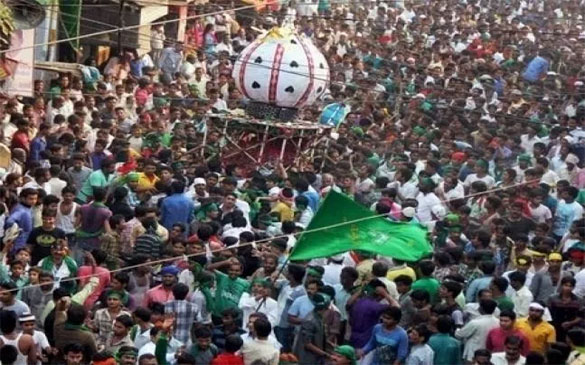 Undoubtedly loving Ahle-bait, Hazrat Ali, Hazrat Fatima, Imam Hasan and Imam Hussain is part of our faith. A famous hadith is thus reported that “The Prophet (peace be upon him) said, “Hussain is from me and I am from Hussain. Allah loves anyone who loves al-Hasan and al-Husayn. They are two of my distinguished descendants.” (Al-Adab al-Mufrad by Imam Bukhari, the Book of Children, Hadith 3). We believers too love them. It is this love that brings tears to our eyes whenever we hear or read the tragedy of Karbala and unforgettable martyrdom of Imam Hussain.

The event of Karbala must ache our hearts as it ached the heart of our Prophet (peace be upon him) when he was foretold as we can see in the following Ahadith or narrations.

It is reported from the father of Abdullah bin Nujayy that he traveled with Hazrat Ali (may Allah be pleased with him), and he used to carry his purifying water.  When they were next to Nainawa on his way to Siffin, Hazrat Ali called, “Be patient Oh Abu Abdillah (the kunya of his son Imam Hussain), be patient Oh Abu Abdillah by the banks of the Euphrates.  I [Nujayy] said, “what is this?”.  He [Hazrat Ali] said, “I entered upon the Prophet (peace and blessings of Allah be upon him) one day while his eyes were shedding tears.  I said, ‘what is it with your eyes shedding tears?’.  He said, ‘Rather, Jibreel was here earlier and he told me that Hussain will be killed by the bank of the Euphrates and he [Jibreel] said ‘do you want me to provide you a sample from his soil [where he will be killed] so you can smell it?’ and I said ‘yes’.  So he extended his hand and he took a grip from the soil and gave it to me so I couldn’t help my eyes to fill with tears'”. (Recorded by Ahmad, vol. 1, p. 85)

It was narrated by Anas bin Malik that the Angel of Rain took permission from his lord to visit the Prophet (peace be upon him) so He gave him permission. The Prophet told Umm Salamah to watch the door so no one could come in. Hussain came wanting to enter and I stopped him. But he jumped, entered, and started sitting on the back of the Prophet (Imam Hussain was a young child at the time), and on his shoulders. Then the angel asked the Prophet, “Do you love him?”. He said, “yes”. The angel said, “Indeed your Ummah will kill him, and if you wish, I can show you the place where he will be killed”. Then, he struck with his hand and came with red clay. So Umm Salamah took it and tied on it in her veil. Thaabit [the sub-narrator] said, “it has reached us that it’s Karbala”. (Recorded in Musnad al-Imam Ahmad, vol. 3, p. 242)

It is reported that the Prophet (peace be upon him) said (either to Aisha or Umm Salamah (may Allah be pleased with them), “An angel entered the house on me, he never entered on me before, and he said to me, ‘this son of yours, Hussain, will be killed, and if you wish I can show you the soil from the earth where he will be killed’. Then he took out some red soil”. (Recorded in Musnad al-Imam Ahmad, vol. 6 p. 294)

From these narrations we know that the Prophet’s eyes shed tears when he was foretold about the martyrdom of Imam Hussain. This mourning is the sign of real love. It is worth mentioning that the Prophet (peace be upon him) did not carry out any procession such as Taziya. Most significantly, the way the Taziya procession and gathering is held today as a sign for “love” to Imam Hussain is not love but rather un-Islamic in many ways.

Apart from creating the feeling of love to Imam Hussain in our hearts, we Muslims must learn the lessons of patience, perseverance, righteousness and justice from the tragedy of Karbala for applying them even in times of calamities. And presently since we are confronted with the risk of Covid-19, we must remember the tragedy of Karbala, being at homes with patience and following the safety and precautionary measures.