“We, the people of India, having solemnly resolved to constitute India into a ‘Sovereign Socialist Secular Democratic Republic’ and to secure to all its citizens: Justice, social, economic and political, liberty of thought, expression, belief, faith and worship, equality of status and of opportunity and to promote among them all, fraternity assuring the dignity of the individual and the ‘unity and integrity of the Nation, In our Constituent Assembly this twenty sixth day of November, 1949, do hereby adopt, enact and give to ourselves this Constitution.” (The Preamble to the Constitution of India) 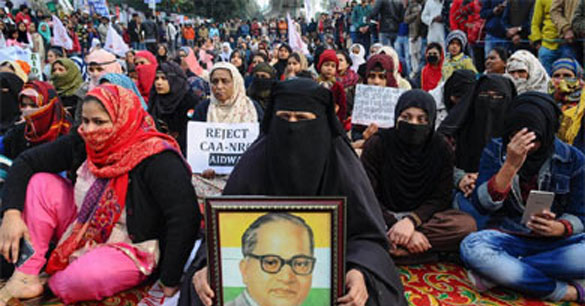 This brief introductory statement is the preamble to the Constitution of India which is also referred to as the preface and reflects the fundamental principles of Indian Constitution to ensure (1) Right to Equality, most significantly a) equal protection of law, b) social equality, c) equal opportunity, d) abolition of untouchability, and e) abolition of title, (2) Right to Freedom, such as freedom of speech and expression, freedom to assemble peacefully without arms, freedom to form associations, freedom to move freely, freedom to reside and settle in any part of the country, freedom to practice any profession or to carry on any business, right to life and personal liberty, (3) Right against Exploitation, (4) Right to education and culture and (5) Right to Constitutional Remedies, etc. 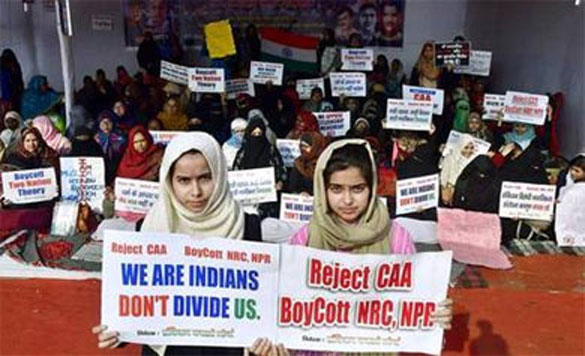 The phrase “we the people of India…” is inclusive of all citizens—Hindus, Muslims, Christians, Jews and Sikhs, to name more significantly. There is no place for any sort of discrimination based on religion, caste, culture and race. The solemnized resolution is on the part of all Indians to secure justice, liberty, equality and fraternity for all people at all levels. The very basic phrase binds the Muslims and non-Muslims into a culture of pluralism and inclusiveness, for which India is known as one of the largest democracies of the world.

More interestingly, the legislature, the executive and the judiciary – all have to pass by the solemnized resolution in order to perform their designated duties respectively, uphold the Constitution of India and equally secure the rights and wishes of the people, with all their sincerity and purity of hearts, without any discrimination.

This is in theory what we read and apply to primarily interpret all other principles, clauses and articles of the Constitution. The lawyers, advocates and judges, all are believed to be expert anchors of the Constitution. However, with the rise of mis-interpretative skills of the devils taken into force by the modern ‘jihadists’ from among ISIS and Taliban, it is highly recommendable for us to be active in not letting our Indian Constitution be misused by the hands reportedly coloured with blood of innocent civilians, women, widows, children, elderly people and the downtrodden.

All this I need to present here is because it is high time we need to bravely and fearlessly utilize lens of the fundamental right to freedom of speech, liberty of expression, and equality of status to read the hottest subject of each and every Indian now as NRC, CAA and NPR. Since the CAA (2019) bill has been passed, the overcrowded protests against NRC, CAA and NPR are taking place day and night all around India. The people are raising their voices not to accept at any cost the three plans that are “a clearly combined threat to their citizenship, life, dignity and security”. In this wake-up call, the students, teachers, lawyers, judges, more prominently women including young and old, all have come on the roads regardless of religion, caste and culture to express their “unity and integrity of the Nation” in the same spirit as mentioned in the Preamble of the Indian Constitution.

The sincere intellectuals, thinkers and journalists who had a dream of seeing the people of India in a clear picture of diversity and video-screens of Ganga-Jamuni culture are now enjoying their ever-seen dream in practice. Sooner or later, the other silent spectators are expected to peacefully come on the roads to support the slogans of ‘Aazaadi’ from hatred, divide-and-rule politics and discriminatory bills. Perhaps they still have a waiting expectation in the Judiciary body, after they have lost trust in the present faces of the legislative body.

Another point to think the other way round is that the widespread protests “will not be a turning point for the Modi-Amit Shah government until “ordinary Hindus” join it in large numbers”. In one of his opinions, Mr Asim Ali says, “The base of the CAA-NRC-NPR protests remains confined to the groups that were already opposed to the BJP government: the largest number has been provided by Muslims, along with liberal middle-class professionals, Leftists, and dissenting students. The surprising participation is of a number of ‘apolitical’ (or politically passive) young people, who might have largely been silent over the past few years. Now, they are speaking out on social media, attending protests, and joining the camp of active, politically engaged dissenters. But even among these, only a handful, if that, would have voted for the BJP in 2019” (https://theprint.in/opinion/foolish-to-think-hindus-who-voted-modi-twice-will-shift-due-to-threat-to-muslim-citizenship/343569/)

What will consequently come out depends on how the anti-CAA-NRC-NPR protests now expand. However, the protestors are likely to have ‘solemnly resolved’ that they will constitute India into the same Ganga-Jamuni culture, pluralism, ‘unity and integrity of the Nation’. They can be seen with fearless attitude and the more the police Lathi-charge the protestors, the bigger support comes to embrace them. It is unlikely that these people of India will stop their protests unless the BJP government shifts its current plans and restores equality, pluralism, and trust by retracting from its stand, as the pulse of the nation is heavily united in the spirit of diversity, be it in silence or demonstration.

Interestingly out of the two different displays of “Islamic conduct” what was being supposed has been proved wrong. The Jihadist ideology was trying to brainwash Muslims to fight ‘Jihad’ for their religion and eliminate the “Kufr-system” of democracy. But the protesting Muslims have rejected the jihadist ideology, exclusion and supremacism. Instead they have proven with their peaceful protests that they will die remaining, though as a minority part of the Indian democracy, but will never walk on the path of violence, nor on the path that leads to ‘detention centres’.

These Muslims were silent on religious issues, such as criminalisation of Islamic Personal Laws and Babri Masjid demolition. It was thought Muslims are afraid. But this has proven wrong. Their silence was merely meant to help maintain peace. They have come out now fearlessly thinking that their beloved constitution is at risk. They think it is high time they proclaim their constitutional and Islamic value of unity in diversity. The protesting Muslims are now seen to be stopping youngsters from chanting Allah O Akbar and La Ilaha Illallah etc, in these demonstrations. They are insisting on keeping protests secular rather than making it religious.

Clearly Muslims believe that the Indian Constitution is of utmost spiritual importance and guarantees safety, security, citizenship and dignity to all who live in the country. They also know that after independence in 1947, they had promised to respect and abide by the values of the Indian Constitution at all cost. So,they should not break their promise, as Islam teaches them the opposite: “And fulfil (every) promise. Verily! the promise, will be questioned about” [al-Isra’ 17:34]. All they need to strengthen their constitutional voice in their wave of protests is be confined to peaceful nature,surely expecting that their demand will definitely be accepted.