The Sacrifices Of Muslims, Especially The Ulama, For The Freedom Of The Country Can Never Be Forgotten 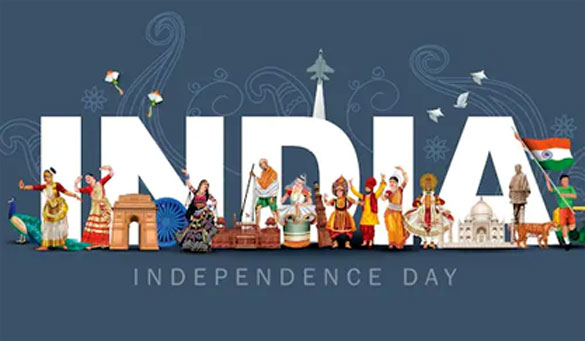 In India people of different colours, different languages and different faiths have been living for a long time. Born in Mecca, Hazrat Mohammad Mustafa ﷺ was elevated to world propaganda, meaning he was sent as a prophet for all the incarnations of the world until the resurrection. The message of Islam could not reach India in the life of the last Prophet Hazrat Muhammad ﷺ, but only 82 years after his death, Islam came to India in the seventh century, 92 AH, through the path of Sindh through Hazrat Muhammad ibn Qasim. At that time, Pakistan and Bangladesh were parts of India only.

Influenced by the conduct and good manners of Hazrat Muhammad ibn Qasim, about 1350 years ago, a good number of Indians had embraced Islam, and since then Muslims have been living in this country with their other compatriots. The Ganga Jamuni culture of India is exemplified throughout the world as people from different faiths have been involved in the development of the country for hundreds of years.

Muslims have ruled in this country for over six hundred years.  From 1526 to 1857, the reign of the Mughal Empire began with king Babar and continued till Bahadur Shah Zafar.  Earlier, the Ghilman family ruled from 1206 to 1290, the Khilji family ruled from 1290 to 1321, the Tughlaq family from 1321 to 1412, the Syed family from 1412 to 1451 and the Lodhi family ruled Delhi from 1451 to 1526. For a long time, Muslims ruled the country but Hindu-Muslim riots never took place. In the Ganga-Jammu civilization, no one was discriminated against on the basis of religion and everyone was allowed to follow his own religious teachings.

The British came to India during the reign of Mughal Emperor Jahangir, and during the reign of Shah Jahan, the British started regular trade. The East India Company gradually started bringing arms and troops to India under the guise of trade, but the Mughal Empire in Delhi was strong enough that the British did not have much success.  But after the death of Shah Jahan's son Aurangzeb Alamgir, who ruled the largest area in India, the Mughal Empire began to weaken. So as the fall of the Mughal Empire began in the eighteenth century, the British began to plan to occupy the whole country. Understanding the dangerous plan of the British, the Mujahideen of India began to confront the British. After the martyrdom of Sher Bengal Nawab Siraj-ud-Daula and Sher-Mysore Tipu Sultan, the British became oppressive and gradually occupied most parts of the country with Delhi.

Meanwhile, Shah Abdul Aziz, the eldest son of the famous Muhaddis Shah Waliullah, saw the atrocities of the British and declared that they should fight against them, after which the scholars came into the field.  Mujahideen like Saeed Ahmad Shaheed and Shah Ismail Shaheed became the martyrs.

Gradually the voices for the country's independence began to raise. When the British began to lament Indians their rights and the common people became concerned about the British government, a regular campaign to expel the British from India was started and in 1857 the Indian people joined together. There was a war with the British, in which Muslim scholars issued a fatwa against the British and stood up against them.

The country was not liberated in the war with the British in 1857, but the learned scholars of India, especially the clerics, came out in the open for freedom. During the war of 1857, the king of India was Bahadur Shah Zafar, who was the last Indian Mughal ruler before the British, whose four sons were beheaded by the British. Zafar was cheated and arrested and sent to Rangoon forever.

Since the scholars were at the forefront of confronting the British in the war of 1857, the British took revenge on the scholars as well, so more than forty thousand scholars were hung on the gallows. Seeing this brutal treatment of the clerics, a group of scholars laid the foundation of Darul Uloom Deoband on May 30, 1866, to protect their religion and country, whose first student (Shaykh ul Hind Maulana Mahmood Hassan) used the “silk handkerchief” to overthrow the British. Maulana Abul Kalam Azad sounded the trumpet of independence through Al-Hilal and Al-Balagh newspaper. Mahatma Gandhi led the Dandi March and the Satyagraha movement.  In 1942, the movement “ Britisher leave India” was started.

The war for the country's independence which began with the British from 1857 was finally completed on August 15, 1947. Our country was liberated, but sadly the country could not remain one, and got separated from India in the form of Pakistan and then Bangladesh. This country was liberated from the common cause of the Hindu Muslim and the selfless sacrifices of the scholars. Thousands of scholars and millions of people have sacrificed their lives for the freedom of this country. These are the Mujahideen of independence, my grandfather, Hazrat Maulana Muhammad Ismail Sambhali, whose speeches made the British dread and made him suffer for many years in prison.