Though mostly populated by Muslims, Indonesia was founded in 1945 based on a secular-oriented ideology, Pancasila, that remains today as an ideological pillar of the nation. It embraces a neutral position about Indonesian citizens’ faith and declines to endow a single majority religion, namely Islam, with a formal dominant status. But while Indonesian politics formally embraces a model of separation of religion and state, it actually places common religious/spiritual values at the centre of nationhood, as epitomised by the first principle of Pancasila: “Belief in the One and Only God.” Indeed, Indonesian society, including the public sphere, is marked by a high degree of religiosity that is particularly salient within the Muslim majority and minority Christian congregations. 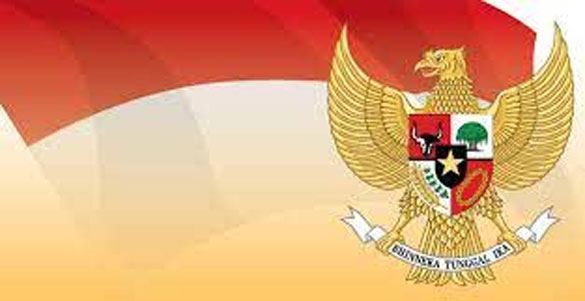 Indonesia’s transition to democracy in the late 1990s triggered the creep of Islam into politics, in various manifestations that were previously suppressed by authoritarian regimes. Examples include the emergence of Islamic political parties that have joined the Parliament; implementation of Shari’a (Islamic law) bylaws at a regional level; and instrumental use by hardliners of the democratic public sphere for street politics that provokes intolerance toward religious minorities and has promoted identity politics that have not left certain mainstream politicians untouched. So perhaps it is no wonder that Indonesian authorities have seemed to be very careful in their domestic policies, lest they provoke an emotional Islamic backlash.

During the last few years, Islam has also appeared to have had more impact on Indonesia’s foreign policy, including seeking to employ the distinctively moderate characters of Indonesian Islam in a form of “soft power” diplomacy. Hence, it is worth examining how Islamic life in Indonesia has been affected by the current coronavirus pandemic.

In February, while neighbouring countries were already reporting confirmed cases and experts were sceptical of claims that Indonesia was free of confirmed infections, the Health Minister Terawan Agus Putranto, a devout Christian and former military physician, stressed the importance of prayer, even calling on Muslim clerics to encourage it. He attributed the alleged zero coronavirus cases in Indonesia at that time to prayer, saying that as long as Indonesians uphold Pancasila, which espouses the idea of belief in God, praying is of utmost importance. At the same time, he argued that his country was taking the necessary medical measures.

And then, on March 2, the first two coronavirus cases were confirmed. Criticism of the Government’s mishandling of the pandemic increased and was mainly directed at Health Minister Putranto for his supposedly arrogant, anti-scientific attitude, including allegedly dismissing significant scientific reports suggesting that Indonesia must have unreported cases. Soon after that, a significant increase in infection rates was detected, with Jakarta as the epicentre. Later on, the province of East Java would come to record the highest daily number of cases.

Consequently, Indonesia moved to more substantial measures, including a large-scale policy of social distancing that has inevitably affected the normally vigorous religious life among the Muslim majority. It included appeals by the Government and leading Islamic organisations to avoid religious gatherings – including suspension of the significant communal Friday prayers – and directives to pray at home instead. It appears that there was not complete obedience to these directives – mosques in urban areas, generally speaking, obeyed, whereas many mosques in rural areas continued to maintain congregational prayer.

The effects of the pandemic on Islamic life were particularly significant during Ramadan (April 23-May 23), which usually involves many communal events and mass worship. It made for a holy fasting month unlike any seen before, as was the case across the Muslim world. For example, the tarawih prayer, a nightly prayer normally undertaken in mosques, was performed at home.

Yet notably, in parts of Aceh province, located in northern Sumatra and known for its particularly strong Islamic identity, congregational prayers in mosques were held during Ramadan.

In addition, it was officially advised that the iftar meal, which breaks the fast after sunset and is normally of a communal nature, and the sahur meal, taken just before sunrise, should be eaten individually or with only immediate family at home.

A particular issue for the turbulent period was manifested by a significant cultural marker of Ramadan in Indonesia, the mudik. This is the local tradition of return by tens of millions of migrants from the cities to their places of origin ahead of Eid al-Fitr – known in Indonesia as Lebaran – the festival that marks the end of Ramadan. So on April 21, two days ahead of Ramadan, when it was learned that millions still planned to travel to see their families for Lebaran, the largest number of them from the Greater Jakarta area, the then-epicentre of the coronavirus outbreak, the President announced a ban on the mudik. It was a shift from a previous policy of merely advising not to participate in the mudik, and was criticised at home for being too slow, half-hearted, and lacking in enforcement.

The case of the Hajj, the annual pilgrimage to Mecca, this year set to begin in late July, is also notable. The pilgrimage to Mecca has played a significant role in shaping Islam in Indonesia, enhancing religious commitment and creating feelings of unity with the umma, the global community of Muslims. It became clear in late February that there would be uncertainty regarding the Hajj when Saudi Arabia suspended arrivals by foreigners for the umrah, the lesser pilgrimage to Mecca. In late March, the kingdom asked Muslims worldwide to put their plans to perform the Hajj on hold, until the situation could be clarified.

Since then, many Muslims in Indonesia who had been planning to take part have been in limbo, awaiting a Saudi decision. As the country with the world’s largest Muslim population, Indonesia has been given the highest quota of visitors for the Hajj. In the second half of June, Saudi Arabia announced it would hold the Hajj only for the very limited number of Muslims of different nationalities who are already currently residing in the kingdom. Indonesia’s Government said it appreciated the Saudi decision for prioritising the safety of pilgrims, and described it as a step that follows Islamic precepts.

Since June, Indonesia has started to gradually move to what is called the “new normal” – attempted to revive the economy by easing protective measures, in particular in areas that are considered as COVID-19 free “green” zones, the lowest risk areas and the “ yellow” zone areas of low to moderate risk. There has also been a limited reopening of places of worship.

In fact, however, the daily increase in the number of new cases has not slowed. With more than 86,000 confirmed cases and more than 4,100 dead (as of July 19) Indonesia is now the worst-hit country in Southeast Asia. Experts are concerned that any further easing of restrictions could see the situation become even worse. Criticism of the professional performance of the Health Minster has also not diminished.

As the current situation is fluid and uncertain, conclusions about the Indonesian situation must be tentative. Nevertheless, certain observations can be suggested about Islam and religion in Indonesia during this turbulent period.

Both Nahdlatul Ulama (NU) and Muhammadiyah, huge Islamic organisations which are strong, influential partners of the government, have given tremendous support to it by adopting a very responsible stance and fair-minded approach. They have been guided by public health interests and scientific expertise, enabling the government to manage the struggle against the pandemic through restrictive policies that could potentially have impacted some strong religious and social-cultural sensitivities in society. This is especially true given Islam’s strong presence in the national life of Indonesia and the Muslim majority having experienced an increasing trend toward conservatism in recent decades. Both organisations have played an important role in preventing religious gatherings, including communal prayers, by deploying their great credibility on religious matters among the Muslim majority. They both have also seemed to display careful, fair-minded attitudes about reopening places of worship.

The second observation relates to the episode that saw a Christian Health Minister implicitly connect with the Muslim majority through shared religious spirit, by stressing the importance of prayer in the context of the national ethos of Pancasila. This highlights the distinctive ideological context of Indonesia. Indonesians often cite a statement by the late Abdurrahman Wahid (1940-2009), NU’s former charismatic leader and the first democratically elected president of Indonesia, that the country is a negara bukan-bukan (neither-this-nor-that state), that is, neither religious nor secular. It seems that this stormy period has revalidated this statement in a distinctive way, despite the rise of extremist Muslim forces in the public sphere in recent years.