In a region of civil war (Syria, Yemen, Libya), hardening dictatorship (Turkey, Egypt), nuclear build up (Iran), and potential water calamity (Iraq), where in the Middle East outside Israel can one find the good life? Surprisingly perhaps, in the United Arab Emirates, a country in the Persian Gulf.

Two basic facts set the scene. First, the UAE has the near-unique distinction of being (along with Switzerland), a country ruled by committee, a unique one: the seven rulers of the seven individual emirates. Further, those rulers are embedded in extended and influential families. This combination makes it difficult for one individual to dominate the country or to rule as a narcissist. At the same time, each sovereign (notably, the emir of Dubai) enjoys wide latitude within his own domain, giving each emirate a distinct character. 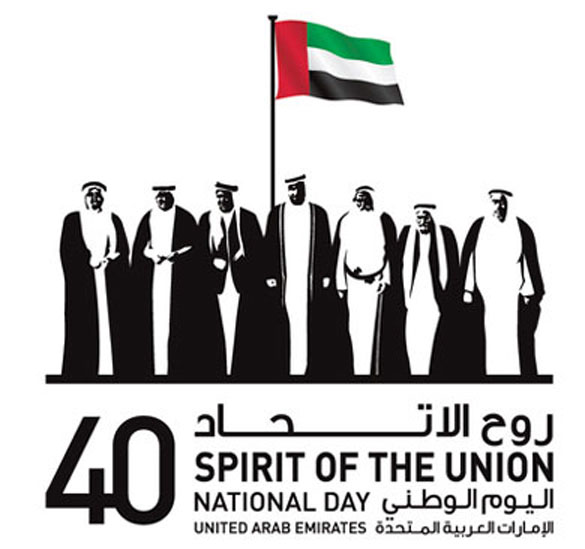 The logo of the seven rulers for UAE National Day 2015.

Second, a compact between rulers and ruled means the former enjoy a broad authority in return for providing stability and prosperity. As in other Persian Gulf monarchies (with the slight exception of Kuwait), a combination of tribal past and oil-rich present creates a society in which the usual give-and-take of politics barely exist, replaced by an all-encompassing paternalism joining the power of a government that need not tax with the protectiveness of a tribal chief. Rather than democracy, the rulers host political soirées open to all.

Paternalism implies simple rules: No challenging the rulers. Never try to reduce their power. Maintain public decorum and discretion. The result is a society focused on family and social relations, mall-shopping, entertainment, travel, and other innocent pleasures for children, families, and couples. Eroticism, edginess, and radicalism are unwelcome. News from the UAE tends to be bland, about the emir's meetings, oil price fluctuations, store openings, bridge closings, times of prayer, and sports scores. The flamboyant Atlantis Hotel in Dubai brings Las Vegas to mind, except gambling, booze, and prostitution are to varying degrees illegal. Global Village, also in Dubai, feels like a Disneyland spinoff. 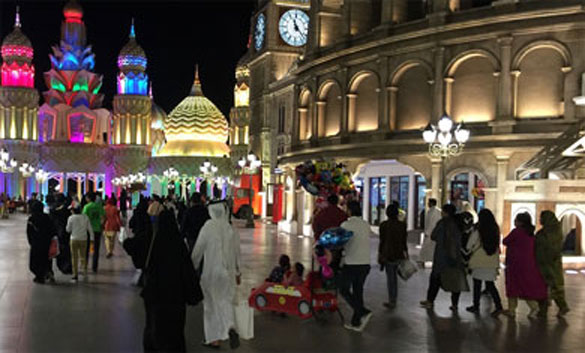 In private, residents (subjects and expatriates alike) are largely left alone. Political discussions, political ideologies, alcohol, drugs, sex – are all ignored on condition of prudence and never threatening the public order. Ceiling cameras are ubiquitous but videotapes are reviewed only when there's specific cause.

Although the system mostly works, it feels confining to foreigners accustomed to the hurly-burly of a free political marketplace, maximal self-expression, and the right to challenge mores. Anyone wanting to range outside acceptable Emirati boundaries is advised to live somewhere else, as punishments can be dauntingly severe.

Two examples: A British duo who met at an all-you-can-drink champagne brunch then unwisely wandered off to a beach to make out (their version) or engage in intercourse (the government's version). They soon found themselves in a shot-gun marriage, fined, suffering mental problems, serving a 3-month jail term and then deported. An Australian woman irritated by a car taking up two disabled parking spaces knew Emirati customs well enough to obscure the license plate on her photograph before posting it on Facebook; nonetheless, the owner of the offending vehicle complained to the authorities about being insulted. They promptly arrested the Australian, strip-searched, convicted, jailed, then deported her. 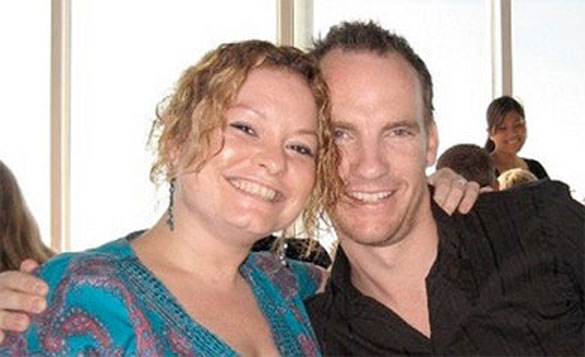 Michelle Palmer and Vince Acors, off the beach.

Worse, the ruling family can misbehave with impunity. Issa bin Zayed Al Nahyan, a brother of the ruler of Abu Dhabi, videotaped himself sadistically torturing and nearly murdering an Afghan merchant whom he accused of cheating him out of $5,000. But – unlike the Australian woman – Issa suffered no consequences because the interior minister, another brother, arranged for him to be found innocent.

Fortunately, due to social constraints, this sort of depravity is quite rare in the UAE. Compared to most Middle Eastern countries, the Emirates have found a formula for success. Committee rule has its limitations but, compared with the dictators dominating nearby countries, it looks pretty good. Hypocrisy is not charming but it beats the religious oppression found in next-door Saudi Arabia.

My conclusion is one of caution. Whatever the UAE's faults and they are plentiful, pushing for a more democratic government and a free-wheeling society risks spoiling this oasis of calm and opening the country to the furies that dominate the rest of the region. Better to leave it be and encourage its influence.

Apr. 11, 2016 addendum: Comes news today of an unnamed American woman, 25, on trial for insulting the UAE and its leaders through verbal assault at Abu Dhabi Airport. See if you can make sense of this report in the National: She

told the court that she was just waiting for a taxi when two men approached her did not like the way she spoke to them. The woman told the judge that she did not know why she was on trial and that nothing happened. "The men tried to help me. I had another flight to catch at 1.29am. I refused to engage with them and nothing happened," she said. ... The woman said that she has been in jail since February 23 and asked the judge if she could just pay a fine to get out of jail.