Today is the 7th Iftaar, and after the Salaat and dinner, I decided to catch up with reflecting on Ramadan. 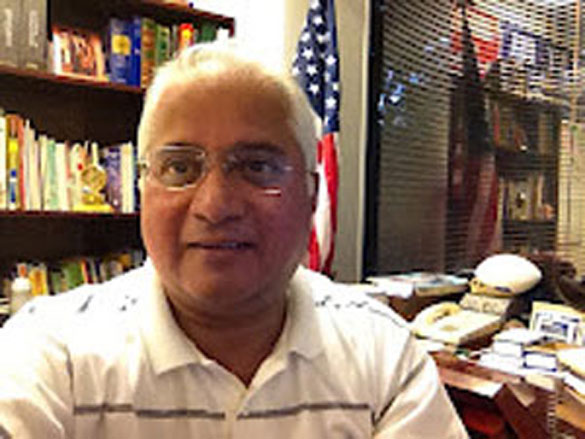 I received the following email from my African American Muslim friend who reads my writings, “Mike; I keep sending you such information because someday likely you will meet our Brother and I want to start to introduce you now and before any actually meeting because I am very aware of the opinion of many immigrant Muslim of us and generally it is not good and some have told me to my fact "You All are not Real Muslims" ......not realizing that it was us that paved the way for them to have some peace here.”

Although I have addressed the above in bits and pieces, I wanted to focus on it and hope our Imams can address it in their Juma Khutbas.

Stereotyping is a common pit that most of the humanity keeps falling into over and over again. It is judging the whole community, ethnicity or a nationality from the experience with one. As Muslims we get frustrated when we hear dumb statements like Muslims are terrorists, Arabs are rude, xxxx are not truth worthy…. and stuff like that, and yet shamelessly we indulge that ourselves.

I am sure most all Muslims can enthusiastically quote Prophet’s last sermon that no one is superior to the other… the question is, do we really mean it?

Much of the wisdom and guidance in Quran boils down to; the things you need to do to keep a balance in the society, where no one has to be afraid of the other. Islam in one word is Justice.

Don’t we realize that Islam was a solution to generate peaceful (Islam) societies by knocking the arrogance out? Arrogance is the root cause of most conflicts and troubles. Do we realize Allah was clear whom he likes the most and the least? Just as you want your home to be in order, Allah wants his creation to be in order and that order is harmony among people and things.

The note from my African American friend is a common with most of the humanity, but as Muslims we have specific instructions and guidance to avoid judging others. The word Taqwa has become a technical term and seems to have lost its essence.

You can argue all you want to argue about African Americans, Arabs, Pakistanis, Indian, Bangladeshis, Rohingis, Somalis or any one… but the fact is you will be buried with the same respect as others whether you are a Sunni, Shia, Ahmadiyya or any religion, and your body will decompose at the same speed as others. You are not superior to the other when you are in that grave, your grave will get exact same sunshine, rain or winds as others.

Look at the practices in Islam - the Salaat and fasting for instance, what do they do to you, and what is the cumulative effect of it? Iqbal said it well, “Tujhe kya milega namaaz may” what do you get out of fasting and prayer, if it does not make you a humble person. Humility broadly means treating, feeling and acting equal, be it your employee, spouse, kids or others; Muslim or not. How do we measure up?

Pathetic material came up in the Economist yesterday, how Shia and Sunni are denigrating each other and calling each other infidels? Do they throw the Prophets’ last sermon out of window? Do they follow the Sunnah? I hope our Imams are urging their congregants not to denigrate others, absolutely not, for their own good in the long haul - so they can live in a safer society.

Religion, ethnicity, nationality and race should never be slapped with false labels for the acts of a few. Statistically, if you meet “one” Muslim, Hindu, Christian or a Jew and he or she turns out to be a bad person; you can claim that 100% of Muslims, Hindus, Christians or Jews are bad.

And if you meet two of each and only one of them turn out to be a bad dude, your statistic is halved; only 50% of Muslims, Hindus or others are bad.

But when you meet 1000 of them in each group, most likely the following statistics will emerge.

95% of people in every religious group get their religion right

02% of people in every religious group are enforcers, tyrants

02% of people in every religious group are easy goers

01% of people in every religious group are intolerant ones

The statisticians can tell what a reliable sample is, which will yield similar results no matter where and when you test. This has been my observation of several groups that I have been a part of for nearly 20 years, and a part of my e-lists that I mail to Atheists, Baha'i, Buddhists, Christians, Hindus, Jains, Jews, Muslims, Native Americans, Sikhs, Wicca, Zoroastrians and others.

I hope the Imams can pull verses from Quran and emphasize the ills of prejudice and stereotyping, instead of frightening with hell fire, which means nothing to many. God loves us all and wants us to live in peace and that is the summary of God’s will.

Not sure how many Muslims and others can shed their arrogance and prejudice towards others, I  want to assure every Muslim, yes, every Muslim that he or she can count on receiving full dignity and respect from me, for them and their belief and their tradition, whether they are a denomination of a Islam or of any religion. We are all God's creation (Children is not the descriptor in Islam) and as a symbolic gesture, I will visit your sacred place without hesitation, simply to honour your uniqueness that God has endowed you.

Thank God for his guidance, I have made the time to visit every denomination among Muslims and have been with Aztecs to Zoroastrians and every one in between. I am confident of my faith that I follow and give respect to everyone who is confident about their faith. When you do not have a strong faith, you shy away from knowing others and run from others,  God wants us to know each other (49:13),  so together we can create cohesive societies that are good for you and I and everyone around us.

This is what God wants, to get along and keep the social, economic, spiritual and emotional world in balance and harmony with oneself and with others.

About My Israel-Palestine trip in Ramadan

The pictures are of Iftaar and Suhoor at Masjid-al-Aqsa and Bait-al-Muqaddas and a street in Jerusalem. If you wish to see 250 pictures of entire Israeli and Palestinian lands, let me know, I will send you the link. I have travelled from Jerusalem to Golan Heights in the north and from Haifa down to Tel Aviv and in between been to Jericho, Nablus, Nazareth and other cities.

We corrected misinformation about Islam on the tour bus, the tour guide said Islam has six pillars, the first one is Jihad and she explained it means killing the infidels. It was not easy, but the tour operators agreed to change. I must give credit to Israelis on that thing. I am not sure, if I would have been thrown out of the bus in Islamic nations if I had stood up and wanted to correct misinformation. However, I have also seen the disgraceful walls of apartheid which weakens and ensures insecurity to the Israeli society for years to come. As Mother Teresa says, they need to dialogue.

Insha Allah, I will be in Jerusalem again in December and hope to check out if they are still giving out false information.  Two Dutch Imams and I were on the bus, we did our Iftaar with the dates and we gave the Adhan as well in the bus. If you have an interest in seeing my individual share of work, please visit http://www.israelPalestinedialogue.com

Please mark your calendar for the Unity Day USA, a positive event that brings all Americans Together to rededicate our pledge for a peaceful, prosperous and secure America. We are a part of America and we need to feel and live it. If you liked some of the article, you will like the description of Unity Day USA atwww.UnityDayUSA.com

Mike Ghouse is committed to building a Cohesive America and offers pluralistic solutions on issues of the day. He is a professional speaker, thinker and a writer on pluralism, politics, civic affairs, Islam, India, Israel, peace and justice. Mike is a frequent guest on Sean Hannity show on Fox TV, and a commentator on national radio networks, he contributes weekly to the Texas Faith Column at Dallas Morning News and regularly at Huffington post, and several other periodicals across the world. The blogwww.TheGhousediary.com is updated daily.