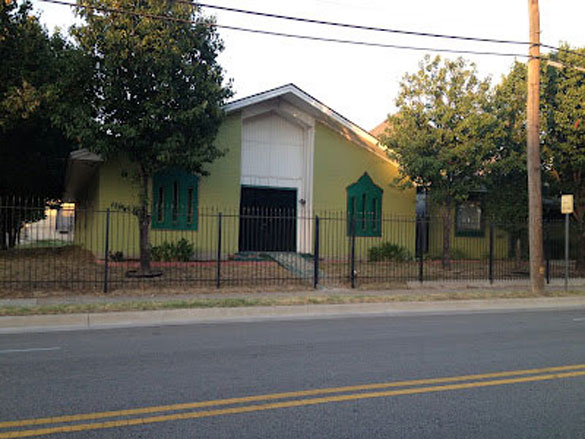 Masjid Al-Islam follows the Warith Deen Muhammad tradition of Islam which is identical to the Sunni tradition.

This is one of the two oldest Mosques in Dallas established in 1968, the other one was on Baghdad street in Grand Prairie, [a predecessor of the Richardson Mosque (Day 2)] another suburb of Dallas/ Fort Worth.

Imam Warith Deen is known as the America’s Imam for his interfaith work. Thanks to him for the work, it is actively carried out with the greatest enthusiasm. One of them was a series called what do the Prophets Abraham, Moses, Jesus and Muhammad mean to Jews, Christians and Muslims. It was an enlightening program. I had asked Rabbi Stern to switch the name from Moses to Muhammad, the anchors to the story are same, they way he described them. We recognized Alexis and Marzuk Jaami for their interfaith work at the Unity Day USA in 2009.

I speak at a few South Dallas Churches on Pluralism and Islam, mainly African American ethnicity, one of them was the Church of Living God and the other is Lifeway Church.  The WD Muhammad Imams have a strong fellowship and relationship with the Churches surrounding the Mosques. I am perhaps the only non-African American Muslim that participates in their programs. We talk about unity but need to practice and be a part of each other. It is time to bring the change.

Two of the greatest contributions of Imam Warith Deen Muhammad were the outreach/interfaith work and transitioning nearly 1.5 Million Muslims from Nation of Islam to the mainstream Sunni Islamic tradition some four decades ago, that is one massive conversion. The African American Muslim constitute nearly 1/3 of Muslim in America, the other 3rd is Subcontinentians and the rest re from different nations. Currently 6 Million Americans are claimed to be Muslim, but really don’t know how many, but that is the number quoted by everyone including President Obama, and he is not a Muslim, but his father was. An idea that is difficult to comprehend elsewhere in the world, but it happens in America.

The Dallas Masjid started out as Mosque on Forest Avenue around 1968. The current location at 2604 S. Harwood in Dallas was purchased in April 1980 by Imam W. D. Muhammad. The dedication ceremony was held in May, 1980 with Imam W. D. Muhammad present.

By the way, one of the first Islamic schools was established in this building, the big house in the picture next to Masjid is called Sister Clara Muhammad School, a fine institution of learning.

I am blessed to have known all the four Imams at this Masjid, with fairly regular interactions. Two of them, Imam Yahya and Imam Shakoor are pictured at this link - http://worldmuslimcongress.blogspot.com/2012/07/dallas-interfaith-imams-and-ramadan.html

I met Imam Qasim Ahmed a month ago at the Week end conference celebrating the life of Imam Warith Deen Muhammad - Khalid Shaheed and Qasim Ahmed are in the picture at, along with Imam Dr. Muzammil Siddiqi, Dr. Yusuf Zia Kavakci and Mike Ghouse. Imam Larry Shariff is also the Imam at this Masjid. http://theghousediary.blogspot.com/2012/06/wd-muhammad-appreciation-week-in-dallas.html

They follow the same tradition as the Sunni and Ahmadiyya in terms of Salat and breaking fast rituals.

I have been to this Masjid for Juma Prayers (different Mosque), this was my first time to visit this Mosque for Iftaar, I called and left a message for Imam Yahya and Imam Larry Shariff…

The Masjid is closed; the Iftaar is usually on the weekends.  It was amazing to see the deserted streets from 8 PM on wards. The Iftaar was at 8:36 PM.

I have to share this story. The female dog in the picture was my only company for a while, I got out of the car to take a picture of the Masjid, as the name board was hidden in the trees, and she ran towards me, I jumped back into my van. She seemed harmless, but I did not want to take the risk of getting bit and the hassle of the Rabies shot. She followed me where ever I went… she must have a lot of puppies, as the milk feeders were full.

Mike Ghouse is committed to doing his individual share of building cohesive societies and invites you to the 8th Annual Unity Day USA on Tuesday, September 11, 2012. Details at www.UnitydayUSA.com, it’s an event that builds bridges and uplifts every American.