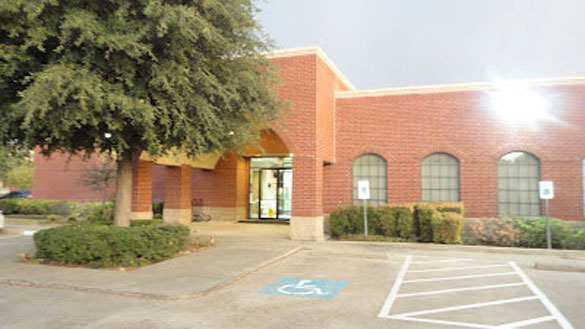 Alhamd u Lillah, today is the 24th Iftaar, and I wondered at the beginning, if I would be able to write different things each day, thank God for making each day, a uniquely different experience.

Which Masjid did you connect with?  That was the first question Imam Birjas asked me,   I knew right then, that he and I were going to have a great dialogue. The sign of a good leader (Imam) is that he or she asks questions and patiently listens. He has both those qualities.

He is a great believer in feedback, indeed, without it you will never know if the intended teaching was received by the congregation. Apparently he had a survey on the https://www.facebook.com/valleyranchmasjid and asked his members, what they would like to hear in Friday Sermons, and then would incorporate the thoughts in his Qutbas (Sermons).

We discussed the relevancy of Friday sermons, and honestly, the youth will get on their smart phones instead of listening to something they don’t connect with.  While we were discussing this, the young fellow sitting next to Imam was participating in the conversation.

As someone who listens to sermons of different faiths, it was a delight to hear that Imam Birjas also listens to Joel Osteen, whose sermons can be easily converted to Friday sermons using the similar quotes from Bible that are in Quran. He summed it up pretty well; his sermons are more motivational than religious! 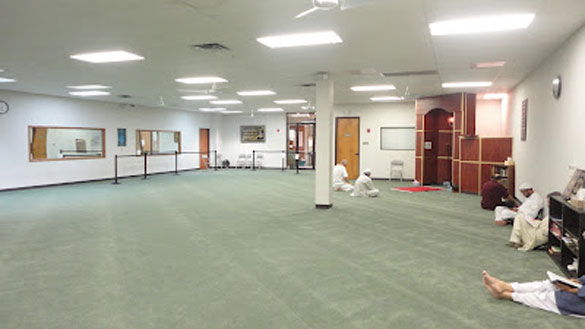 Which Masjid did I connect with? Each one of them!  If we broaden our horizons, i.e., if we give up pettiness and embrace the Aalameen like Allah, Quran and the Prophet, every place is home to us. The blockade is from within, looking down at other’s practices or calling them weird or not connecting with others will not lift us up. I experienced that yesterday; I was reluctant to go to Colleyville Mosque as I did not know any one there, but found out I knew many. The idea is we have to learn to make home every place we visit; making home means feeling at ease. Today, I walked into Valley Ranch Masjid, I knew no one, but felt right at home. Thanks to Imam Birjas for making that happen. Again, there were a few who had mentioned seeing me on Hannity show.

Imam Birjas shared a powerful thought on the topic of relevancy in terms of racism. Racism in the broadest terms is looking down on others for the way they look, talk or act.  What did Satan do? He refused to accept the leadership of the newly created Adam, he thought the man was inferior to him and he ain’t going to bow to that thing.

He sees racism of race, religion, and ethnicity has origins in the original disobedience.

There is a need to include the topic of stereotyping in Juma Sermons, as I have found, a few Muslims make outlandish statements like, “that Mosque is Wahabbi funded, they follow Saudi Arabia, they are Arab dominated, Pakistani dominated and statements like that,  and we are better than them, the hell we are better than them! Some of us put out a lot of rubbish without any proof.

The late Dick Sartin, a real right winger whom I dealt with in the early 2000, was boycotted by both Jews and Muslims for his false statements. He trapped a few Muslims to talk with him in a negative way about other Muslims, which boomeranged in 2003, causing a lot of investigations into Richardson Mosque and the Imam. We need to cut that crap about denigrating other Muslims without any damned proof. Those few handfuls of men should be ashamed of quoting from their other mouths about the last sermon of the Prophet (pbuh) which says no one is superior to the other. 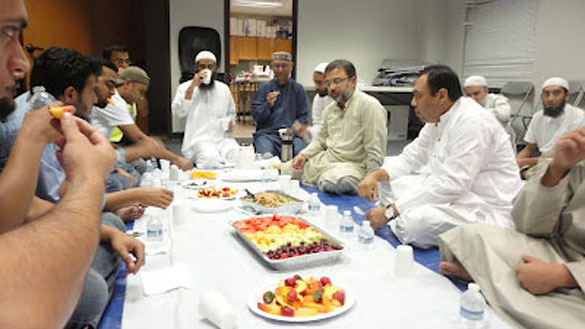 The Iftaar dinner was healthy and I liked it. Good amount of Salad well cut baby cucumbers and carrots in the midst of lettuce, corn salad, and Hummus to go with Pita bread and of course Rice. Ha, they forgot any sauce, curry or liquidy thing to mix with Rice, or maybe I did not see it.   The Iftaar breaking had a lot of fruits, good fruits!

The Imam being Palestinian, Kuwaiti, Jordanian and an American had a special brand of black coffee that I can drink frequently. You don’t drink the whole cup; you pour a few spoonfuls and sip.  I cannot take coffee in black, but this was exceptional. The Imam has patents to this, so we cannot make it on our own. No, I am just kidding.  He will share the formula with you. 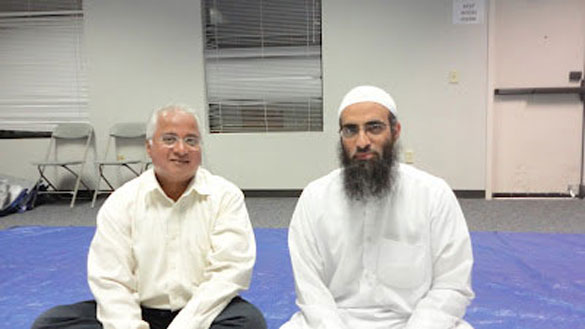 We talked about the Quran translations, and I literally jumped when we agreed that the translations of Hilali Taqiuddin Khan caused much of the Islamophobia, and the legitimate fear it generated among the right wing Christians and Jews. Indeed, I walked away from Islam some 46 years ago, because of such hateful translations towards Christians and Jews and walked back in some 15 years ago after studying different translations and finding the truth. More about it at: http://Quranconference.blogspot.com/

He said, being an Arab, he rarely reads the English translations, but when he does, it offends him to see mistranslation by Hilali Khan. I am glad he has a good library of translations of Quran; indeed, I have a good number of translations. I have promised to present him two translations; Reformers Quran by Edip Yuskel and Translation by Maulana Wahiduddin. No translation is a final answer; you have to check several to get the essence of it. Finding the truth is your own responsibility, as on the Day of Judgment, no one but you is accountable for your actions.

I have not worn Perfume in 40 some years, on the 2nd day of Iftaar, at Richardson Mosque, a ubiquitous volunteer, who wears a red tall Turkish cap, came and put a tiny drop of perfume on my hand… and tonight, Imam Birjas placed tiny drop on my right hand… I still smell it, it is soft.

The breaking of fast to the Maghrib prayers were similar to the Masaajid in Irving, Richardson, Allen and Plano.

Apparently someone is going to take the oath, the Shahadah to become a Muslim tonight; I did not stay for the whole sets of Taraweeh prayers.

America is a great equalizer, something Islam is built around as well. Of course we have learned now that wearing Arabic customary clothes does not make one holy.  One of our great Imams is from Turkey and does not wear the Muslim “garb” (Lol- Juan Williams). Do we (non-Arabs) automatically assume that an Imam wearing the Muslim garb is seriously qualified to be Imam over a guy like me or you, who wear regular clothes? Do we have the prejudice? If the Hafiz tonight was wearing Jeans and T-shirt would you value him the same as the Imam tonight who wore the full Arab Regalia?  Is our religiosity measured by externalities?

Take it easy, you will find that the Rabbis, Pundits, Pastors, Shamans and clergy of other religions also make a point to wear clothes that separates them. Should they?

Here is your invitation 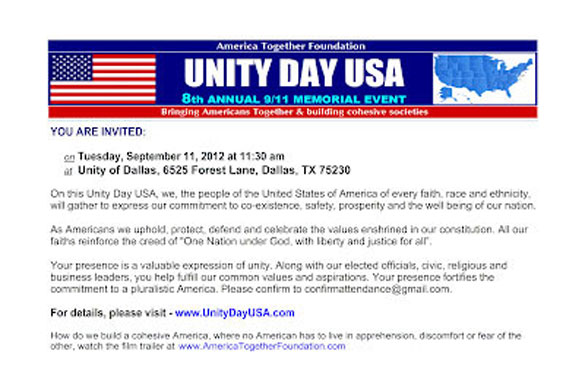 Each mosque and each tradition is uniquely different.  Insha Allah, I will do my best to keep that uniqueness intact, however, it is not easy to write different things each day for the whole month, and we have just about 5 or 6 days left!  I hope this has been a meaningful journey for you. I urge you to jump in and experience it yourselves.

Americans Together, a film by Mike Ghouse. No American has to live in apprehension or fear of the other. There are solutions, and here is a trailer of the movie in making:  http://www.youtube.com/watch?v=YMXsTo4VYh8&feature=youtu.be