Each mosque and each tradition is uniquely different.  Insha Allah, I will do my best to keep that uniqueness intact, however, it is not easy to write different things each day for the whole month.  If you wish to get a complete essence of this journey in Ramadan, you have to glance at the other days.

Today’s destination is the Shia Masjid in the city of Irving called Momin Centre, in case you are wondering what Momin stands for, here it is: Metroplex Organization of Muslims in North-Texas. Please remember, it is a name, and not necessarily the organization of Muslims. That’s how we name things in the USA, all private entities. 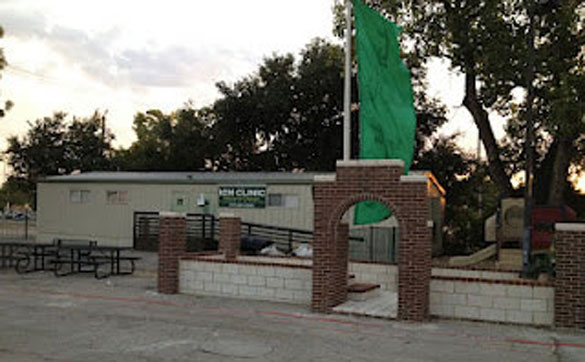 Russia has thrown me off completely with their numbers, but no China today, indeed we have had views from Tibet as well.  There may be a correlation here; I was invited to speak on Pluralism in Islam in Tatarstan, Russia, but I could not go, their budget did not pick up the airfare, it makes sense why so many Russians are viewing this site, indeed, the statistic is similar with World Muslim Congress.org.  It was the same story with Indonesia, did not get to go to speak on Islamophobia.  If they pay for the airfare, I will go and present the papers on various aspects of Islam, particularly on Pluralism in Islam.

One of the first things I do when I visit a Mosque is check on Quran translations; One Hilali Khan’s translation is fraught with deliberate errors. Thank God, that is out of circulation now, but millions of copies are out there in the hands of public doing the damage - it is a sensitive issue and part of the reason for Islamophobia.  The Quran I picked to read was published in Saudi Arabia, the translation of Quran 1-7 was done up well.

Got to meet with the Dr. Mustafa Zaidi, president of the centre and Mr. Sohel Sachak, VP, Insha Allah, I will send them a formal invitation to join us at the Unity Day event with as many members of the centre as they can on September 11, 2012 - by the way, our purpose is to bring all Americans together for a common purpose, to know each other and build a cohesive America. It is a positive step forward. More about it at www.UnitydayUSA.com 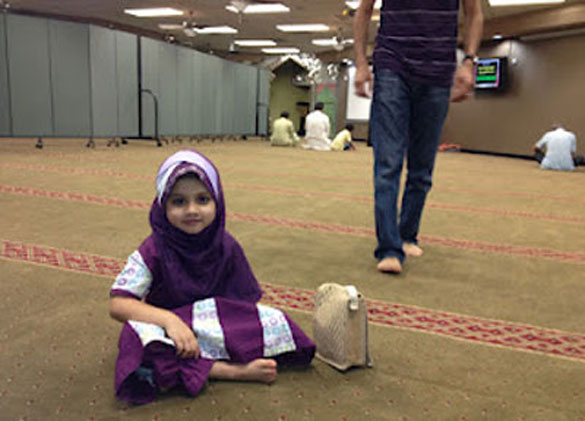 Maulana Raza Usmani is a visiting scholar. In the last three years I have been going to this Mosque, it is a common practice to bring scholars to give dars, education. There is one on Tuesday night prior to Iftaar, if someone wants to go.

The Maulana explained the difference in Iftaar procedure well. Unlike the Sunnis and Ahmadiyya who do the Iftaar on the call for Maghrib (dusk) prayers, the Shias do it after the prayers. He said, they do break the fast on the call, but wait to eat after the supplication at the end of the prayers, they believe that supplication is more powerful after the Dua (supplication). However, on the call, one of the gentleman who knew me, asked me to go with my Iftaar and I did along with a few others. They had an additional item - Lassi, the yogurt shake, and that was delicious. I remembered back home in Bangalore, this was a common thing to serve in the Mosques. I cannot believe, I don't remember its name.

The Shias do the Maghrib and Isha prayer back to back, the Isha is 2 units, as the Imam's during Ramadan are usually visiting Imams. Most people do the balance 2 on Isha after the prayers. No Taraweeh prayers in Shia Mosques, it is a Sunni tradition initiated by Hazrat Umar.

The ritual prayer outlines are the same, but with a few differences in the process. During the Qiyaam (i.e., the standing position), the hands are dropped to the sides, I made an effort to do that, but did not feel home with it,  so I did what I am used to; place my hands on my stomach folded together. The feeling was almost like the feeling when you don’t wear seat belt while driving. There is nothing wrong or right about either method, it is simply what you are used to.

Lifting of forefinger as a witness is a Sunni practice while reciting Ashadu Anna Mohammadur Rasool Allah in the Tashahhud position and not a Shia practice.

Sunni prayers are concluded with a physical turn of the head to the right and then to the left with a Salaam Alaikum o Rahmatullah, while the Shias conclude it with the words alone in the middle of the recitation.

If I were to score on the quality of carpet, this mosque scores 8 out of 10, and the Plano Mosque would score low, the Masjid e Aqsa perhaps scores 10 out of 10, and Aqsa is one of the cleanest Mosques I have been to, it was incredibly clean!

One of the purposes of writing the Ramadan notes is, for us to see that each method is beautiful, and learn to drop the arrogance of wronging others. It’s not easy, but good things are not easy anyways.

The languages we need to develop in expressing the difference is that of respect and not in terms of better or not better, but appreciation of the uniqueness. Do we forget that Allah constantly reminds us that the best among you is the one who knows the other, it means acknowledging the difference and living with it. At the Ahmadiyya Mosque, I added in my little talk, that Allah does not shower favours one over the other; he has not signed a deal behind others backs for us to be arrogant. The least liked person by God is an arrogant one.

May Allah help us all to learn to describe the otherness of others as genuinely as we can and with utmost respect.  One of the greatest values of Islam is equality and it must reflect in our actions and words. No one should be looked down or up, shame on us if we do. You might want to consider reflecting on the wisdom of conducting a civil dialogue as describe in Sura Kafirun (http://quraan-today.blogspot.com/2008/07/sura-kafirun-un-believers.html)

Had a short discussion with the Maulana, and was amazed at the way he described Ayatul Kursi, and what does it mean to be in Jahiliya box and how to get out of it. And the first statement Prophet Muhammad made at Masjid-e-Nabwi about maintaining relationships.