As red herrings go, Iranian Supreme Leader Ali Khamenei’s “fatwa", or religious ruling, against nukes has grown funky with age. But that hasn’t stopped officials in Tehran from airing it when convenient, or kept their counterparts in Washington from breathing it in.

First floated in 2003, the fatwa surfaced again this week when Intelligence Minister Mahmoud Alavi said Iran would develop a nuclear weapon if the US and other Western nations kept up economic and political pressure on the regime. “The supreme leader clearly said in his fatwa that producing nuclear weapons is against religious law and the Islamic Republic will not pursue it and considers it forbidden," Alavi said on Iranian state TV. “But [if] they push Iran in that direction, it would not be Iran’s fault but the fault of those who pushed Iran." 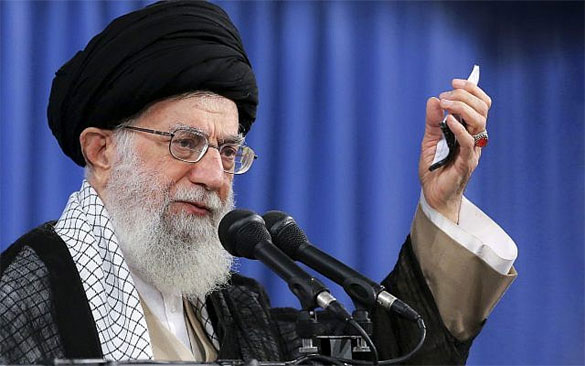 This is only the latest of Tehran’s attempts to pressure the Biden administration into lifting the sanctions imposed by former President Donald Trump. It comes amid speculation about how long it would take Iran to build a nuclear weapon—a matter of weeks, six months or up to two years, depending on who’s speculating.

The Biden administration has, rightly, expressed alarm at the intelligence minister’s comments. Alavi’s threat represents a significant escalation in Iran’s rhetoric around its nuclear programme. But he may also have done the US a service by dispensing with the fiction that the programme was governed by religious decree.

Until now, the regime has maintained it could not and would not pursue nukes because Khamenei has declared them un-Islamic. The supreme leader himself has repeated that assertion, invoking the Arabic word “Haraam" or religiously forbidden. In turn, American officials have taken comfort in Khamenei’s fatwa, arguing that the religious decree demonstrated his real attitude toward nuclear weapons. It was cited by former President Barack Obama and his Secretary of State John Kerry in the lead up to the 2015 nuclear deal between Iran and the world powers. Administration officials briefing journalists at the time suggested the fatwa would allow the government of President Hassan Rouhani to sell the deal to hard-liners within the regime, who wanted Iran to build nuclear weapons.

But the Obama team imbued the fatwa with far more import than it merited. The decree was always more political than religious—designed to provide cover for whatever nuclear course was expedient for Tehran at any given time.

Khamenei only issued the decree after Iran was caught in the act: Its clandestine nuclear-weapons programme, developed with Russian assistance, was exposed in 2002. The US-led invasion of Iraq the following year brought home to Tehran the risk of pursuing weapons of mass destruction. Rather than admit he was backing down in fear, Khamenei used the fatwa as a fig leaf—a post facto justification for suspending the programme.

Since then, the fatwa has been deployed by Iranian officials to allay Western suspicions that the nuclear programme may have been revived.

But not all religious decrees are carved in stone, and Iran’s supreme leaders have a history of making 180-degree turns on what is or is not un-Islamic. Sometimes, this is to the good: The Islamic Republic’s founder, Ayatollah Ruhollah Khomeini, dropped his objections to women’s suffrage after the 1979 revolution.

At other times, the volte-face leads to tragedy. Khomeini frequently fulminated against WMDs and especially chemical weapons—the kind that killed thousands of Iranians during the 1980-1988 war with Iraq. But Iran continued to develop its own chemical weapons capability, even after it ratified the Chemical Weapons Convention in 1997. And it helped Syria’s dictator Bashar al-Assad develop the chemical weapons he unleashed on his own people.

The nuclear-weapons fatwa is similarly fungible. If religious considerations didn’t prevent Iran from seeking a nuclear arsenal before 2003, they do not now and will not in the future. In this, as in so much else, Iran’s behaviour has been guided by how far it can go until international pressure becomes unbearable.

Alavi’s comments suggest the regime is testing out a new rationale for its nuclear policy: The US and its allies are forcing us to build the Bomb. This is risible, of course, but no more so than the idea that the Islamic Republic has until now been restrained by Islam. As it prepares to re-engage Iran in diplomacy, the Biden team should cast off the Obama administration’s credulity on this score. It can be grateful to the intelligence minister for dropping the fatwa fig leaf.

Original Headline: Iran has dropped the fig leaf of a fatwa on nuclear weapons