A group of young people are dancing in public in Afghanistan’s capital, Kabul. The women and men perform a Sufi Islamic dance known as Sema.

The group’s members hope that dancing in mixed groups changes expectations about gender in the deeply conservative country. 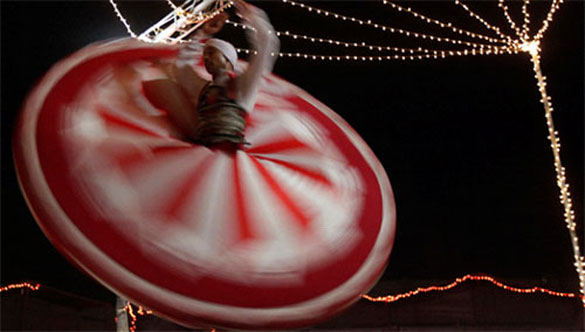 Fahima Mirzaie is the group’s founder. She is 24 years old and works as an economist.

“I just wanted to express myself and my feelings with Sema dance,” Mirzaie said.

Mirzaie recently danced alongside male members of her group at a cultural event held at an Italian restaurant in central Kabul. That night, she was the only woman from her group dancing, although other women watched and read poems.

As she spins in circles, one hand reaches toward the sky and the other toward the earth. Her white clothes are flowing, in a familiar image seen across the Middle East and Central Asia.

Dancers spin repetitively in prayer as they say Allah’s name and gain speed. They seek to lose themselves in a spiritual state that they believe brings them close to God.

But Afghanistan is not widely accepting of the activity. The powerful Taliban political group rejects Sufism, dancing and singing.

Many Afghan women worry about a return of Taliban rule as part of a future peace deal. They remember the years of oppression under a severe form of Islamic law.

But even in today’s Afghanistan, most people consider women and men dancing together in public to be a violation of the country’s culture, traditions and religious beliefs.

Mirzaie’s dance group brings men and women together to perform in public. Most of the members are Shiite Muslims. They are a minority in Afghanistan that has been targeted for attacks by the Islamic State group. The militant group considers Shiites – including Sufis – to be anti-Islam.

Mirzaie says she does not think about what people may say about her dancing. She is part of the generation that has grown up during Afghanistan’s latest war. She remains concerned about the violence in her country. She hopes she can change that through Sufism and the written works of Rumi, possibly the most well-known Sufi.

Her group has also used Sufi dance to help them get through the coronavirus crisis. During a lockdown earlier this year, Mirzaie closed her center and provided training to her students online.

Now, she is back dancing in person. At the Italian restaurant, Abdul Ahad, a civil rights activist, said he had been to a few private Sufi events in Afghanistan. But this was the first time he had seen women doing the dance.

Mirzaie’s father, her sister and her mother are among her few supporters. But they also worry. Her mother Qamar says she stays awake at night, waiting until Mirzaie returns home after dancing.

“There’s no security and girls are taunted on their way out to work,” she said.

Mirzaie says she cannot live by someone else’s rules. She said she does not plan to stop performing.

The Associated Press reported this story. Ashley Thompson adapted it for VOA Learning English. Caty Weaver was the editor.

Source: The Voice of America News