In almost all developing countries including Pakistan, good governance continues to be a distant dream. Over the years, people at large have been foxed into false promises of a good tomorrow which is yet to dawn. Millions on the planet earth have died with their unfulfilled aspirations and dreams of a better world got buried with them in their gaping graves, alas! Many still hope against hope in the words of P.B. Shelly that if winter comes; can spring be far behind? Their miseries continue to multiply. 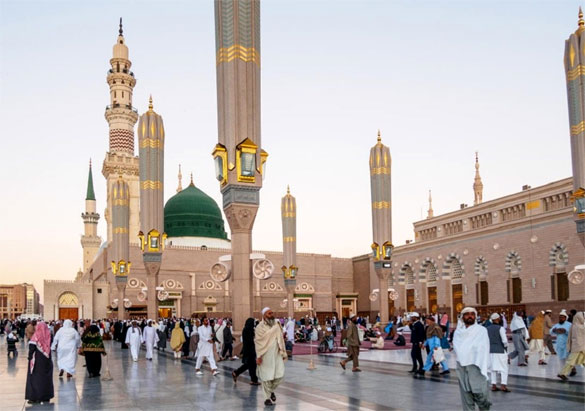 Those at the helm of affairs have withdrawn into their cocoons wherein they rule from afar, keeping the ruled at a reasonable distance. Here in Pakistan, things are no different. We are witness to a sorry state of affairs where the ruling elite and the poor hapless millions are split apart into “us” and “them”.

This has resulted in an ever increasing trust deficit between the state institutions and the citizenry across the country. This has earned government functionaries the public wrath and a distorted perception, emanating from poor service delivery at the grass-root level. Every other day, there are incidents of harassment/high-handedness, against those at the receiving end, by the state functionaries.

Furthermore, as all laws, processes and forms are drafted and published in English language, people at larger continue to remain alien to issues related to rule of law. This also provides ample playing field for the middlemen to capitalize on the void and thus extort hefty money to fleece the illiterate people at the receiving end. This further damages service delivery mechanism and eyebrows are regularly raised about the transparency and efficiency of state institutions. This sorry state of affairs can no longer be allowed to continue as such.

We are all aware of the critical scope and significance of Masjid-e -Nabvi (SAW) in community mobilization and public administration as it became the very epicentre of all legislative, judicial and executive functions performed in the very first City State of Madina Tayyaba. The Last Prophet (PBUH) used the holy Mosque not only for preaching and religious practices but also in discharge of duties as the head of state using it as first ever Parliament House, Supreme Court and Public Secretariat. The holy Mosque was used as the training camp and planning academy for wars with infidels and it was here that emissaries from other tribes and clans were received and dealt with.

The Holy Prophet would accord open court hearings for dispute settlements and judgements thereof were announced in the very Mosque.  The golden principles of equality, justice, brotherhood, truth and fraternity were taught and implemented in letter and spirit. Strong the communal ties were developed and nurtured there which eventually laid the solid foundations of Muslim Ummah and Islamic civilization. There was no difference or distance between the ruler and the ruled except the levels of piety and knowledge.

Unfortunately, like many other good things, we have abandoned these unique practices since ages and mosques are left only for religious rituals & prayers. Time has come to yet again relive this holy Sunnah and use Mosque in raising public awareness and building a well-knit fraternal community and thus ensure outreach to the people at large.

With every passing day, the relationship with Mosque got further weakened and the concept of leadership got transformed from service to rule of thumb. The collective wisdom of mutual consultation in Mujlis e Shura slid fast into authoritarianism and power politics. Power corrupts and absolute power corrupts absolutely. Detached from the inherent and time-tested values and golden principles of equality and justice, Muslim rule fell apart owing to internal power games among various pillars of state. This paved the way for nepotism, corruption, cronyism, bribery and a mad-rat race for pelf, privilege and power. 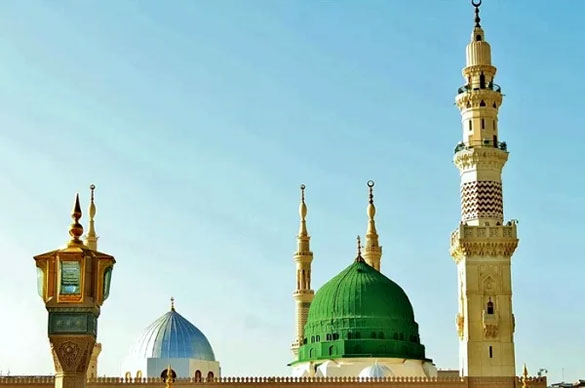 These material pursuits hit moral values the hardest. Thus, today, we only witness a naked abuse of power, misuse of authority while public office holders flout their clout at whims and wishes. Official resources and positions are used for personal gains. There is a total chaos and the rule of law is virtually nonexistent. The yawning gap between the rich and poor, the powerful and powerless is ever on the increase. State machinery is geared towards the protection of a few in the ruling elites while the poorest segments of society groan under the weight of disease, deprivation and death. Maximization of profits and doctrine of functional inequality have only made a few rich and we see a numbered islands of prosperity in the vast sea of misery and helplessness.

It is so coincidental to note that five fundamental challenges to Good Governance in Pakistan which include lack of meritocracy, trust deficit, inaccessibility, inefficiency and corruption have emanated from greed and personal aggrandizement at the cost of common good. Interestingly, these five chronic ailments can not only be cured but also the society be completely cleansed from these scourges if Mosque is used as a community centre by those at the helm of affairs in public management/administration.

Through regular meetings and frequent interaction in the mosques between the rulers and the ruled, the state functionaries mandated with service delivery at the grass root level must get themselves acquainted with people at large and congregations readily available in mosques do provide the target audience. This will build bridges, minimize trust deficit, maximize outreach and ensure easy accessibility and level the ground for public scrutiny and across the board accountability. Thus, very little space will be left for the touts, middlemen and agents to fish in the troubled waters. Furthermore, Friday gatherings in Mosques can very conveniently be used by officials in administration to build public opinion, promote campaigns and deliver customized public messages, free of any cost. The prayer leaders(Imams) can be huge assets in shaping public opinion, influencing people for any positive action and thus act as promoters of national causes, given their clout/compliance in their local audience.

Picking a leaf from the book of holy traditions established by our beloved Prophet PBUH in the City State of Madina, we can relive the ambiance of Masjid e Nabvi if the bosses at the top in civil administration decide to come out of their cozy comfort zones, break the barriers of the stereotypical protocols and start mingling with common people whom they otherwise treat as the children of lesser gods, things can change for the deprived and disadvantaged in no time. Mosque has the inherent potential to work as the real citadel of good governance if those who matter in public management/administration start holding their weekly ‘Khulli Kachehry’ in the main Mosque within their respective jurisdiction on regular basis.

This is the true spirit of service and the real concept of public accountability. When people at large see their rulers and masters coming out of their shells and busy themselves in service delivery at the grass-root levels, their obedience to the law of the land is multiplied and their sense of belonging to their country is cemented to limits. They also feel that each penny paid in taxes is being spent through fiscal discipline and financial propriety. The yawning gap between the rulers and the ruled is bound to minimize and the failing trust between the state and citizenry is set to bounce back and get glued for good.

Let us imagine that the IGP and Chief Secretary of a province makes it public to hold weekly ‘Khulli Kachehry’ in the main Mosque of CPO and Civil Secretariat every Friday and same is done by DPOs and DCs, SDPOs and ACs in their respective Districts and Tehsils which they govern, the impact is going to be not only huge but also visibly seen by all. Such an out of the box solution is the crying need of time in order to ensure an across the board grievance redressal mechanism and dispute settlement arrangement is put in place which is merit-oriented and transparent. The cherry on the cake in this model is that it is 100% cost free and there is no logistics hassle or costs involved. The house of Allah SWT is always ready to welcome all, any time.

Therefore, the idea is original, unique and loaded with an inherent strength and high moral imperative. It ensures the ready audience charged with religious zeal. There can’t be any better place or plan to advance a new narrative for good governance, rule of law and tax compliance and that too in the house of Allah. Although it takes a lot of grit and guts to make it happen but it is very much doable. I have no doubts in my mind about the crying need of this initiative long overdue. It offers the most transparent and effective grievance redressal mechanism.

Furthermore, it seeks to build bridges between the state and citizens including taxpayers, ensure transparency, guarantee easy accessibility, maximize outreach, attain internal accountability and thereby build the real welfare state on the model of the first City State of Madina build by our beloved Prophet, Hazrat Muhammad PBUH. We desperately need such an out of the box and innovative initiative in these challenging times. I don’t know if those who matter are listening?