Why Muslims Should Raise a Toast to Javed Akhtar

The Richard Dawkins Award, given this year to Javed Akhtar, has generated a fair amount of controversy. While the national media, including those who have always demeaned Muslims, has largely welcomed the award, Muslims themselves have been very edgy in their response to this event. Some have largely ignored it, others have called this yet another example of Islamophobia. However, this is not true. 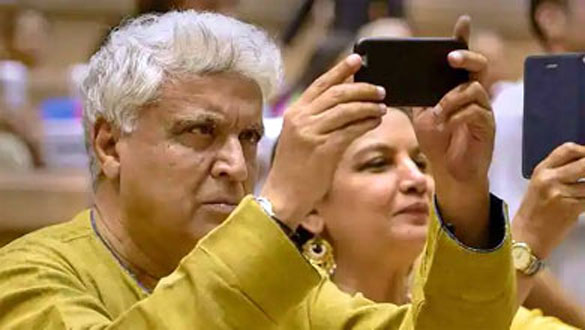 The Award is given for promoting atheism and questioning the inherent dogmatism within all religious traditions. It is not that the Award was constituted specifically to target one particular religion: Islam. In fact, Dawkins has reserved his most scathing criticism for Christianity, the religious tradition from which he hails. Thus it is not proper to criticise the institution of the award or its recipients for an imagined assault on Islam.

It is not true that in these times of rampant Muslim bashing in India, Muslims have become extra sensitive to any form of criticism. This is a facile argument which ignores the historicity of Muslim hurt. There is certainly a context for everything but the context should not become the most important explanation all the time when it comes to Muslims. As a community, Muslims have been rather intolerable when it comes to criticism of their religion and culture. Starting from the Rangeela Rasul controversy during the colonial times to the Tasleema Nasrin incident, they have thought of themselves as a community which should be exempt from any form of religious criticism. During the same period of time, Christianity and Hinduism have had to face a barrage a criticism but they have faced them bravely and at certain times have made changes to their traditions accordingly. Not so for Islam and its adherents, a religion which claims to be the perfect word of God. Because it is perfect, its adherent brook with no criticism as they feel no need of either introspecting or even learning from other religions and cultures.

Javed Akhtar has been a relentless voice against orthodoxy and puritanism, especially within his own cultural tradition. He spoke out clearly against the practice of triple talaq and other such problems which beset the Muslim community but which seldom gets talked about. It is also pertinent to note that he lent his voice to the anti CAA/NRC movement and spoke about the increasingly narrowing discourse of nationalism in India. Going back to Gandhi, Tagore and Premchand, he told us about the liberal and inclusive nationalism which the makers of modern Indian held dear and lamented its loss in contemporary times. Muslims today are in search of allies because their very nationality is being questioned. It is foolish on their part to alienate an individual whose contribution to the Muslim cause can be enormous.

Difference also must be made between western atheism and Indian atheism. In the West, atheism has meant the complete negation of all things religious and atheists have even frowned upon celebrating Christmas as a cultural expression. The Indian tradition of atheism, which predates western atheism, has been different and has a close relationship with religions. Buddhism and Jainism can be considered as atheistic religions as they have no conception of God. And Hindu atheism has long been part of the religious tradition itself.

Way back in the 6th century BC, the first materialist philosopher AjitKeshkamblin, negated the very idea of a God or an external Soul, arguing that there was nothing after death. Thus atheism within the Indian context was not about fighting religious superstitions or starting a rationalist movement based on science as happened in Europe. Here, atheism, like religion, was just another way of approximating the Truth.

It is not surprising therefore that in the Indian context, despite the rationalist movement of Young Bengal led by Derozio and the individual efforts of Dabholkar and Hamid Dalwai, atheism in the western sense never took root. Despite the fact that the Award is embedded to the idea of promoting western rationalism, Javed Akhtar has remained loyal to the idea and practice of Indian variety of atheism.

Javed Akhtar de-links religion with culture and unlike his western counterparts does not vilify the religious practices of any community. Neither does he think that celebrating religious festivals is a waste of time. On various occasions, he has expressed appreciation and even necessity of celebrating festivals like Holi, Diwali and Eid. And on each occasion, he has argued that all these festivals should be celebrated by all Indians irrespective of their religious affiliations as it is the cultural heritage of all.

This curious but interesting mix of atheism and sensitivity towards religions has made Javed Akhtar into a ‘Muslim atheist’, which will be oxymoronic in the western tradition but which makes perfect sense in the Indian context. This also allows him to critique his own religious tradition from within, rather than taking on labels such as ex-Muslim. From this position, he has attacked the purdah system and other such regressive practices within the Muslim community. Many Muslims, who are today attacking Javed Akhtar, for his atheism, have also supported women’s right and have demanded abolishing the practice of purdah. If they think with a cool head, they will find more similarities than differences with the social concerns of Javed Akhtar.