One of the major recommendations in the New Education Policy 2020 is that as far as possible, education should be made available in the mother tongue of students. This sounds extremely progressive and educationists the world over have noted the benefits of conducting education in the mother tongue. The argument is that if there is a fit between the home language and school language, then learning happens better. However, this perspective assumes that there is a certain standardization of spoken languages which has already taken place. Thus it makes perfect sense that communities in Quebec (Canada) would want education in the French as a certain standardization of that language has already taken place. The Indian situation is markedly different. Forget about standardization, many mother languages do not have a script at all, defeating the whole purpose of education in the mother tongue. For Muslims, the impact of NEP’s language policy might further compromise their already dismal educational condition. 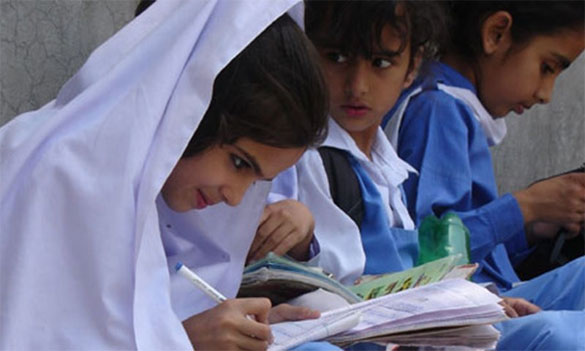 Linguistically, Muslims are a diverse community in India. They mostly converse in the respective languages of the state in which they live. However, owing to a number of factors, the perception about Indian Muslims is that Urdu is their mother tongue. For a long time, Muslims have demanded to be educated in the Urdu language. And it is not only Muslims, but also the policy makers of this country who have seen Urdu and the default mother tongue of all Indian Muslims. Thus it has been argued that one of the important reasons for Muslim educational backwardness is that there are not enough Urdu language schools, as a result of which Muslim students feel alienated within the school environment and eventually drop out. All policy measures with regard to Muslim education have therefore recommended setting up of Urdu medium schools within Muslim concentrated areas. The NEP 2020 and its emphasis on education in the mother tongue is part of the same thinking on Muslims.

But is Urdu the language of Muslims in India? According to the 2011 census, there were only about 5% Urdu speakers in India. Considering that only Muslims will mark themselves as Urdu speakers, it is beyond reasonable doubt that Urdu speaking Muslims are a minority in India. Especially in north India, Urdu has been associated with Muslims. This also looks increasingly fallacious. The same survey tells us that just about 28% Muslims in Uttar Pradesh recorded Urdu as their primary language. Although Urdu has gained speakers in some south Indian states, this should not be surprising as the Deccan has historically been the birthplace of this language.

There seems to be a realisation within the community that education in Urdu language will not serve their material interests anymore. It is not surprising therefore that Urdu as a medium of instruction is now being replaced by other languages. If this was not the case, then the increase in Muslim enrolment should have meant a corresponding increase in Urdu medium enrolment also. However, in states like Bihar and Jharkhand, this does seem to be the case. Thus for Bihar, for the years between 2007 and 2012, Muslim enrolment (for classes I-VIII) has gone up from 10.7% to 14.7% but their enrolment in Urdu medium has gone down from 46% to 32.2%.  In Jharkhand, the trend is similar. Here Muslim enrolment has gone up from 10% in 2007-2008 to 14.2% in 2011-12, but their enrolment in Urdu medium has decreased from 26% to 15.4%. Kishanganj in Bihar has the highest concentration of Muslims in the state (67.5%). However, even here, while 76% students accessed schooling through Urdu medium in 2007-08, it has come down to only 29% in 2011-12.

Thus, it appears that while the Muslim community is ready to discard Urdu as medium of instruction, the policy makers are hell bent to associate Urdu with Muslims. Languages are basically expressions of power and Muslims are doing well to realize that their needs are better served with learning the existing language of power which is English and Hindi. The community has wasted valuable years by demanding Urdu medium schools and foolishly linking a language with the question of their religious identity. There was a time when Persian and Urdu were languages of power and not just Muslims but also many Hindus learnt these languages. Times have now changed and hence there is no need to be emotionally invested in Urdu.

More and more Muslims need to realize that Urdu will not die because Muslims stop accessing education in that language. Urdu will live through its poetry and those desirous of studying modern Indian history cannot do without learning the language. So much of our history and art is written in this language that Urdu will survive, even without the patronage of Muslims. Appreciating Urdu for being a repository of knowledge and making it the medium of instruction are two very different things. Muslims should not jeopardize the future of their children by insisting on educating them in Urdu.

This insistence has often led to disastrous consequences. Take the example of Maulana Azad National Urdu University. Muslims lobbied for this university in the name of Urdu and the mandate of the institution is to teach all subjects in that language. This insistence defies common sense: where will one find good teachers equally well versed in social sciences or sciences and also in Urdu? Naturally, one of the biggest concerns of this university is to translate as many books in Urdu as possible. Granted that it will be able to do, then also what are the employment prospects of graduates from this university. How many Urdu medium degrees will be entertained by the corporate sector? Instead of making such humungous effort, wont it be better that the university starts teaching in English and try to compete with other universities in India? Won’t the Muslim interest be better served in this way? But then in order for this happen, Muslims themselves have to liquidate the vested interests which have developed around the question of Urdu.

One of the important recommendations of the NEP 2020 is that quality schools should be established in Muslim concentrated districts. Muslims should grab this opportunity and lobby hard to establish such schools in their localities. However, they should see to it that such schools are not Urdu but English medium. Only this can save the Muslims from their educational obsolescence.