Why are Indian Mullahs Condemning a Song and Wink? 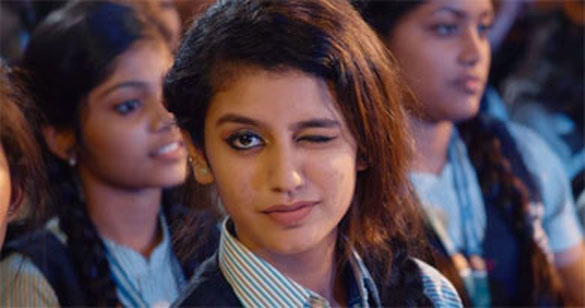 That a wink can be a religious problem for some Muslims tells a lot about what is fundamentally wrong with the religious leadership of the Indian Muslim community. But then it is not just the wink but also the background song which seems to be a problem. Mullahs on television have been crying hoarse on how a particular song, in an upcoming Malayalam movie, has hurt the religious sentiments of Muslims as it talks about the love between Prophet Muhammad and his wife Khadija. It doesn’t matter that the same song has been sung in Kerala for decades and that it is part of the Muslim folk tradition there. Of course now there will be debate about whether that folk tradition is Islamic or not. And as always, it will be dubbed as non-Islamic by a majority of the Mullahs.

The problem lies neither in the wink nor in the song. The problem specifically lies in the mentality and the theological puritanism of a section of Muslims. Most Muslim theology in South Asia believes that the Islam of Saudi Arabia should be the standard against which all cultural tropes in other Muslim cultures should be judged. More than that, they believe that the period of Prophet Muhammad and the four pious caliphs who succeeded him should be the only standard against which Muslims all over the world should be judged.

It is not surprising therefore that South Asian Muslims have been re-directing their Islamic traditions towards this past which is supposedly the only model worthy of emulation. Over the years, what this eventually has led to is a certain detachment of South Asian Muslims from their own cultural traditions. Thus Sufi songs came under attack in Pakistan and in India and in India; we have religious voices which constantly tell us that music in any form is forbidden in Islam. All this despite the fact that there are various Sufi traditions where music is not just permitted but even encouraged. So myopic is the view of some Muslims that they have started arguing that Sufism itself is not part of Islam.

Only the cultural practices extant in the 7th century Arabia is worthy of emulation according to some mullahs. Some conservative mullahs therefore would argue that since Daf (a particular kind of drum) was used during those times, it is permitted to use in other Muslim societies also. It does not cross their minds that the Daf was part of the cultural tradition of Arabia and had hardly anything to do with religion. Similarly there were other cultures in the world in which Muslims settled and adapted. These local cultural traditions, in many cases, far refined than those of Arabia, became part and parcel of Muslim religious and cultural life itself. A simple question which needs to be asked to these mullahs is that if the Arabs are allowed to have their cultural traditions, then why are South Asians denied the same? The answer may lie not just in the conflation of religion and culture, but in the innate belief of some Mullahs that Arabian culture is superior to most other cultures of the Muslim world. And this precisely is the problem: that Indian Islamic theology has consistently devalued the culture within which it has taken roots. Till the time there is a de-coupling between religion and culture, this problem will continue to fester.

More importantly perhaps, the Muslim religious leadership needs to understand that by debating such non-issues they are only showing Indian Islam in poor light. There are far more serious challenges which confront the Muslim community: of education, of access to employment, etc. Most of these Maulanas have nothing to say on such matters, possibly because they hardly know anything about it. They should also understand that coming on television debates on such topics is also counter-productive. By exposing their lack of knowledge about the complex development of Indian Islam, they only give a handle to the Hindu right wing forces to argue that the religion of Islam per se is backward and in dire need of reform.

It is heartening to note that the Supreme Court has decided with the director of the film and quashed all kinds of police complaints which were filed against him and the actor. Despite the pious proclamations of these Maulanas objecting to a song and a wink, Indian Muslims will surely go ahead and enjoy the movie. They can then be called upon to judge themselves whether they there was anything objectionable in the movie or it was the mere fantasy of some Maulanas. I am sure that Indian Muslims will continue to relish their own culture, sing popular songs and sway on the lyrics of beautiful Qawwalis, religious and non-religious alike. Islam teaches them that God alone is the judge and that each Muslim is personally accountable for his deeds. If God did not appoint Mullahs to oversee the affairs of Muslims, then who are the Mullahs to self- anoint themselves?