Tunisia: Deleting Islam from the Constitution; Having No State Religion Can Be the Start of a New Era for This Muslim Country with a Long Secular Tradition

1.    Tunisia, a Muslim majority country is all set to have a religion neutral state, to be decided by a referendum next month

2.    If successful, it will take away the most important source of legitimacy of Islamist politics

3.    The president is being accused of being dictatorial, but many also feel that he is the last hope of secularism in the country 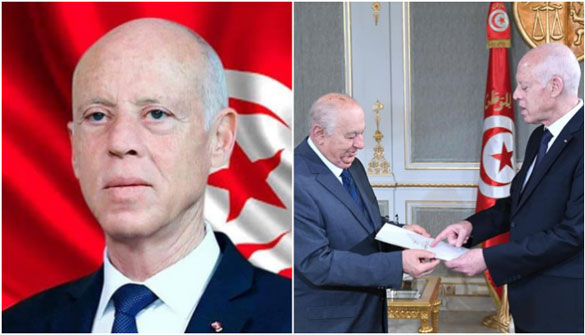 Tunisia is all set to drop Islam from its constitution. The new constitution has been drafted by law professor, Sadeq Beleid, and a copy of it has been presented to the president, Kais Saied. Incidentally, the president, whom many accuse of being a dictator, has been a law professor himself, and is widely expected to ratify the new constitution. However, before that happens, there will be a referendum in the country on the issue in which citizens will have the opportunity to discuss the merits and demerits of such a move. If ratified, it will be for the first time in Tunisia’s history that Islam will not be a state religion. It is noteworthy that although the majority of the population is Muslim, the state is not governed by the Sharia law but by a European legal code which was bequeathed to it by its colonial master. The country has had a robust secular tradition but Islam has always remained on the statute books.

What does it mean to not have a state religion? And how will it impact state and society relations? Firstly, analysts have pointed out that despite Tunisia being governed by a western legal system, many in the judiciary keep making references to Islam since it is part of the constitution. Once it is removed, it will not be possible to make such references since the judiciary will no longer be obligated to do so. We also need to understand that Sharia is an important tool in the hands of Islamists. Wherever they have been, one of their pet projects have been the demand to implement the Sharia. If the religion of the state is Islam, then this becomes a rallying point for the Islamists as they can always turn around and accuse the government of not being true to the constitution. Removing the word Islam will make sure that that Islamists will lose an important anchor to articulate their claims.

Pakistan is a good example of how even a small band of articulate clergy can hold the government to ransom in the name of Islam. As the state is committed to Islam, it simply cannot wriggle away when demands to implement aspects of it are made.

It also needs to be pointed out that Ennahda, the largest Islamist movement in Tunisia, became the ruling government after the Arab Spring. However, due to its own electoral compulsion and in order to show a moderate face, Ennahda made a series of compromises, one of which was to abandon the demand for implementing Sharia. In fact, in 2014, it declared that the party would no longer claim political Islam but rather they should be seen as Muslim democrats. Observers of the movement have argued that due to such flip flops, its social base within the poor and lower middle classes suffered and today the party no longer holds the authority that it used to earlier.

Moreover, the Ennahda could never really win over the secularists as the latter were always suspicious of its motives. This is certainly good news for the president who would have faced tough resistance from Ennahda if it was in a powerful position.

This is not to suggest that Ennahda is on the side of President Saied. It opposes him, but on the issue of tyranny and dictatorship, not so much on what the current government is planning to do with Islam. Ennahda is not the sole opposition in Tunisia, there are left leaning workers collective which are quite powerful but none of them have criticized Saied for his proposal to remove Islam from the constitution. They are certainly opposed to him for his failure to get the country back to democracy. But those opposed to Saied are also opposed to the Islamist vision of the Ennahda and hence would not like to align with on this crucial issue.

It appears then that when the referendum is held on July 25, Tunisia might become the first country in that region to declare that the state will have no religion of its own. Difficulties to achieve this remain. The country is facing unprecedented economic crisis but the current president is hugely popular. Surveys have consistently underscored his popularity, especially amongst the youth. When successive governments loot and pillage the country, populist leaders rise to fill the gap and this is what seems to be happening in Tunisia too. For many in Tunisia, Saied offers the last hope to bring the country back on the path of economic recovery. For many, he is also the last bulwark around which secular forces can script a new chapter in Tunisia’s history.

Terrorist groups must be watching the situation very closely. In 2015, Daesh attacked the Bardo museum killing 22 people. Shortly afterwards, they attacked the Sousse, a tourist resort killing 38 people and majorly affecting the tourism industry. Terrorists always have multiple agendas to fulfil but one of the important one is that they do not want moderate Islam to take root in any country. Tunisia is at the cusp of such a transition and it would be a remarkable achievement if it happens without overt violence. Separating religion from state is one thing that Muslim countries around the world need to work on.

A regular contributor to NewAgeIslam.com, Arshad Alam is a writer and researcher on Islam and Muslims in South Asia.