Can The Saudi Regime Become Modern by Executing Minors?

Saudi Regime Not Just Cuts up Journalists like Khashoggi, But Also Tortures and Kills Minors like Mustafa Hashem

• Saudi regime has executed a minor for his alleged involvement in terrorism.

• It lied to the UN human rights council that it will no longer execute children.

• The West and U.S are silent over this crackdown on dissent.

• Those who project MBS as the harbinger of Islamic reform, must understand that a genuine reform cannot come about without a certain degree of freedom for its citizens. 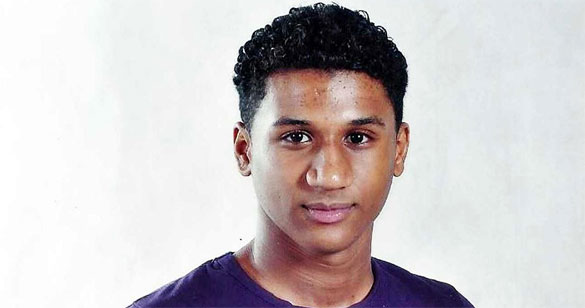 Mustafa Hashem al-Darwish, 26, was beheaded yesterday amid worldwide appeals for a reprieve. (Photo courtesy: The Times)

The Saudi regime not just cuts up journalists like Khashoggi, but is also fond of torturing and killing minors. Mustafa Hashem was recently executed on terrorism related charges. More specifically, he was charged with participating in protests against the Saudi government, killing a police officer and conspiring to detonate a bomb. The way the Saudi justice system works, it is very difficult to independently verify each of these charges. But given the propensity of the regime to equate any anti-government activity as terrorism and sedition, it would not be an exaggeration to suggest that he was killed simply because of his participation in protests.

His family claims that he was detained in 2015 but released only to be arrested later because an ‘objectionable’ photo was found on his phone. Human rights groups across the world have condemned this execution and have pointed out that Hashem was a minor when he was arrested. They have pointed out that the Saudi government had committed that they will not execute minors but would rather commute all such cases to imprisonment. As late as 2021, the Saudis were stating before the UN Human Rights Council that ‘anyone who commits a death-eligible crime as a child will be subject to a maximum sentence of ten years in a juvenile detention’. Clearly then, the Saudis were lying because they did not adhere to their own promise. Or it could be that their definition of what constitutes a child differs from that of the United Nations. After all, according to Islamic law, the mark of adulthood is puberty. Who can forget that the Pakistani terrorists justified their killing of school children in 2014 by quoting various hadiths which equated adulthood with the onset of puberty?

The defence of the Saudi establishment is that Hashem had confessed to being involved in terror activities. Coming from a totalitarian regime, no one should take this at face value. The fact is that Hashem was placed in solitary confinement and beaten so brutally that he lost consciousness several times. It was only to make the torture stop that he confessed to the charges against him. This is borne by the fact that he recanted his confession in court and told the judge that he did so because he was tortured. But then the sadist regime had already made up its mind to kill him and all his pleas fell on deaf ears. One wonders if there is any sense of the justice left in the country when it executes a teenager simply for participating in a protest. The regime did not even have the civility to inform the family of his death; they found it out through an online news portal.

One does not know which photo Hashem had on his phone which riled the Saudi government so much. But the more important question no one is asking is how the Saudi police hacked into his phone to retrieve that photo? Which technology did they use? We know that only one country-Israel- has this capability and is more than willing to share it with its ‘friends’. The new found friendship between Israel and Saudi Arabia now makes perfect sense because it gives the latter access to technology through which it can monitor and surveille its own people. The Saudi-Israel friendship is nothing but an attempt to put together a new apparatus of coercion for Saudi people as the regime is fearful that sooner or later, the Arab Spring will also come to them.

The Saudi Prince, popularly known as MBS, is trying to convince the world that he is ushering in liberal changes in the kingdom. Recently, he ‘allowed’ Muslim women to perform Hajj without a male guardian. Hailed as a revolutionary moment, this would place the Saudis in the 10th century rather than make it a modern country. Any modern civilized society makes way for difference of opinion but the Saudi monarchs are terribly afraid of their people finding a voice. It is this fear that is making them execute people without any remorse. In 2019, the Saudi government executed 37 citizens which included 34 Shias, in a mass execution for alleged terrorism related crimes. Of these, 6 were confirmed cases of child execution. Back in 2016, the regime had executed 47people in one day, again on terrorism related charges. The paragons of human rights, the liberal west, have maintained continued silence on the atrocities committed by the Saudi state on its own people. It is shameful that the Saudi regime has not even earned a censure from these countries for its crackdown on dissent of any form.

Those who see a ray of hope in MBS forget that genuine reform in the kingdom cannot come without trusting its own people. Citizens have to be taken on board and wide discussions must precede any viable change which is being planned. MBS cannot continue to bulldoze any criticism of his regime while at the same time proclaim himself to be the harbinger of a new dawn in the Islamic emirate. This is sheer hypocrisy and the sooner his propagandists see this the better it will be for the future of that country.