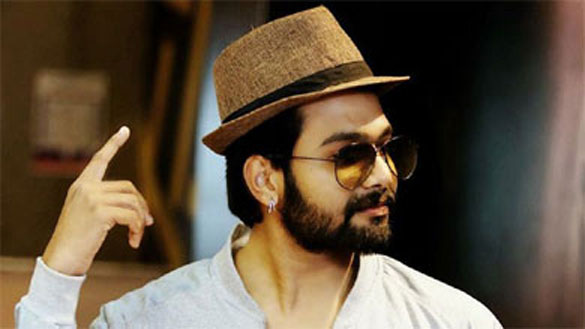 The brutal murder of Ankit Saxena, whose only fault seems to be that he was in love with a Muslim girl, must be condemned by one and all. If one thought the honour killings were something which only the Khaps do, then this incident is an eye opener to the fact that it is practiced in almost all the communities. After all, caste and religious communities are deeply patriarchal too and therefore codes of masculine honour run very deep in these communities. Whereas women’s bodies are considered the sites of honour, it is the men of the community who take upon themselves to protect that honour thereby denying any agency to women within their respective communities.

We lived in very troubled times where notions of secularism and justice are continuously negotiated through identities. That there was no march against this barbarism is a testament to the warped understanding of secularism which we practice today. The custodians of secularism see such honour killings only through the majoritarian or the dominant caste lens, thereby completely denying the existence of similar problems within minority communities. This kind of politics in the long run will only turn counter-productive and will be detrimental for the well- being of minorities, particularly Muslims in India.

If not the secular lobby, then the Muslims should have been at the forefront of leading demonstrations against such barbarism committed by its one of their own. It is a very sorry state of affairs that while we care so much for Hadiya and her freedom of choice, the many Hadiyas within our own community are denied the very same freedoms. But when the practice of secularism has meant protection of all kinds of regressive behaviour within Muslims and the Muslims themselves have internalised it, then it is perhaps too much to expect that things will change for the better in the near future.

It is appalling to see some of the comments on social media which the secular lobby and the Muslim apologists have made. While they are partly right in asserting that there is no need to draw an equivalence between targeted killings of Muslims like Pahlu Khan which is a product of certain ideology, they forget that regimes of honour killings exists among Muslims too. Certainly, there is no movement amongst the Muslims to defend the killers as we see in the case of Shambhulal Raigar, but that does not mean that we shut our eyes and ears to the question of acute gender discrimination in our community.

Actually this should have provided the occasion to debate what is wrong within our community, instead the whole energy of the community has gone into proving how this case should not be equated with cases like that of Pahlu Khan and other Muslims who have been killed in the name of love jihad. What is more troublesome are those voices from within the community who refuse to believe that this is a structural issue within the community. Rather, the argument is that this should be treated as an aberration and should be located within the criminality of that particular family who committed this act of barbarity. It is the same people who were arguing how the killings of Muslims were part of a pattern which arose from ideological indoctrination of the Hindu Right wing and that it should not be seen as an isolated incident. In borrowing the language of Right Wing Hindutva forces, the Muslims and the seculars need to decide whether this strategy will do their politics any good in the long run.

There is a need to acknowledge that problem exists and that scores of Muslim girls are not afforded the choice of marrying out of their own volition. Compounded with this is the indoctrination which goes in the mind of every Muslim child that Islam is the best religion and therefore even if a girl chooses to marry outside the community, the man has to necessarily convert to Islam. If we agree that this amounts to ideological indoctrination and yet we are absolutely fine with it, then I do not understand why we should have a problem with the ideological indoctrination carried on the Hindu Right wing forces. Failure to recognise this only makes us hypocritical and open to allegations that we practice double standards.

Certainly, this is not the first case of honour killing associated with the Muslim community. Neither is it going to be the last. In Kolkata in 2012, a Muslim brother severed the head her sister for being in a relationship with another Muslim man, but which the family did not approve of. He took the severed head of his sister to the police station as a trophy and surrendered without any remorse. That women are considered properties of their respective families and communities applies equally to Muslims.

Only through a reasoned and empathetic debate can we arrive at a solution to this problem of honour killings. But all such discussion will have to keep the individual’s choice at the forefront. Muslims themselves should take the lead to initiate such a discussion within their community. Democracy and secularism are not for others to practice but rather it is the minorities who should be at the forefront of all such struggles. Sadly, it is us, the Muslim minority, which has very acute deficit of democracy and choice within our own community.