India’s Outlook magazine recently came up with a charming photo essay about the disappearing tribe of Delhi’s katibs or Urdu calligraphers. Those haunting images of old and greying men, diligently scribing their way to glory in the madness and chaos of the crumbling Urdu Bazar near Delhi’s iconic Jama Masjid, took one down memory lane. 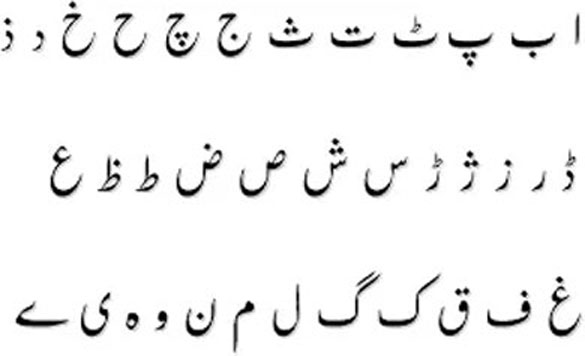 Years ago, as a journalism student at Osmania University, I had tried to draw attention to the fast vanishing tribe of Deccan’s own calligraphers in Hyderabad’s Chatta Bazar, known for its maze of old litho printing presses, numerous little-known newspapers and old bookshops.  The dying art of Urdu calligraphy had been the subject of my dissertation.

As someone who aspired to be an artist among many other things, calligraphy held a strange fascination for me. I grew up watching my father dabble in calligraphy in his spare time and come up with exquisite renditions of Quranic verses, hadith and mostly Iqbal’s poetry, often sharing his labour of love with friends and family. The man of many parts that he was, calligraphy had been his lifelong passion, along with literature.  For many though, it is a calling and bread and butter essential.

Incredible as it may sound today, not long ago, entire newspapers would be handwritten by katibs or calligraphers every day, day after day, with distinct and striking results.  One still misses the grandeur and beauty of those banner headlines, lovingly and intimately put together by accomplished masters of their art.

All that changed with Pakistan’s Jang, the largest circulated Urdu newspaper in the world, embracing computerization in the late 1980s.  Soon the trend was replicated across the subcontinent. In India, Siasat had been the first to follow in the footsteps of Jang.

As a direct consequence of the computerization of the Urdu press and publishing industry and a lack of patronage by the state, most calligraphers, long prized and patronized for their fine skills, fell on hard times. Some of them who were young and willing to adapt were successfully absorbed by newspapers when they managed to learn the use of computers.

Today, there are few patrons and takers for the art of calligraphy and the hard work and time that go into producing a work of art, a beautiful book here or a painting there.  Some of the practitioners of the art are still to be found in the Urdu Bazar of Delhi or Chatta Bazar of Hyderabad producing Urdu books, small-time newspapers or occasional posters and wedding invitations.  But as an art and calling, calligraphy is fast disappearing and dying, meeting the same fate as the language with which it has largely been associated.  In any case, in the age of television, the Internet, Facebook, Twitter and WhatsApp, who has got the time for old fashioned books and newspapers–especially Urdu books and newspapers!

The decline of calligraphy is hardly surprising.  When Urdu itself has fallen on hard times and risks being wiped out from the land of its birth, it is perhaps only natural and inevitable that its calligraphers should find themselves in dire straits.

So this is more of an elegy for Urdu rather than the endangered arts like calligraphy that are associated with it. Doubtless, today, more than ever, state patronage is vital for the survival and progress of any language and literature. Unless languages are linked to livelihood and economic empowerment, they risk being eventually consigned to the dustbin of history.

Is the same fate awaiting Urdu in India? Universally admired for its lyrical beauty and rich, inimitable poetry, it has long come to be, rightly or wrongly, associated with the Muslims of India.  Indeed, it has proved to be its undoing, especially after the violent separation of India and Pakistan in 1947.  Which is a terrible irony considering the language came into being as a result of the encounter and love affair between Islam and India.

A heady blend of Persian, Sanskrit, Arabic and Khari Boli, Urdu or ‘Hindustani,’ as Gandhi chose to call it, is what is spoken and understood by most Indians and Pakistanis today.  The most potent example of the composite Hindu-Muslim culture, it is the language of Bollywood although the world’s biggest movie industry insists on calling itself ‘Hindi cinema.’

Urdu had been the language of revolution and India’s independence struggle, providing the war cry of ‘Inquilab Zindabad’ and freedom song of ‘Saare Jahan Se Achcha’ to the nation.

Yet it is increasingly perceived today as an alien legacy associated with the invaders and aggressors, not the precious gift of those who passionately and intensely loved India and all that it represented.

Today everything that is associated with Muslims and their 1000-year old love affair with India is viewed through the blinkers of suspicion and hatred.  The recent move by Maharashtra to derecognize thousands of madrassas in the state fits this general pattern of hostility emerging across the country.

The fact that these madrassas accommodate thousands of poor children, who otherwise should be the responsibility of the state seems to be of no consequence to anyone.

Given this environment of antagonism and open hostility coupled with the absence of state patronage, the very survival of Urdu is at stake.  The signs are not good.  With most Urdu schools being shut and few teachers being available to teach the language, most children of Urdu speaking families are unable to pick the language even as a second or third option. It remains my lifelong regret that my own children, growing up in Dubai as they did, have been deprived of learning their mother tongue.  Our efforts at home to provide them with a nodding acquaintance with the language that is so close to our hearts haven’t been too successful.

It is a depressing state of affairs.  Language is more than a vehicle and medium of communication.  It forms our very cultural identity.  And it is perhaps more true of Urdu than any other language given the unique cultural milieu and environment in which it was born and blossomed.

Urdu can and will survive in the land of its birth only if the Urdu wallahs consciously strive to keep it alive.  Merely attending mushairas (poetry reading sessions) religiously and glancing through Urdu newspapers will not save the language.  We will have to embrace, promote and practice it in our day-to-day lives to save it for generations to come.  We have to give it all we have got.

The Jews kept the Hebrew language alive for more than 2000 years even as they were hunted and persecuted across the globe.  It remained at the heart of their identity.  Can those championing Urdu not do the same? It’s easier said than done but not impossible.

Aijaz Zaka Syed is an award-winning journalist and former editor.

Original Headline: No Tears for Urdu