As A New Bride, Make It a Point to Talk Less and Listen More

As a new bride, I made it a point to talk less and listen more

Someone once told me,

‘Getting married is not the achievement; getting along together with each other after marriage is the real achievement.’

This statement repeatedly echoes in my mind as I observe the rising divorce rate in Pakistani society. Of course, this is becoming an issue in all societies around the world, but only a few are left as high and dry, both emotionally and financially as a Pakistani divorcee girl. 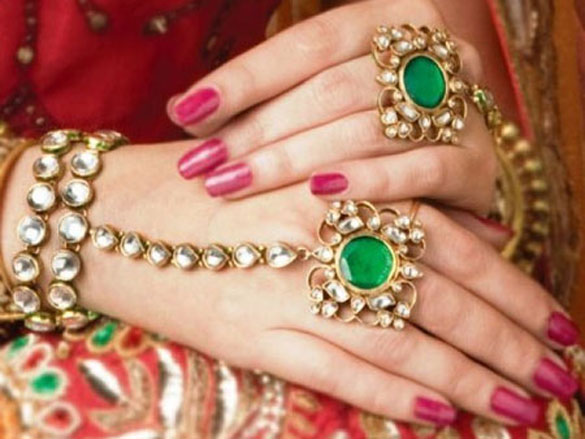 When I go to a wedding, I often have an itching desire to have a chat with the bride before her Nikah ceremony and give her my two cents on her impending journey.

Though, I have a similar desire to chat with the groom, his mother, the bride’s mother and the bride’s father- but those would constitute separate articles!

Simply concentrating on the bride, here is a gist of the discussion I would have:

1. Try not to be too quick to judge your new family

Enter your new life and house with your senses tuned int0 ‘observation’ mode. When hiking up a mountain, you have to judge the stability of the ground and the rocks before you attempt to put your foot on to them to hoist yourself higher- same goes for marriage! Keep an open heart and mind. Haste is likely to make you slip.

2. Remember that you have married a human being who is as much of a mature individual as you are

He is not a piece of clay so please don’t enter the marriage thinking you can ‘mould’ him to your liking- because you can’t!  Both of you have to adjust to each other’s ways and respect each other’s requirement for space. Don’t attempt to force him to act like you want him to act.

Compatibility is a fostered trait; it cannot be forced. When you see couples who look very ‘compatible’, it is because they work at becoming compatible with what they have, not by attempting to create a whole new person out of each other.

3. The girls in our society do not marry a man, they marry a clan

Even if you are not part of a joint family system, your hubby was not picked from a tree and is now yours to enjoy alone. He is a major part of a herd, and you are the new addition. Extend your ‘observation’ mode to the other members of the family as well. There are many things you will like about someone, yet there will be many things you will dislike. Until, you find amiable ways to deal with unsavoury situations, it would be advisable to keep own opinions to yourself. Try to develop these relationships as wisely as you are developing a bond with your hubby, because they are as important.

4. It might seem like the only thing to do at times but try not to tell on your in-laws to your husband

Being a new arrival, you are being judged as closely by others as you are judging them. Your husband has lived with his family for decades and you cannot win his heart by creating rifts, intentionally or unintentionally between family members.

If you do, it will lower your respect in his eyes and in the eyes of the others. However, if there are serious issues, look for a calm yet dignified manner of resolution such as, politely ask the contending party about the issues they have with you rather than tattling to your hubby about them and making matters worse. By experience I can tell you that even if you don’t mean it as a ‘tattle’, it will definitely come across as nothing else.

5. You will gain more respect over time by allowing time to take its course while dealing with a lot of issues

For instance, I found this to be true in matters related to the kitchen. Every woman has her own way of running a kitchen. Let the in-laws take the lead, don’t enforce your ways. Invariably over time, they will start allowing you to take the lead too. Yes, things are bound to get out of hand sometimes because all humans are made differently. But, lowering yourself to exhibit similar childish behaviour, in my case from a sister-in-law, will do nothing to strengthen the bond between yourself and the groom. Again, try to find a more dignified mode of resolution.

6. Yes, it is hard to not visit your parents frequently in the early days of the marriage but do try to keep your Maika-visits limited at this time

In addition to making it harder for you to adjust into the new environment, it is also likely to give your in-laws and your husband the impression that you are unhappy in your new house.

Think about it, what man wouldn’t like to feel that his new wife likes his house and family?

Be gracious towards your new environment and the new members and good things will evolve over time.

7. Try not to talk too much or too excessively

In other words ‘brag’, about your father’s high post, your mother’s jewellery, your bhabi’s great house or your brother’s sports car. Even if you don’t intend to, you will be unconsciously putting down your husband and his family.

As a new bride, I made it a point to talk less and listen more. This gave me an insight into the new personalities that I have had to face in my life. This insight was an added advantage as I figured out how to best to develop a healthy relationship with my in-laws.

8. Avoid getting too familiar too fast

You might feel like you are being friendly but others may feel like you are imposing on their territory too quickly. In the early days, advance only as far as you are permitted to advance. I was especially cautious of my speech, behaviour and habits during this initial ‘trial’ period and reminded myself that is not my Amma’s house.

However, over the time when I felt like I had won enough hearts, I relaxed -just as I was in my Amma-Abba’s home.

Hint: In these initial stages, especially try to control any irritating habits. Most of us are quite well aware of these in our heart and it would be in our long term favour to put a cap on them.

9. Don’t get into the competition mode with the female in laws at all

You are not there to win a competition; you are there to make this new union work by winning hearts and developing a level of compatibility with your husband. Yes, some men are very difficult to live with but it will only take more effort on your part to make this wheel run smoothly. I’d like to mention here that, unfortunately enough, there are certain situations that cannot be compromised with at all.

10. Do not enter the marriage with divorce as an option on your mind

It shouldn’t be an option except in extreme cases and certainly never for minor, petty reasons. If you have ‘divorce’ or ‘separation’ lurking at the back of your mind all the time, it is like you have given up the fight before it has even started. Not that a marriage is a fight in the literal sense- but it is a fight to make sure you succeed at having a successful marriage despite all the ups and downs.

Last but not least, please remember that men are very, very different creatures. Their minds and their hearts function according to the rules of an entirely different planet than ours!

It is your job to find out where exactly their planet is and then build a pathway for the two of you to shuttle happily between these two planets, without attempting to move him to your planet or be forced to move to his.

Good luck. Now go and sign those papers… the guests are waiting for their food!