·         Taliban leaders are reported to have requested the civilians to hand up unmarried women to serve as “wives” for their fighters.

·         Forced marriages are invalid and strictly forbidden in Islamic Shariah.

·         For Nikah to be legitimate and valid the consent of both the adult lady and the adult man is required. 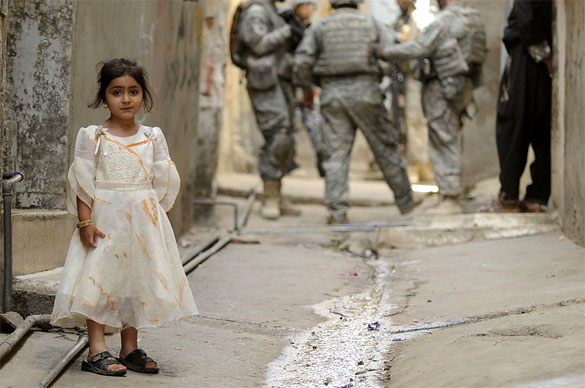 In Iraq, a 1987 law entitled the Personal Status Law and Amendments stated that a person may not marry until age 18, however, they could marry with judicial consent at age 15. Nevertheless, 24% of girls marry by age 18 and 5% marry by age 15. In Afghanistan, the numbers are just as shocking. In fact, 35% of girls in Afghanistan marry by 18, and 9% by age 15. The consequences of forced marriage in Iraq and Afghanistan are detrimental to the development of a young girl’s identity and safety, and they shed light on issues with child marriage around the globe.

Taliban leaders have publicly sworn to be humanitarian in triumph, assuring Afghan government officials, troops and citizens that they need not worry about anything as they have taken control of Afghanistan. However the Afghan civilians and those still in Taliban-controlled districts are reported to have said that the Taliban leaders have requested them to hand up unmarried women to serve as “wives” for their fighters—a form of forced marriage. In late June, a top Taliban commander was said to have ordered all women over the age of 15 and widows under the age of 40 to marry Taliban soldiers. Taliban spokesman Zabiullah Mujahid, on the other hand, denied reports that the Taliban was forcing women into marriage, saying that such activities would be against Islamic law and cultural tradition. Amid such reports, the world is seeking to know whether forced marriages are valid or invalid in Islam.

Forced marriages are invalid and strictly forbidden in Islamic Shariah. This is because a woman's consent is required for the marriage to be recognised and valid. Her marriage will be valid in Islam only when she gives her consent to pick her future husband. This prohibition is based on an event that took place in the early period of Islam when a woman complained to the Prophet (peace be upon him) about her father marrying her without her permission to his nephew. Her father, she claimed, married her to boost his reputation. The Prophet called off the wedding (peace be upon him). “Now that I am free, I freely consent to this marriage. I only wanted it to be known that males have no say over women in their marriages.” the woman subsequently told the Prophet (peace be upon him). This event refers to what several Muhaddithin [the scholars of Hadith] have narrated as follows:

Khansa bint [the daughter of] Khidam Al-Ansariya related that when she was a widow [and an adult], her father married her [without her permission, to someone] and she despised the marriage. As a result, she approached Allah's Messenger [peace be upon him], who proclaimed the marriage null and void. (Sahih Bukhari, 5138, Hadith 74/ Also in Abu Dawud 2101, Nasa'i 3268, Ibn Majah 1873, Darimi 2192, Musnad Ahmad 6-328, Mishkatul Masabih 3128)

In another hadith Hazrat Abu Hurayrah is reported to have said that Allah’s Messenger [peace be upon him] said, “A lady who has no husband [Ayyim] must not be married until she is consulted, and a virgin must not be married except with her permission”. They [the people] asked, “O Messenger of Allah, how can we know her approval”? “Her silence [indicates her permission]” he remarked. [Sahih Bukhari 6968, Sahih Muslim 64-1419, Tirmidhi 1109, Abu Dawud 2092, Nasa’i 5611, Ibn Majah 1871, Musnad Ahmad 2-250, Darimi 2186]

It is reported by Hazrat Ibn Abbas that Allah’s Messenger [peace be upon him] said, “the Ayyim [meaning a divorced, or widow, adult and sane] has greater right [about the marriage of herself] than her guardian. A virgin [who is an adult] must be asked for permission about herself [i.e. about her marriage]. Her permission is her silence”. [Sahih Muslim 2-1036]

The preceding explanation has proven that in Islam, the nikah [marriage] must have the consent of both the adult lady and the adult man in order to be lawful and valid. In exchange for the Maher [a mandatory payment of a sum of money given as a token of respect to the wife], both of them must agree in the presence of two witnesses. This also shows that no one in Islam has the authority to compel a girl to marry; neither Shariah nor modern-day legislation permits it. If Taliban fighters try to do so, international authorities must speak up as quickly as possible to release the girl from oppression, which is also against Islam's teachings.