The growing trend of lavish marriages among Muslims, prevalence of dowry system and some recent dowry deaths, have been a matter of concern for Muslim intelligentia and they have tried to enlighten the common Muslims about the evils of lavish marriages and the dowry system through their speech and writings. But their efforts have not been able to bring about a revolutionary change in the Muslim mindset. Deaths or marriage break ups due to dowry or long drawn court cases over marital disputes are commin in the Muslim society of India. 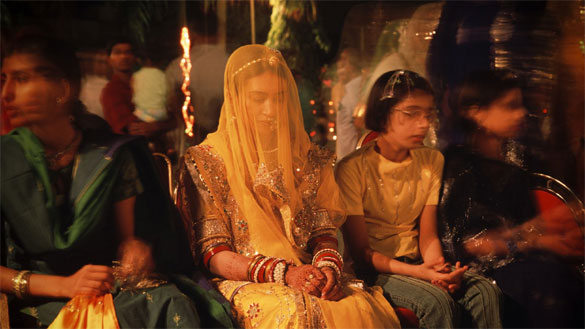 To create awareness about Ihe Islamic way of marriage and eliminate un-Islamic practices in marriages and make marriages simple, the All India Muslim Personal Law Board has launched a 10-day campaign from 27 March. During this period, the preachers and Imams of mosques have been advised to deliver Friday sermons on the importance of simple marriages, the need to eliminate dowry system and prevent lavish marriage ceremonies. It has also appealed to Muslims to hold Nikahs in mosques and do away with the tradition of Barat.

The AIMPLB had also envisaged formatiin of local committees who will hold public meetings and advise Muslims not to observe un-Islamic customs during marriages. It believes that it is the women who mainly insist on these rites and customs, and so women should be educated on Islanic way of Nikah. It has also envisaged wirkshops for would be couples or newly wed couples on the Islamic way of conjugal relationship.

The advisory has also appealed to Muslims not to use lousdspeakers, not to do video recordings of marriages and avoid playing film songs in marriages. Demanding and accepting dowry should be opposed and condemned.

The iniriative taken by the AIMPLB is cimmendable. It is a good step in the right direction. But at the same time, only a periodic campaign will yield little result. Social reform is a continuous duty of the responsible sections of the society. Only long term programmes and constant efforts will bring about a revolutionary change. For this our religious leadership will also have to bring a change in their attitude and behaviour.

They should always preach Islamic values in the light of Quran and Hadiths. Unfortunately, in religious congregations or in Friday sermons, Imams or preachers mostly speak on sectarian issues ignoring basic issues of the Muslim society. Mosques have become associated with one or the other sect and most of the Imams or preachers of these imams use the Friday sermons or Mehfil-e-Milad only to propagate their sectarian beliefs and most of the time use their energy and knowledge to prove the followers of other sects kafirs. They seldom speak on the evils of dowry system, on education, on good yreatment of neighbours, on observing five time prayers. Their main stress is on sectarian supremacy. This is the main reason of the rigft and severe ideological differences in the Muslim society.

The AIMPLB should,therefore, also launch a campaign asking the imams and preachers not to foment sectarian divide in their Friday sermons in mosques or in other religious meetings. It should also launch a campaign to weed out all takfeeri literature from their religious educational texts. Since the AIMPLB has members from all the sects, it would be easy for them to chalk out a programme to this effect. Unless they do it, any campaign like this will have little effect.