A spectre is haunting Muslims - the spectre of Fatwas. All the powers of old Islam have entered into a holy alliance: to issue more and more Fatwas, each as ridiculous as the other, and thus drown the Islamic earth in a pestiferous flood of Fatwas. Muftis and Mullahs, on-line clerics and television preachers, bearded bovines and senseless Shaikhs - they are all at it.

So gather around O believers! Here is a list of our all-time favourites.

1. The top place must go to the former Grand Mufti of Saudi Arabia, Shaikh Bin Baz. 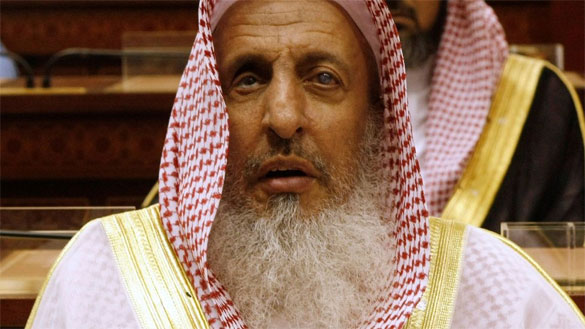 In April 2000, the Shaikh, an authority on the Qur’an and the sayings of the Prophet Muhammad, issued, after considerable study of the sacred sources, a fatwa entitled ‘The Transmitted and Sensory Proofs of the Rotation of the Sun and Stillness of the Earth’. The learned Shaikh declared that the earth was flat and the sun revolved around it. Numerous Muslim scientists, who had measured the circumference of the earth correct to three decimal places way back in the eight century, immediately turned in their graves.

2. The Mullahs in the Deoband seminary in India are never far behind their Saudi colleagues. They have, however, introduced an innovation, and are now involved in a ‘cash for fatwa’ scandal. The going rate is said to be Rs 5000 per fatwa. Literally dozens of Fatwas are issued by Deoband every week, like pork sausages coming down a conveyer belt, on a variety of topics – ranging from the use of credit cards to watching films (Both are Haram, strictly forbidden, if you must know). But their divorce by mobile phone fatwa takes the biscuit. Issued in November 2010 by Darul Ifta, the fatwa department of Dar-ul Uloom, Deoband, it reads: ‘Talaq (the word ‘divorce’) uttered thrice over a cell-phone by a Muslim man will be considered valid even if his wife is unable to hear it due to network or other problems.’ They could have added: ‘or if she is hard of hearing.’ 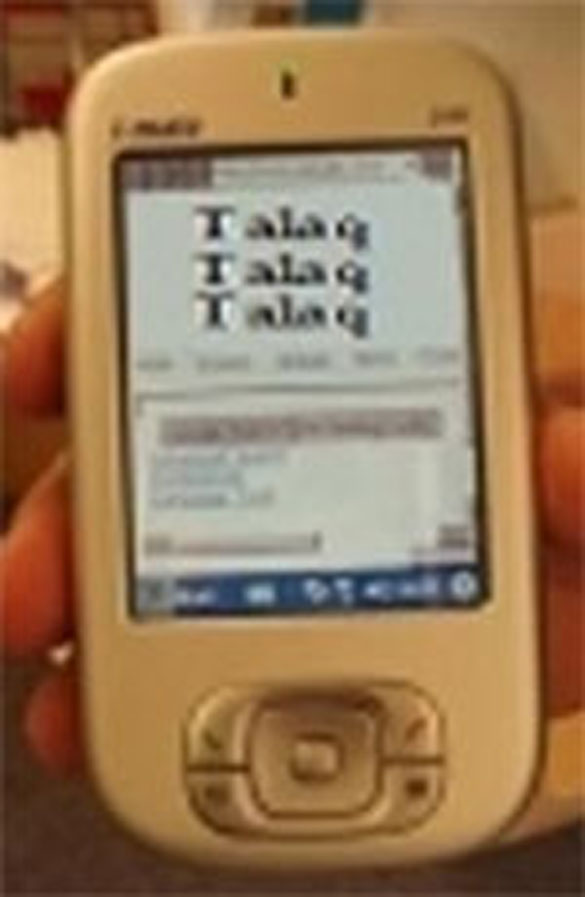 3. But why bother speed dialling that number in the first place? You could send a text instead.

In March 2007, the Grand Mufti of the UAE issued a fatwa urging the faithful to divorce their wives through SMS. ‘Divorce through modern facility does not differ from divorce written on paper,’ the Mufti declared. He did not clarify whether you had to send three text messages or if simply one would do. However, he did emphasise that no one but the husband was allowed to send such a message. We hear that divorce by text has now become a popular pastime in Tajikistan.

4. But make sure you don’t include those evil Emoticons in your text message. 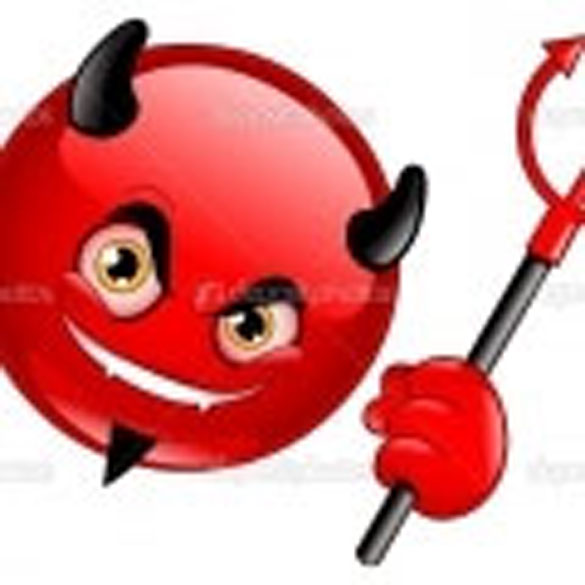 Emoticons, says Multaqa Ahl al Hadeeth, an Indian internet forum for devout Muslims – that is, those who hate deviants and ahl Bid’ah (people of innovation) – is the work of the western devils. The site, which describes itself as a ‘meeting place for students of knowledge’, asserts: ‘Emoticons are forbidden because of its imitation to Allah’s creatures whether it is original or mixture or even deformed one and since the picture is the face and the face is what makes the real picture then emoticons which represent faces that express emotions then all that add up to make them Haram.’ That’s devout logic for you.

5. Devout husbands must be eternally vigilant and careful, lest they accidently and unintentionally nullify their marriage. 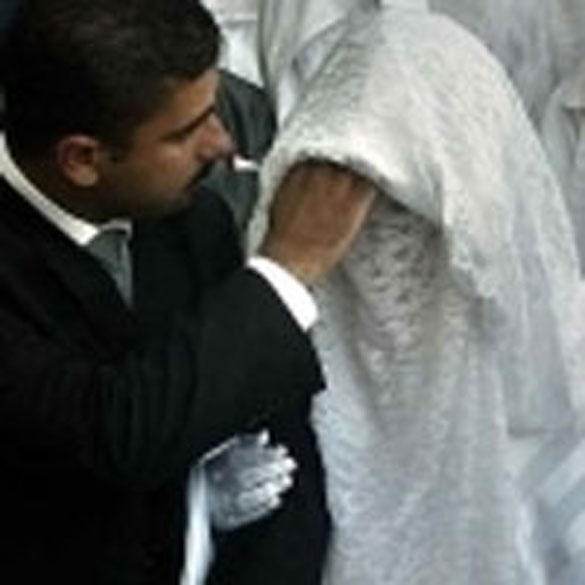 One way such misfortune could befall is by accidently seeing your wife naked during sex. According to a fatwa issued in January 2005 by Rashad Hassan Khalil, one time Dean of Sharia at that great citadel of Islamic learning Al-Azhar, ‘being completely naked during the act of coitus annuls the marriage.’ So cover yourself O ye faithful!

6. What if the wife is dead? Well, that shouldn’t stop you from having sex with her, at least according to the highly regarded Moroccan Islamic Scholar and a member of the country’s religious hierarchy, Abdelbari Zemzami.

He justifies his ruling, issued in May 2011, through an age old source of Islamic law – analogy. ‘Since a good Muslim couple will meet again in Heaven, and since death does not alter the marital contract it is not a hindrance to the husband’s desire to have sexual intercourse with the corpse of his (freshly) deceased wife.’ So stop mourning and get on with it.

7. Dead or alive, do make sure that your wife is a real woman and not a ‘tomboy.’ Women who wear trousers, or behave in a ‘manly manner’, according to an edict issued in October 2008 by the National Fatwa Council of Malaysia, are ‘tomboys’ and not women; and therefore Haram (forbidden). So do make sure, O believers, that your wives do not have short hair, wear jeans, or speak too loudly.

A month later, in November 2008, the National Fatwa Council of Malaysia identified Yoga as ‘an aberration’. The Iman (faith) of a Muslim is already too weak, declared Abdul Shukor Husin, the Chairman of the august Council, to stand the onslaught of Hindu spiritual elements and chanting. Yoga ‘can destroy the faith of a Muslim’ completely! The Council is now working on a ‘Halal Yoga’ so that ‘more complaint Muslims would not be confused’. Presumably it involves Halal necrophilia.

9. However, if your Yoga-practising tomboy of a dead wife wants to go out and work there is a handy solution to your problems. According to a fatwa by Ezzat Attiya, another genius from the Al-Azhar factory and head of its Hadith Department, issued in May 2007, the rules forbidding unrelated men and working together can be easily overcome. The women should breast-feed their male colleagues. That, on the authority of some Hadith or other, would make them kin, nearest and dearest who can work and hang out together. 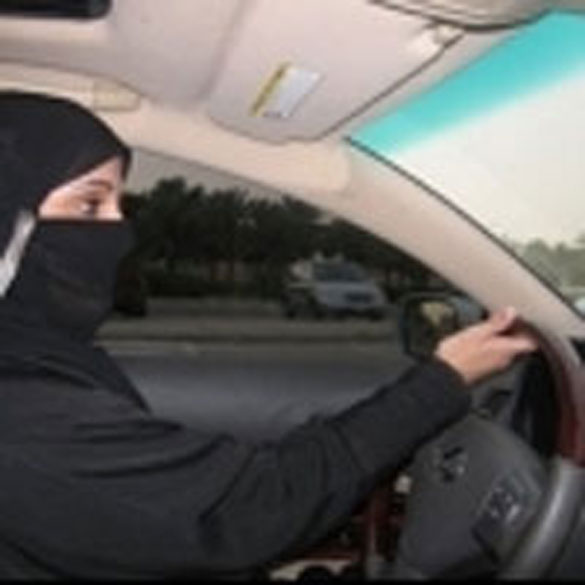 10. In the end, as in the beginning. We return to Sheikh bin Baz, the late, lamented Grand Mufti of the Kingdom of unsoiled Muslims with perfect faith. Thanks to WikiLeaks we now know that it was none other than the blind Mufti himself who decreed, in a famous fatwa in 1991, that women should not be allowed to drive.

The Sheikh declared, reads a cable, that ‘allowing women to drive would result in public “mixing” of women, put women into dangerous situations because they could be alone in cars, and therefore result in social chaos’.

The man was right. The Islamic earth is really flat.