Dr. Al-Raysouni an Expert at the Islamic Fiqh Academy: Is Democracy One of the Objectives of Shariah?

Away from the approach of prohibiting and revoking, or the approach that exploits the legitimization of tyranny, Dr. Ahmed Al-Raysouni considers the issue of democracy, or democratic organization, in relation to well-established Islamic principles. 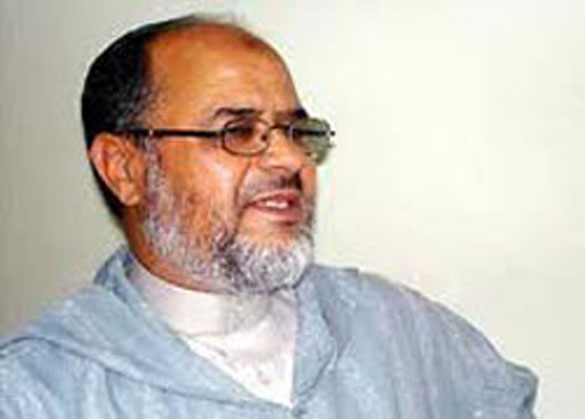 Dr. Al-Raysouni an Expert at the Islamic Fiqh Academy

Dr. Al-Raysouni is a jurist who specially focuses on the objectives of Shariah and an expert at the Islamic Fiqh Academy. He discusses the dire need for democracy from a realistic and Sharai perspective that turns it into an aspect of Shura in its moral and spiritual sense and into a tool for liberation from political autocracy in most Muslim countries.

Presenting the viewpoint of Dr. Al-Raysouni on democracy is especially significant for two reasons. First, he combines Sharai knowledge with political activism. Al-Raysouni is a former head of an Islamic movement in Morocco and member of the national council of the Moroccan Justice and Development party. Second, he is keen on deepening the Shariah-based consideration of this issue, relying on the Sharai justifications that make democracy a main Shariah objective and one of the tools for achieving justice, freedom, and progress. This tool can also be used as a means for stamping out tyranny, oppression, and underdevelopment that grip the Muslim world today.

In his book "Shura in the Battle of Development", Al-Raysouni elaborates on the meeting and separation areas between democracy and Shura. He further discusses this issue in an article published at his official website, titled "Islamists and Democracy".

Before explaining the need of the Muslim world for democracy and its usefulness in establishing the Shura system and providing the procedural tools needed for its application, Al-Raysouni first expands on the Sharai ground for sanctioning the principle of benefiting from others what proves to be good and beneficial. He bases his opinion on Sharai texts as well as practical applications by the Prophet (peace and blessings be upon him), his Companions, and the righteous among the succeeding generation.

The Islamic approach is marked by openness and comprehensiveness which is rooted in the noble Qur'an. One of the important lessons mentioned in this sacred book can be derived from the story of the hoopoe. Though not a reasoning human being, the hoopoe brought "sure news" to Prophet Solomon (peace be upon him), which gave rise to historic change by the conversion of the Queen of Sheba to Islam.

The Qur'an also guides us to take lessons from the story of the two sons of Adam. The crow, another unreasoning creature, taught the killer how to bury his brother's dead body.

It is clearly indicated in these two Qur'anic stories that we have to learn from others, whoever they may be, in case they act rightly and wisely or prove to be more experienced, knowledgeable, or skillful in some area.

This approach was adopted by the early Muslims, during the Prophet's lifetime. Digging the trench and using the pulpit for sermon delivery and Adhan are examples of the openness of Muslims to the ideas inspired by others. This approach, according to Al-Raysouni, proves that "it is permissible to follow the example of others whenever they act rightly and perfectly. The criterion here is whether what they do is in accordance with Islam, benefits Muslims, and serves their interests." (Shura in the Battle of Development, page 154)

The true significance lies in the essence, content, meaning and objectives, as opposed to superficial appearances, names, terms, and methods

Al-Raysouni then moves to talk about the necessity of embracing democracy – with some degrees of modification and rectification – as implicitly required under the aforementioned approach. He refers in this respect to the principle that "wisdom ought to be pursued wherever it may be" and to "the need to adhere to a rightly-guided Sharai policy." (Shura in the Battle of Development, page 166)

He holds that there is a need today that we look around us and review the systems and patterns of organizations employed by others and consider its potential usefulness and effects. It is of no significance here whether we call it democracy, imported democracy, or democratic system or approach. The true significance lies in the essence, content, meaning and objectives, as opposed to superficial appearances, names, terms, and methods.

There is nothing wrong, according to Al-Raysouni, in retaining the term democracy, as it has a powerful connotation and meaning that makes it easier to engage in dialogue and reach understanding. This is similar to maintaining the use of the word qistas (balance) in the Qur'an to indicate justice.

We conclude from the foregoing that democracy, in its fundamental idea and purpose, constitutes "a means whereby to achieve justice and equality; prevent tyranny and oppression; and guide the management of common public affairs. Just as the qistas is an ideal means for establishing justice in relationships, rights, and disputes, there are other means, balances, and systems that also gain legitimacy and significance based on their achievements and outcomes." (Shura in the Battle of Development, page 167)

Treating the Drawbacks of Democracy

Al-Raysouni illustrates that he does not accept democracy exactly as it is, without tackling its flaws. Yet he says it needs rectification and adaptation to our Islamic environment so that it can reach the desired objectives. This is particularly true when we are in a transitional phase from accepting the standard, ideal, and theoretical democracy to living a practical one.

He adds, "As it is our destiny, we Muslims, to live in this age of democracy and its globalization, being invited or forced to adopt it entirely or partially, we may also be destined to be the nation that rectifies democracy, elevates it, and treats its ills." (Shura in the Battle of Development, pages 167-168)

The biggest blight of democracy today is that "it is dominated and controlled by the wealthy people" whether by maintaining influence within the political authority or by founding parties and funding its activities, election campaigns, and media outlets. Indeed, such is a bad situation "that alters the facts in a legal and democratic way." It is not immune to remedy, however.

On the expression "the supremacy of people" and the associated concerns and fears that it may open the door to revoking the rule of the Shariah, Al-Raysouni argues that "this problem is only mental and theoretical."

The proposed remedy, according to Al-Raysouni, is to make use of the powerful influence of the scholars and preachers, as well as the tribal and local leaders in Muslim countries in a bid to show "the normal faces of society, which are truer than the democratic form that holds control. This will serve as an element of restraint and balance against the power of money and those who possess it."

This influence should also be reinforced by "human development institutions in Muslim societies" and also by disseminating the true Islamic values and culture, upon which the power of money holds no sway. Mosques, da`wah groups and institutions, Sufi orders, and religious schools ought to play this pivotal role.

On the expression "the supremacy of people" and the associated concerns and fears that it may open the door to revoking the rule of the Shariah, Al-Raysouni argues that "this problem is only mental and theoretical." "The abolition of some Sharai rules in the laws of some Muslim countries was done in a dictatorial, not democratic, way. Some of these abolitions were imposed by foreign occupation and some by Muslim rulers under foreign pressure or out of their totalitarian will. Democracy is not to be blamed for this." (Shura in the Battle of Development, page 171)

Suppose that these concerns and fears have really materialized under a real democratic system, wonders Al-Raysouni, the existing reality, not democracy, is to blame for this. "Democracy in such a case would have only exposed these problems, not been the reason behind them. In fact, this should make us approve of and hold onto democracy, not reject, criticize, and level accusations against it."

To tackle these fears, Al-Raysouni believes that we need to educate people about their religion and enhance their religious commitment. People should be attracted to religion by persuasion, not coercion and subjugation. We ought to be more concerned about the disease itself, not merely the symptoms. We should focus on finding solutions rather than trying to obliterate the truth. "If these problems and their roots are successfully tackled, then what was lost because of democracy will be restored by means of it too. And it will be a great gain that we have managed to find out the defects and address them. That would be a clear victory, indeed." (Shura in the Battle of Development, page 173)

After these discussions, seeking to reach intellectual conviction of the usefulness of embracing democracy on a Sharai basis, Al-Raysouni moves to a realistic aspect of this issue in an article titled "the Islamists and Democracy". In this article, he stresses again his mental approval of the adoption of democracy, which he builds on the grounds that democracy allows for a peaceful rotation of power through elections and guarantees the freedom of people to choose their rulers and the ability to hold them accountable. He also cites other constitutional rights and rules as reasons for his approval of democracy, describing them as "lofty and civilized principles and ideals that no one should argue about or hesitate in accepting and demanding."

He adds, however, that what is subject to disagreement and needs settlement by the Shariah and competent scholars and experts is "the partial details and applied forms of democracy". These details and forms need to be studied in order to determine whether they are proper and wise, and whether they comply with the overall rule.

The problems and challenges facing democracy and the democratic thought, as well as the flaws in application, are far greater and more serious than the theoretical objections and reservations by some Islamists or others.

Accordingly, Al-Raysouni, notes that the problems and challenges facing democracy and the democratic thought, as well as the flaws in application, are far greater and more serious than the theoretical objections and reservations by some Islamists or others.

Al-Raysouni does not stop at the exploitation of the flawed application of democracy as a justification for any particular form of tyranny. Yet, he also tries to uncover some problems related to democracy and the rules of Shariah. These problems include, according to Al-Raysouni, the relationship between democracy and Shura, the controversy revolving around the pagan and secular origin of democracy, and the dispute between Islamists and secularists over the choice to rule by the Shariah or by democracy.

Democratically speaking, whatever peoples choose and cling to should be accepted. A true democratic person is the one who respects the choice of his or her own people. This said, no one can argue about the fact that all Muslims – not only the majority of them – adhere to the clear and well-established rules of their religion. This is a conclusive and well-known democratic choice that should be respected and observed by all those who believe in democracy. Some even say that the rule of democracy is above the rule of religion. But this can only apply to the case of a minority and their religion. As for the faith followed by the vast majority of people – or the whole people – in any particular nation, sticking to it is the very meaning of democracy.

After this intellectual futuristic look at the position of democracy within Shariah, the question remains: Is it really possible to drag democracy among the objectives of Shariah, or would that only serve its own objectives?

This question is left to Dr. Al-Raysouni and his companions to further debate and answer.

Article first published in Arabic on the Madarik web site of Onislam.net. It was translated ino English by Ahmed El-Gharbawy