The Continuing Tyranny of the Triple Talaq

By A Faizur Rahman 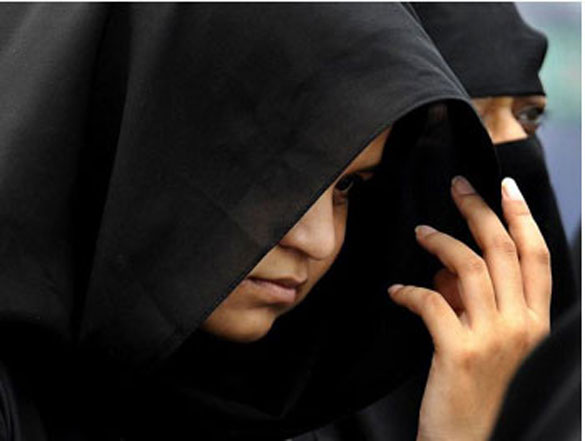 AT THE RECEIVING END: Despite the clarity of the Quran on the issue of divorce, the Muslim patriarchy has stubbornly refused to adopt the procedure.

Darul Uloom Deoband is once again in the news for the wrong reasons, having validated a recent instance of triple Talaq uttered in a drunken state by a Muslim husband (“Deoband: Talaq given in a state of drunkenness valid,” The Hindu, March 30, 2012).

This fatwa is bad in law and theology as it is not based on the Quran and the authentic pronouncements of the Prophet. It has been deduced from medieval treatises such as the Hidaya and Radd al Muhtar which state that if liquor consumed has reached the prohibited level of intoxication (a purely subjective issue) then Talaq uttered in such a state shall be held valid. It may be pointed out here that Hazrat Usman, the third Caliph of Islam, and Ibn Abbas, the Prophet's paternal cousin, were of the view that Talaq under the influence of liquor was not valid because of the incapacity of the drunken person to exercise reason (Sahih Bukhari).

But the argument medieval jurists advanced for validating Talaq by drunken Muslim men was that it would discourage liquor consumption. And Deoband seems to agree. The question is: should alcoholism be dissuaded at the cost of a marriage where the affected party is always the hapless wife, not to mention her innocent children?

The Deoband fatwa is also wrong because of its inherent presumption that the pronouncement of three Talaqs in one sitting breaks the marital tie instantaneously. This practice finds no support in the Quran or Prophetic pronouncements. Indeed, the Prophet when informed about a man who gave three simultaneous divorces was so enraged that he said, “Are you playing with the Book of Allah, the Great and Glorious, while I am still amongst you?” (Mishkat)

The Quran on Talaq

Muslim institutions must understand that Quranic ontology revolves around the principles of justice, fairness and equity, and therefore, any law that contravenes or abridges the rights arising out of these standards of ethics automatically becomes unacceptable. But the continued refusal of the Muslim patriarchy to see reason makes it imperative to analyse the procedure of Talaq in the Quran to expose the illegitimacy of some of their fatwas. The Koran has dealt with the issue of Talaq at length in chapters 2, 4 and 65, namely, Al-Baqara, Al-Nisa and Al-Talaq.

When there is marital discord, the Quran advises the parties to sort it out (fa'izu hunna) among themselves. If differences persist, then, as a next step, they are asked to undergo temporary physical separation (wahjuru hunna) in the hope that this will encourage them to unite. If even this fails, the husband is instructed, as a third step, to once again explain (wazribu hunna) to his wife the seriousness of the situation and try to bring about a reconciliation.

For instance, in pursuance of wazribu hunna, the husband may point out to his wife that if they do not resolve their differences soon enough, their dispute may go beyond the confines of their home and become a subject of gossip, which may not be in the interest of the family. If the dispute still remains unresolved, as a fourth step, the Koran requires the matter to be placed before two arbiters, one from the family of each spouse.

It is only after the failure of the four reconciliation attempts that the Koran allows the first Talaq to be pronounced, followed by a waiting period called iddah (2:228-232 and 65:1-4). Not more than two divorces can be pronounced within this period, the duration of which is three menstrual cycles (2:228-229). For women who have attained menopause or suffer from amenorrhoea, iddah is three months, and in the case of pregnant women it is till the termination of pregnancy (65:4).

If the parties are unable to unite during iddah, the final irrevocable Talaq can be pronounced, but only after the expiry of iddah (2:231). Once the final Talaq is invoked, the marital bond stands severed and the spouses cease to be of any relation to each other. However, even after the lapse of iddah, the Koran offers the disputants a chance to reunite, provided the final Talaq has not been pronounced. It says, “When you divorce women and they complete their term [iddah], do not prevent them from marrying their [former] husbands if they mutually agree on equitable terms” (2:232). In other words, after the expiry of iddah, as per 2:231, 232, the parties are given the options of re-contracting the marriage on fresh terms, or seek permanent separation — the separation being the third and the final irrevocable Talaq to be pronounced in the presence of two witnesses (65:2) within a reasonable period of time.

It is astonishing that despite the clarity of the Koran on the issue of divorce, the Muslim patriarchy has stubbornly refused to adopt the Quranic procedure. Because of this, courts in India are forced to uphold the validity of triple Talaq on the principle of stare decisis, declaring the practice to be “good in law though bad in theology.” The precedent cited is the Privy Council judgment in the case of Aga Mohammad Jaffer vs Koolsom Beebee [(1897) 25 Cal. 9, 18, 24, IA. 196, 204], wherein it was held that it would be wrong for the courts to put their own construction on the Koran in opposition to the express ruling of commentators of “such antiquity and high authority.”

But the fact is that the rulings of many a classical commentator of high authority have been the cause of the chasm between the present day “Shariah” and the real Shariah. Unless this gap is bridged, and the Muslim personal law brought in conformity with the Koran and the authentic teachings of the Prophet, Muslim women would continue to suffer.

The author is the Secretary General of the Islamic Forum for the Promotion of Moderate Thought.