Imagine if Hakim had translated Bhagavad Gita in Pakistan Today, ... 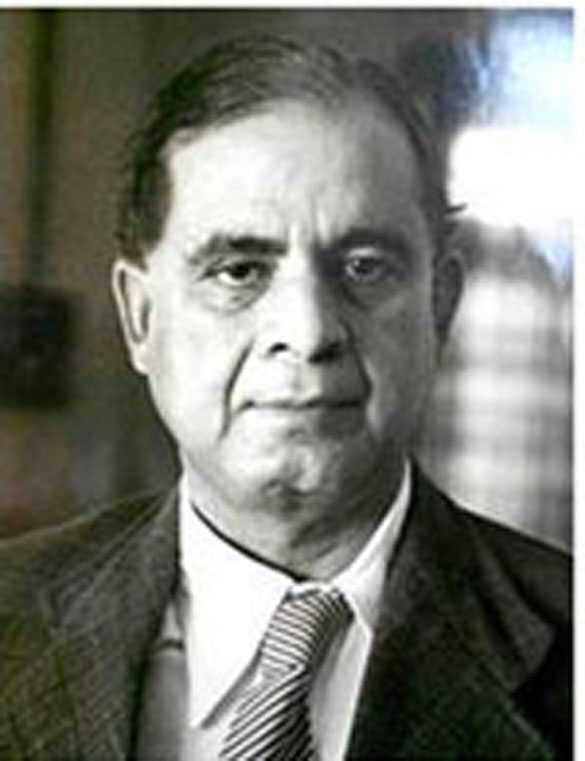 For years I had been planning to write about Dr Khalifah Abdul Hakim (1896-1959), the great philosopher and intellectual of the twentieth century. Last year, I had ventured to review his famous Urdu translation of the ancient Hindu text Bhagavad Gita. Given the range of Hakim's thought and accomplishments, I must admit it took me years to get acquainted with his intellectual legacy. He was never taught in our schools and the education system rarely found space for his eclectic and progressive corpus of intellectual investigation. Pakistan as a country is simply 'anti-intellectual'. Much has been said about the low priority we accord to humanities and liberal arts and especially with respect to discourses on contemporary Islam. No point in reiterating all those tedious arguments and tragic examples. Imagine if Hakim had translated Bhagavad Gita in the twenty first century Pakistan, where militant outfits preach hatred against India and Mumtaz Qadris are celebrated, he would have been branded as an infidel for promoting the sacred texts of 'Kafirs'. Such is the rot of our present. Given the parochial education system and the monopoly of televangalists on national television, Hakim's message and ideas can constitute footnotes of history. This is why I was pleasantly surprised to hear about the new website that his distinguished daughter Prof Rafia Hasan has created. Internet is already changing the way we function, think and see the world. Henceforth, the portal www.khalifaabdulhakim.com will provide free access to the published works of Hakim sahib. Hopefully, this will allow young Pakistanis to read and refer to his works, especially the ones in Urdu which have been uploaded in a user-friendly format and enable effortless reading.

Hakim received his doctorate in Philosophy from Heidelberg University, Germany. A Kashmiri by origin and a native of Lahore, he spent most of his working life in Hyderabad Deccan where he was a professor and later Chairman of Department of Philosophy, Osmania University. His long career in academia started in 1918 when he was selected by Osmania University as a professor. During 1943-46, he also served on deputation as Principal Amar Singh College, Srinagar (Kashmir). In 1950, he was appointed as Director, Institute of Islamic Culture, Lahore and held that position till his death. Hakim was also elected as the General President for the fist session of Pakistan Philosophical Congress in 1954; and was internationally renowned for his scholarship. 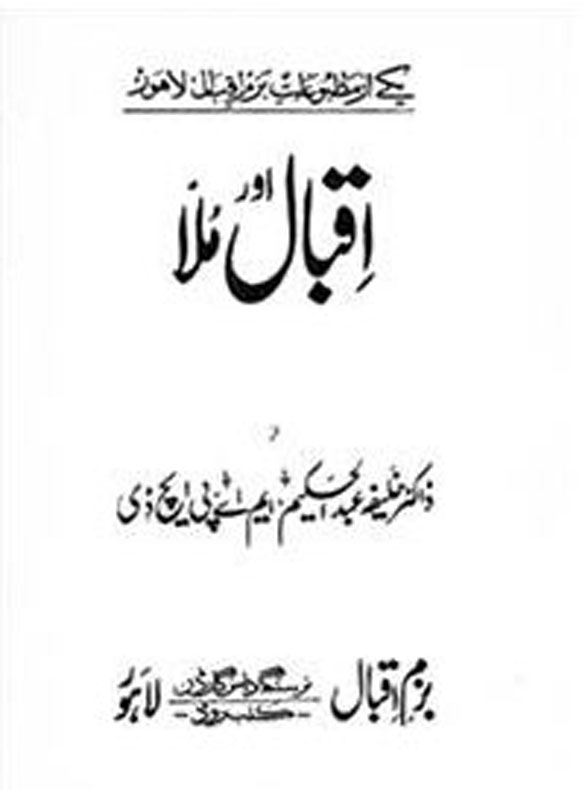 It is said that Hakim had advised the great Bengali poet Rabindranath Tagore in setting up a centre for Islamic research in Shanti Niketan. His extraordinary life was devoted to scholarship and he authored more than a dozen books and translated four from English and German on subjects which represented his key passions: progressive Islam, the spiritual-poetic universe of Rumi, Hafiz, Ghalib, Iqbal and the history of philosophy.

Hakim elucidates why Iqbal was opposed to the literalism and intellectual stagnation of clerics. In fact he makes a definitive comment that had Iqbal not died he would have been at odds with Mullahism

Hakim's major works include 'The Metaphysics of Rumi', 'Islamic Ideology', and 'Prophet Muhammad (pbuh) and his Mission'. A key work in his rich legacy was "Islam and Communism" published in 1951. Hakim was an ardent proponent of "Islamic socialism" which was later politicised and used as a slogan in the 1970s. In post-war India (during the 1940s) and post-1947 Pakistan, this was an important voice. In Hakim's worldview, inherent to Islam's message was social justice. While the religion allowed for limited competition and private property, it also laid down a framework for setting limits on the accumulation of wealth and assets. In this context, the laws of inheritance, progressive taxation and regulated commerce were the instruments to achieve social justice. It's a pity that our religious parties and neo-Islamists have not developed a discourse of this kind and therefore were never able to win the sympathies of people.

His translation of Bhagavad Gita 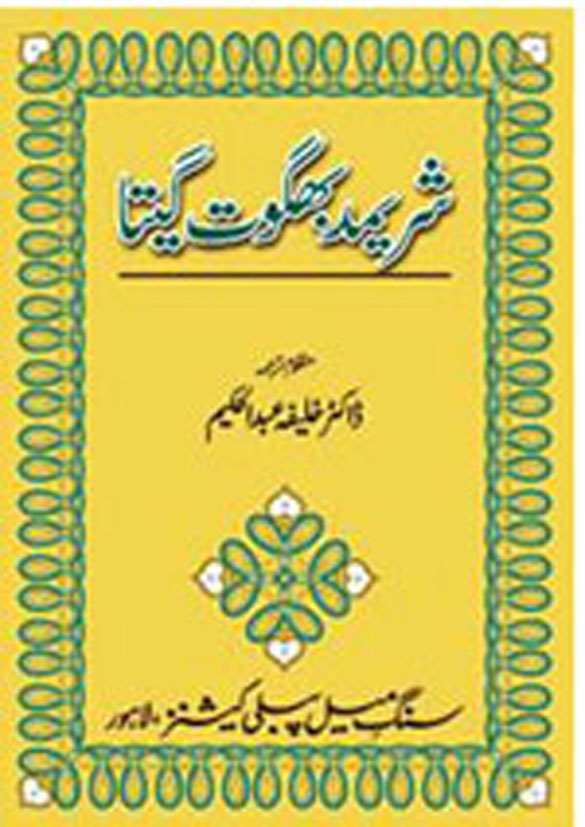 His works on Iqbal are also noteworthy. Among others, the short publication, "Iqbal aur Mullah" needs to be introduced as a mandatory reading. In this treatise, Hakim elucidates why Iqbal was opposed to the literalism and intellectual stagnation of clerics. In fact he makes a definitive comment that had Iqbal not died he would have been at odds with Mullahism. Hakim's comments, that the sectarian ideologies propagated by clerics were dangerous and inimical for Pakistan's welfare and future, were prophetic. The hints he gave in that book have now proved to be true.

Hakim could not have translated Bhagavad Gita in the twenty first century Pakistan, where militant outfits preach hatred against India and Mumtaz Qadris are celebrated

To thinkers of this age, universal values of humanism and inter-faith dialogue were paramount. Hakim's inclinations therefore make him the ideal scholar to have written on Ghalib, the great Urdu poet disowned by Pakistan as "Indian" and perhaps too secular. Hakim's work Tafheem-e-Ghalib is a must-read for all Ghalib lovers and I read it from time to time to gain insights into Ghalib's poetry. Not that I can ever claim that I understand Ghalib as it might just be a life-long journey.

The website www.khalifaabdulhakim.com is a gateway to the world of progressive ideas that we can still reclaim. It is still a work in progress but most of the links are active and the best part is that you can read the original works of Hakim as well as the commentaries on them. There is also a section on doctoral theses completed on his scholarship. My favourite essay from Dr Aftab Ahmed's collection of personal sketches - Ba yaad e sohbat e nazuk khayalan (literally, the memories of companions with refined thoughts) is the best which gives a readable insight into Hakim's personality and humanizes the scholar.

Islam, as Iqbal has repeatedly mentioned in his lectures, is not a static belief system. Its inherent dynamism is for the Muslims to identify, interpret and apply to their individual and collective lives. But Iqbal has been terribly pigeonholed and his universal thought has been reduced to a simplistic dream of a mighty Islamic state and revival of Islamic Empire. Browsing through this website and re-reading some of the works by Hakim, I was somewhat comforted that there may be ways to reshape the discourse on Islam in Pakistan. No reformation of Islam can escape the ideas of Iqbal and Hakim; and therefore this is a website with immense possibilities. Dr Rafia Hasan and her capable daughters Naveed and Nudah are carrying forward the mission of this great man. All power to them!

Raza Rumi is a writer from Lahore.