Indian Muslims Must Derive Inspiration from Yusuf Khawaja Hamied, the Indian-Origin Scientist at the Cambridge University’s Chemistry Department Which Has Been Re-Named After Him

One of the most important and gratifying news emanating from Indian Muslims in the present age, which should make every Indian feel happy and proud of, is an announcement from the famous Cambridge University of England. It has decided that from December 1, 2020, the Department of Chemistry at the Cambridge will be headed by Dr. Yusuf Khawaja Hamied, Indian-origin world scientist, son of Khwaja Abdul Hamied and an elected fellow of the Indian National Science Academy. Popularly known in India and abroad for his efforts to eliminate AIDS in the under-developed countries and to provide life-saving drugs to the patients. He defied major Western pharmaceutical firms with the goal of supplying generic AIDS medications and care for other diseases mainly affecting people in developing countries. 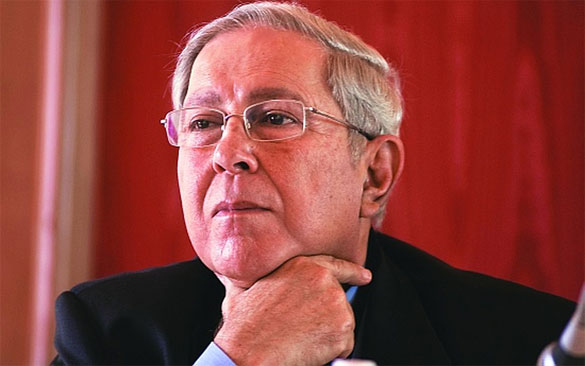 Dr. Yusuf Khawaja Hamied says, "I don't want to make money off these diseases which cause the whole fabric of society to crumble"……..AIDS today is not a death sentence. It can be treated as a chronic illness, or a chronic disease”.

Thus, Cambridge University has conferred one of the highest academic honors upon an Indian Muslim, making every Indian around the world hold his/her head high.

Notably, Dr. Yusuf Khawaja Hamied is one of the owners of Supla (CIPLA), an allopathic pharmaceutical company in India with its branches worldwide. Also, he is the son of Dr. Khawaja Hameed, a renowned Indian scientist of his time with a PhD in Chemistry from Germany. It would not be inappropriate to mention here that Dr. Khawaja Hamied, was also a resident of Aligarh and had received his early education in Manto Circle, Aligarh, when he brought his PhD in Chemistry from Germany.

He taught science for some time at Jamia Millia Islamia and one of his famous students is Prof. Akhlaq-ur-Rehman Qidwai. He was also the President of the Chemistry Department of Aligarh Muslim University, and the first Muslim chairman of the Union Public Service Commission in India, besides his political stint as a member of the Rajya Sabha and governor of several states. Dr. Khawaja Hamied moved to Bombay after some time and achieved enviable success in the global scientific institutions, leading to unceasing popularity and expansion of Supla in the chemical and pharmaceutical industries. He was followed by his famous son, Dr. Yusuf Khawaja Hameid, who did his PhD in Chemistry and then took Cipla to new heights in the country's pharmaceutical industry. The fact that the Department of Chemistry at Cambridge University has been re-named after him is a living proof of his timeless reputation and scholarship all over the world.

The hue and cry over Muslims’ intellectual backwardness is all over the world and it has become a fashion now, causing grave inferiority complex among Indian Muslims in particular. In such a case, the profound contributions of these people should be known to Muslims as well as to the world. An ocean of knowledge and wisdom was left behind them.

The original article was written in Urdu and was published in the Urdu daily, Inquilab. A summary has been translated.

Prof. Akhtarul Wasey is a professor Emeritus in Islamic studies. He taught in the Department of Islamic Studies at Jamia Millia Islamia (Central University) in New Delhi and is currently President of Maulana Azad University, Jodhpur.