This year’s Padma Awards had some surprises. Among the awardees are two prominent Islamic scholars, viz., Maulana Wahiduddin Khan and Maulana Kalbe Sadiq (posthumously), who have been awarded the Padma Vibhushan and the Padma Bhushan, India’s second and third highest civilian honour/awards, respectively. The nonagenarian scholar, Wahiduddin Khan had earlier been conferred the Padma Bhushan in 2000, and the Rajiv Gandhi National Sadbhavana Award in 2009. 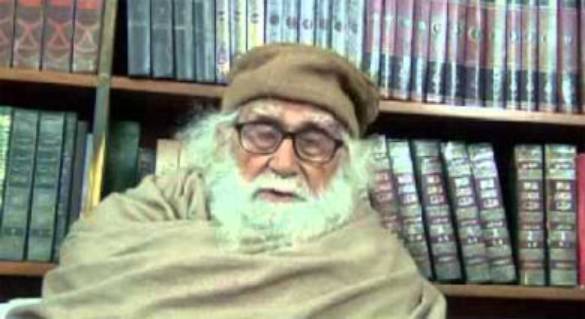 To the extent perception shapes reality, the semiotics of these awards is unmistakable — few would have expected Islamic scholars to be honoured this way. Therefore, it can rightly be surmised that the conferment is as much a recognition of the services of these scholars as the signalling of what the government considers of value in national life.

India’s template for a good Muslim is the same as its template for a good Hindu, Sikh or Christian, etc. Neither is it any different from the Islamic or the universal model of a good person — that he should be a good citizen who enriches society by service, charity, peace and amity. It is from this vantage that Wahiduddin Khan dives into the vast resources of Islamic traditions to bring to the surface its universal human values.

The axiom of Islam as a religion whose very name means peace — particularly that which pervades following the submission to the divine will, by subscribing to the universal morality, to make the world an ever better place — could be borne out only if it reflected in the individual and collective behaviour of Muslims. A religion is only as peaceful as the narratives it spawns and the characters it shapes.

Maulana Wahiduddin Khan is among the very few traditional scholars who undertook to weave a narrative of peace for Muslims. He runs the Centre for Peace and Spirituality at New Delhi with the aim of presenting Islam as a complete ideology of peace. He has authored books such as The Prophet of Peace, The Age of Peace, and Islam and World Peace.

In his system of thought, the defining moment in Muhammad’s prophetic career was the Treaty of Hudaybiyyah (CE 628). To put an end to the incessant warfare with his Meccan adversaries, the Prophet entered into a treaty with them which, much to the indignation of his followers, had the appearance of abject capitulation. But he was determined to buy peace irrespective of the cost. The cessation of hostilities brought quick dividends as the resumption of social interaction between the erstwhile foes created avenues for an exchange of ideas in an atmosphere which conduced reflection on Muhammad’s message. Soon, many of his prominent adversaries were to come to his side and a couple of years later, Mecca was won over in what the Koran calls Fatah Mubin (the manifest victory). The hermeneutical pivot in Maulana Wahiduddin Khan’s interpretation of Islam is verse 41:34 of the Koran which says, “Good and evil are not equal. Repel evil with what is best, and you will see that the one you had mutual enmity with will turn as if he were a close friend”.

This understanding of Islam flies in the face of the supremacist theology which is at the root of Islamism or Islam as a political ideology. Wahiduddin Khan broke away from Abul A’la Maududi’s theo-fascistic interpretation of Islam as a totalitarian ideology which sought to instil in the Muslim psyche a sense of entitlement for the domination of the world. He made a thorough critique of it, and demonstrated its fallacy, in a tract, The Political Interpretation of Islam.

Muslim political narratives, predicated as they are on a sense of entitlement born of an imperial past, have been brimming with grievances and resentments.

Wahiduddin Khan rightly identified the victimhood syndrome to be at the root of the politics of confrontation and violence. The psychosis of suspecting an anti-Muslim conspiracy in things as diverse as the American foreign policy and the Indian security concerns could have a deleterious impact on both the Muslim community and the world at large. In his book, Indian Muslims: The Need for a Positive Outlook, he addressed this problem and argued against the penchant for wallowing in victimhood and regaling in confrontation. He counselled his fellow Muslims to focus on moral uplift and socio-economic development, and on seeking the goodwill of their compatriots.

Thus, on all the contentious issues which have shaped the Muslim identity since the mid-1980s, Wahiduddin Khan, swimming against the current of popular opinion, pleaded for sanity, and advised Muslims to eschew the frightening militancy in their discourse. In face of egregious slander, he reaffirmed the state’s jurisdiction to legislate for social reforms in matters pertaining to the Muslim Personal Law. He opposed Khomeini’s fatwa against Salman Rushdie. The said fatwa has since been as good as withdrawn, vindicating the Maulana’s position that it was neither good in religion nor in politics, and a mix of the two was an abomination. He courted vicious calumny when he counselled Muslims to relinquish their claim on the Babri Masjid. Everyone understood that the matter had transcended the technical rights and wrongs of the ordinary situation. But only he had the well-cogitated conviction to tell Muslims to let go of the mosque lest a ferocious maelstrom engulfed them. The Muslim leadership had stretched its stridency to a pitch from where it was impossible to climb down. It could not get off the tiger it was riding, and the rest is history.

Endeavours That Must Win

In today’s plural, multicultural and secular world, the Islam which can co-exist with other religions is the one propagated by the likes of Maulana Wahiduddin Khan. Its lineage can be traced to the reinterpretation of the Quran done by Sir Syed Ahmad Khan and Maulana Abul Kalam Azad. These two scholars tried to update the interpretational tradition of Islam to make it relevant for the contemporary world. They demonstrated that an underlying unity of essence bound Islam with all other religions, and that their different forms were due to their culture-specific idioms. Maulana Wahiduddin Khan’s endeavours are met with the same cynicism and hostility as his aforementioned predecessors. In due time, he will be similarly vindicated. One can only hope that this happens before it is too late.

Najmul Hoda is an IPS officer.

Original Headline: The portrait of a peacemaker and scholar