Ibn alArabi is a Sufi saint. In most countries of the Islamic world, including ours, the tendency to view and examine Ibn alArabi’s thoughts and ideas in the context of unity of existence is so common that this one-sided critique seeks to dispel this impression. That this great Sufi and philosopher has no other notable thoughts. In Germany, Ibn Arabi’s multidimensional ideas are compared to those of Eckhart von Hochheim (1260-1327) and Nicolaus Cusanus (1401-1464). The Philosopher Ibn al Arabi not only became the source of enlightenment but for the whole region where He travelled met to the righteousness. 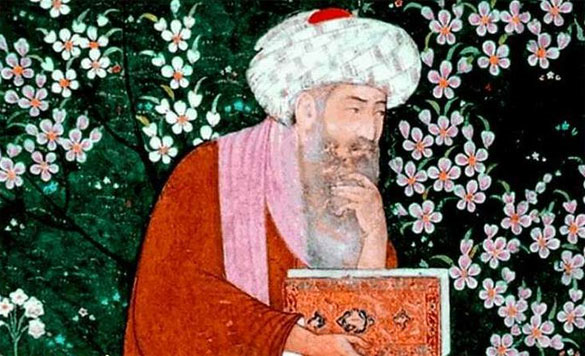 In the list of authors, Shaykh al-Akbar Ibn al-Arabi himself narrated 250 books, while in 633 AH he narrated 290 books to the Ayubi Sultan of Damascus, giving permission and authority. Has authored 475 books and magazines. Georgia Awad has access to 527 books.

Since Usman Yahya’s research in French is the most modern, he has not only given a separate serial number to each book but has also kept it out of the reach of the public. According to his research, Ibn Arabi is the creator of 846 books and magazines. Ibn al Arabi became the strength of Ottoman Empire providing them luminous knowledge from Islam.

Here are some of the sayings of Mohiy-ud-Din Ibn Arabi:

Even if the tyrant writes his name in gold letters, it is a black writing in history.

May you be ruled to stop oppression and to show the power of justice to the oppressors. Amen. (This prayer was offered to Ertughal Ghazi when Ertughal Ghazi was just a minor warrior)

Perfection emanates from the womb of patience.

A person can never be a leader if he cannot control his language and desire.

Destiny loves those who strive.

Human beings have their own manipulations, so Allah has his own reckoning and there is no doubt that Allah’s reckoning is the same for all.

Allah has not allowed the blind imitation of anyone other than His Messenger. No matter how great commentators, Muhaddiths and jurists they may be. Anyone who disobeys God’s laws should never be honoured.

May his fame touch the heavens. I am not a person who is satisfied with just saying that so-and-so has said this and so-and-so has not said that. What could be more ignorant of man than that he collects stones (jewels) and wastes valuables?

No one believes in any charity work in which you consider yourself a charity.

The Human Kingdom Is A Kingdom

He has likened the human kingdom to a kingdom, just as a kingdom has a king, a minister, a counsellor, a protector, a judge, a commander, an army and subjects. In the same way, all these are present in this human body. Man determines the stages of his life in the same way as a plant decides, it grows young then seeds are taken from it, many plants grow while some of them stop, then this plant grows old and disappears. This is the example of man. According to Sheikh Akbar, this man is his brother and the other plant is this universe. An example of the growth of the universe is the nails and hair in man. There are four elements in the universe. Man was created from these elements. 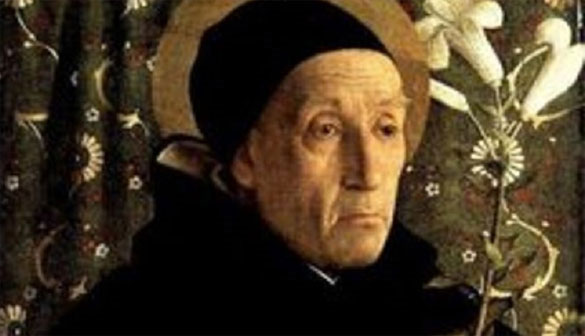 There are beasts and savage beasts in the universe. There is also wrath, anger, jealousy and envy in man. Just as there are good souls and angels in the universe, so there are good deeds in man. Examples of mountains on earth are bones in man. An example of rivers flowing in the earth is the circulation of blood in its veins. Just as the sun is a bright lamp in the universe, so the soul is a light in the body. When it separates from the body, the body sinks into darkness. There is a moon in the universe. Its example in man is the power of the intellect. Just as the moon receives light from the sun, so the intellect receives light from the soul. As the moon decreases and increases, so does the intellect increase with age and then decrease in old age. Goes away The example of the Throne in the Alawite world is the heart in the human body and other similar examples. (Divine measures in the reform of the human kingdom, divine measures in the reform of the human kingdom) 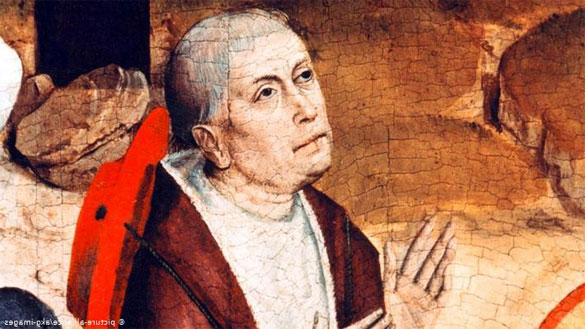 Nicholas of Cusa, also referred to as Nicholas of Kues and Nicolaus Cusanus, was a German philosopher

His arrival in Konya foreshadowed a revolution in Eastern mysticism. The source of which was his disciple and step-son Sadruddin Qanooni, whose mother he married. Sadruddin Qanooni, who later became one of the hallmarks of Sufism, was one of the close friends of Maulana Jalaluddin Rumi. He wrote a commentary on Ibn Arabi’s book Fusus al-Hakam, which is still considered the last word. From there he came to Baghdad, there or as it is narrated in other traditions, in Mecca he met Sheikh Shahabuddin Umar bin Muhammad Al-Suhrawardi. The two sat facing each other for a long time without saying anything. Then they separated. When Sheikh Shahabuddin was later asked how he found Sheikh Mohi-ud-Din, he said, “I found him like an ocean with no shore.”

Muhayyuddin means “the one who revives religion”. He revived hearts in such a way that the fathers of the beginning of the Ottoman Empire, Suleiman the Magnificent, the tribe of Ertughal Ghazi from Qai to the descendants of Sultan Salahuddin Ayubi all became his special confidants. In spite of this trust, you have never been found wandering around their courts. Whenever the rulers of the Muslim Ummah faced any difficulty, your advice and guidance solved hundreds of problems and also put an end to the animosity of the Muslim Ummah.

Of course, there are fatwas of criticism and apostasy on him, and we have no shortage of opponents. But scientific research aside, everyone agrees that as a Sufi Basafa, he did the most important work of uniting the Muslim Ummah under one banner. As a result, the Turks reached such a height that human history never tires of giving examples. It is my belief that wherever you look at the empire, in its earliest days you will see the most brilliant minds who have guided and guided. In some cases, they are Sufis, and in others they are Machiavelli, Chanakya, Iqbal, Rumi, Aristotle, Zhoushan, San Zhou, and hundreds of other such philosophers, reformers, and strategists.

Muhammad Waqar Aslam is an Analyst of politics, social issues and international prospects