How Astonishing Akbar The Great Actually Was

It was “Zeeks” Sinha at Doon School who taught me there are two Indian monarchs we can legitimately consider “Great”, Ashoka in the 3rd century BC and, 18 centuries later, Akbar. I took his word for it. As I grew older and read more widely, I realised he was right. But now a biography of Akbar has revealed just how astonishing this emperor actually was. Today I want to share some of the insights I’ve gleaned from Ira Mukhoty’s Akbar: The Great Mughal. 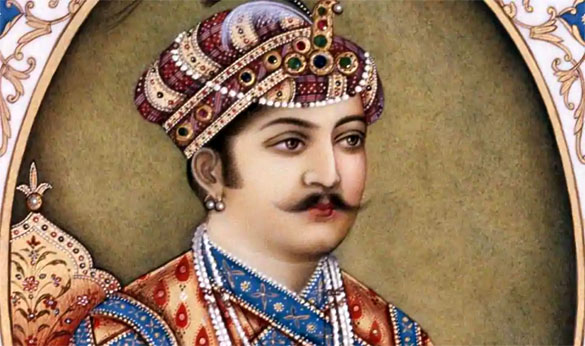 By the end of the 16th century Akbar’s was “the greatest empire on earth” and “greater than any previous Indian kingdom bar the Mauryan Empire”. With an annual income estimated at 100 million pounds Akbar was “by far the richest ruler in the world”. However, what made Akbar great was not his power or the size of his kingdom. It was his amazing personality.

For our time the most striking quality is Akbar’s ecumenism. He believed “all religions are either equally true or equally illusory”. Mukhoty writes: “In his quest for spiritual truths he prostrated himself in front of many gods — he prayed to the sun, he whispered mantras, he worshipped fire, he kept fasts and he examined his conscience.” His young son Murad was “entrusted to the Jesuits for an education”, taught the sign of the cross and to take the names of Jesus and Mary at the beginning of lessons. His Rajput Hindu wives were not required to convert to Islam. They had “complete freedom to exercise their own religion”. He abolished the Jiziya and aware of the sentiments of his people “prohibited the slaughter of cows and the eating of their flesh”. On weekends, he was vegetarian.

Though his proud lineage stretches back to Chengiz Khan and Timur, Akbar “often wore a dhoti of fine silk rather than the usual pyjamas”. Mukhoty adds he “began appearing in the Diwan-E-Aam with a tilak on the forehead and a Rakhi on the wrist, tied by a Brahmin, as a blessing.” This open-hearted liberalism was also reflected in the décor of Fatehpur Sikri. There were “frescoes painted of Christ, Mary and the Christian saints in the private chambers” and Akbar’s dining room had “images of Christ, Mary, Moses and Muhammad”. In 1582, he had the Mahabharata translated from Sanskrit to Persian. Thereafter the Ramayana, Rajatarangini and the story of Nala and Damyanti.

Not surprisingly, he chose his courtiers on the basis of talent not faith. Mukhoty calls this “Akbar’s genius”. So Todar Mal and Man Singh were as powerful and influential as Bairam Khan and Shirazi. Indeed, “for a while Man Singh was the highest paid Mansabdar of the land, Hindu or muslim”. Perhaps more tellingly by 1580, 24 years into his reign, out of 272 Mansabdars, 43 were Rajput, 47 Persian, 44 Indian Muslim whilst his own Turani were marginally ahead at 67.

After all this, it hardly merits saying Akbar was also a great general. “He disregarded all the old rules of warfare”, writes Mukhoty, “and used speed, fury and firepower in such a manner that it appeared as though he was able to bend the very forces of nature to his will.” Among his innovations were “ingenious rockets” and “lightweight canon”. Yet — and this is the paradox — Akbar was “effectively unschooled and practically illiterate”. As a child, he was “distracted, undisciplined and rambunctious”. Mukhoty says: “In the parlance of the 21st century, (he) may have suffered from attention-deficit disorder”. Other historians have said he was dyslexic.

However, let me end with what makes Akbar so pertinent today. In Mukhoty’s words it’s “his determination, in a complex and complicated land, to negotiate a place of dignity for each person and every creed.” That’s so different to the men who rule us today. They want to rectify the perceived wrongs of the past by revising and reinterpreting history. If only they would open their eyes and heed Akbar’s lessons instead. It might make India great again.

Karan Thapar is the author of Devil’s Advocate: The Untold Story

Original Headline: Why Akbar the great remains so relevant