What does a historical commemoration in Lyon, France, have in common with an essay contest in Elkader? Answer: Emir Abd el-Kader. 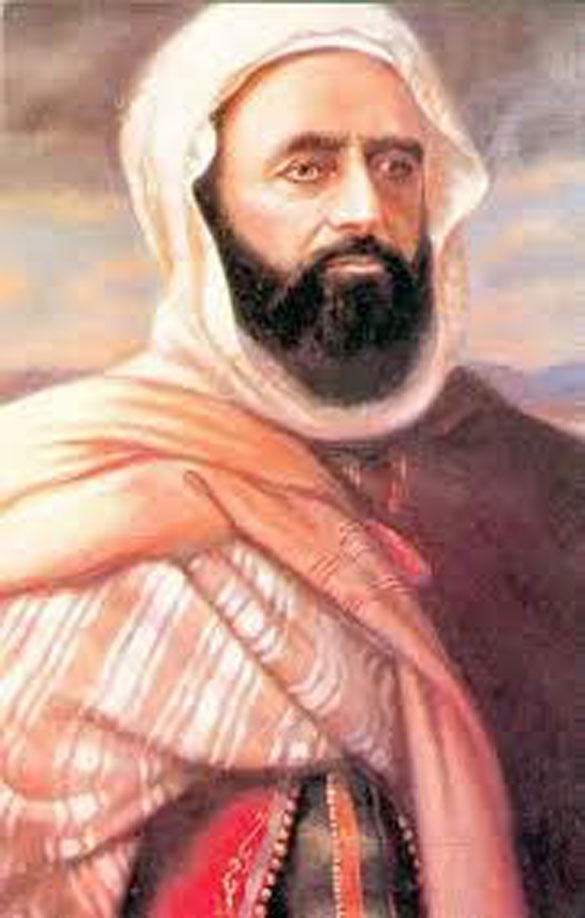 Name doesn't ring a bell? Perhaps that's because he has been dead for 130 years. Nevertheless, the emir's story shouldn't be forgotten, especially on 9/11. His legacy of heroic — and honorable — resistance to Western interference in Islamic lands is a model for how Muslim nationalists today can put their region's interests first without becoming monsters who would slaughter thousands of innocents to make a political point. More than ever, young Muslims need good role models to rebut false religious teaching of those who cherry-pick the Quran to justify evil.

For 40 years, beginning in the 1830s, el-Kader was a world figure admired from Missouri to Moscow to Mecca. Born into a Sufi religious order in 1808 near Oran, a remote province of the Ottoman empire, the emir's life of study, teaching and prayer took an unexpected turn when he was elected chief of a "tribal confederation “to lead resistance against French occupiers of what is now Algeria.

The next 15 years bore witness to his efforts to fight according to Islamically correct rules: not killing women, children or the wounded; not mistreating prisoners, mutilating dead bodies or shooting priests or monks unless armed. El-Kader's respectful treatment of French prisoners was one weapon the French command had no answer to, other than keep it secret. He was a unifier who believed that no religion owned absolute truth. He lived the Quranic teaching that there should be no compulsion in matters of faith.

As el-Kader's fame grew, people of all stations sought him out, first as a resilient adversary of the French, later as an unbending prisoner and finally in honorable exile, where his reputation reached its peak after the emir saved the lives of thousands of Christians during a rampage in Damascus in 1860. This humanitarian intervention won him the French Legion of Honor and accolades from Pope Pius IX, President Abraham Lincoln and Queen Victoria.

In 1883, The New York Times confirmed el-Kader's status: "The nobility of his character won him the admiration of the world (as) one of the few great men of the century."

During his life of warfare, imprisonment and exile, the emir kept at bay the demons of hatred and bitterness. His ability to understand and forgive was harnessed to his unusual capacity to empathize with his adversaries. His disciplined intellect, knowledge and sense of duty to divine law allowed him to distinguish between Christians who attacked his country as invaders and Christians in Damascus he had an obligation to protect as minorities and innocents.

Muhammad Ammar Khan Nasir, editor of the monthly Al-Sharia and a respected Pakistani Islamic scholar, says the emir's life offers a beacon to a Muslim world engaged in a struggle for its soul: "Abd el-Kader is not only a symbol of the Muslim concept of resistance and struggle against foreign domination, but also an embodiment of true theological, moral and rational ideas taught by Islam."

Today, Fouad Chergui is part of the legacy of the long French war in Algeria that continued intermittently until 1962. His parents came to France, where Chergui grew up in a "project" of suburban Lyon and a bitter atmosphere of prejudice and violence against Arabs. A juvenile delinquent who saw the inside of prisons, Chergui's life was turned around by a book about el-Kader written by a Catholic priest, Christian Delorme. Delorme and el-Kader became Chergui's mentors.

Now, Delorme and Chergui, a Catholic and a Muslim, are holding up el-Kader's example to motivate Muslims and non-Muslims in France to reach across racial, religious and historical divides. Chergui has joined with other socially conscious organizations in France to promote an annual Emir Abd el-Kader celebration day. In this, they have received the support of President Francois Hollande and the U.S. Consulate in Lyon.

Back in Iowa, where Elkader was named in honor of the emir by a local lawyer in 1846, el-Kader continues to inspire. Since 2008, high school and college students have been learning a different narrative of Islam thanks to the Abdelkader Global Leadership essay contest.

France's Chergui wants all-American Iowa, unburdened by a two-century toxic history with Algeria, to take the next steps in validating the power of el-Kader's universal virtues: prudence, moral courage, justice and self-restraint — once known in Christendom as the Cardinal Virtues. Without them, moral progress in both the Muslim and the Western world is impossible.

John Kiser is the author of Commander of the Faithful: The Life and Times of Emir Abd el-Kader.