What We Can Learn From Saladin

The humanity and compassion of mankind are tested in times of uncertainty and fear. 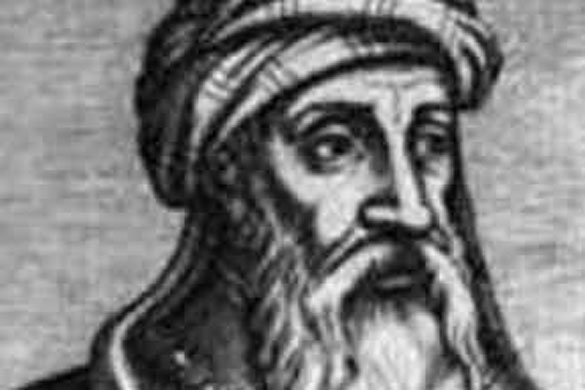 The attacks in Paris on November 13 and the shooting in San Bernardino on December 2 spread the brutality and sadism of ISIS to Western soil. It has never been clearer that action must be taken to destroy this terrorist group. ISIS follows a distorted version of Islam that is unrecognizable to nearly all of the 1.6 billion Muslims around the world. The West must differentiate between the peaceful Muslims living within and entering through its borders and the brutal members of ISIS. The need for nuance in religious identification during wartime recalls a figure in Islamic history that offers valuable lessons for these perilous times.

Salah ad-Din Yusuf ibn Ayyub (c. 1138-1193), popularly known in the West as Saladin, is a rare figure in Middle Eastern history that earned the respect of Christians, Jews, and Muslims alike. He is primarily known for defeating the Crusaders at the Battle of Hattin and recapturing Jerusalem in 1187. Like anybody, he had flaws, but history upholds him as a paragon of chivalry, compassion, and generosity. As the French Historian Rene Grousset said, "[Saladin's] generosity, his piety, devoid of fanaticism... won him no less popularity in Frankish Syria than in the lands of Islam." Saladin was a Muslim Sultan, but he is also a universal figure.

During the European conquest of Jerusalem in 1099, the Crusaders slaughtered Muslims and Jews alike, including women and children. Eighty-eight years later, Saladin recaptured Jerusalem. The city's Christians feared for their lives because they were certain that the Muslims would avenge the deaths of their people, and Saladin was in a position to do so.

Yet, Saladin did not shed the blood of Christians in Jerusalem. He freed all the prisoners who could not pay their ransom to ensure that they were not condemned to a life of slavery. For forty days, he granted all Christians from foreign lands safe departure and allowed them to return to their respective countries with their property. He found the male guardians for Christian women to ensure that they were provided protection and shelter on their return journeys. He allowed the Eastern Christians to stay and reinstated the right of every Jew to visit and resettle in Jerusalem. He conquered Jerusalem on a Saturday and ordered that the Church be open on Sunday for services.

The compassionate actions of Saladin toward peaceful people of different religions in times of conflict stand in stark contrast to the comments of several American politicians in the aftermath of the Paris Attacks. Ben Carson called the Syrian refugees "rabid dogs." Donald Trump compared them to a "Trojan horse," referred to them as "prime time Muslim soldiers," entertained the idea of special IDs for American Muslims, stated that he would close down some American mosques, and yesterday called for a ban on Muslim immigration. Mike Huckabee labeled Syrian refugees as "E.Coli." Jeb Bush backed a policy of giving preferential status to Christian Syrian refugees. And thirty-one governors have said that Syrian refugees are not welcome in their states. This virulent discourse has contributed to an increase in hate crimes against Muslims and their places of worship across the country.

Saladin's levelheaded actions extend to the battlefield and exemplify how the West should respond to ISIS in a complex Syrian context. At the Battle of Hattin, Saladin captured two Crusaders--Guy of Lusignan, King Consort of Jerusalem, and Raymond III, Count of Tripoli. Saladin fulfilled his vow to execute Raymond as punishment for his slaughter of Muslim emissaries and pilgrims, during a period of truce between the Muslims and Crusaders. King Guy feared for his life after witnessing the execution, but Saladin spared his life saying, "...it is not the wont of kings, to kill kings; but that man had transgressed all bounds." ISIS has transgressed all bounds and should be dealt with accordingly. However, we must not punish those who are not responsible. Can we not find the humanity within ourselves to differentiate between orphans and terrorists, widows and barbarians?

Saladin is known for having a greater interest in Islamic studies than military training, and the Islamic principles of warfare are reflected in his actions on the battlefield. Yet, some scholars in the West quote the Quran out of context to argue that Islam is an inherently violent religion. These are the same decontextualized quotes the terrorists use to justify their actions. The Islamic tradition is a rich one that spans over 1400 years of practice in regions around the world. It includes a complex legal system with few black and white answers. The great scholars of Islam, like Imam al-Ghazali and Ibn Khaldun, did not open the Quran and declare, "Well, it says fight the disbeliever; go ahead and kill." These scholars spent decades studying the roots of the religion and grounding their work in philosophical and scientific theories, which also paved the way for the European Renaissance and Enlightenment. It was this Islam that informed Saladin's actions. If anyone thinks that ISIS is representative of Islam or the 1.6 billion Muslims, reach out to your local Muslim community and find out for yourself.

The actions of Saladin and his interaction with the Christians also call into question the notion that the West and Islam are entangled in a "clash of civilizations." When King Richard the Lionheart was left horseless on the battlefield, Saladin sent him two horses so that he would not be at a disadvantage. When Richard fell sick, Saladin sent him his own doctor to speed his recovery. When Richard needed to return home to consolidate power in the middle of the Third Crusade, Saladin negotiated a fair treaty and earned a place beside Plato and Aristotle in Dante's Divine Comedy. As Percy Newby has said, "The Crusaders were fascinated by a Muslim leader who possessed virtues they assumed were Christian." We are only in a clash of civilizations if we frame the conflict that way.

Saladin offers a window into the rich history and peacefulness of Islam. He is a model of how we should respond in moments of peril and fear. For Saladin, "Victory is changing the hearts of your opponents with gentleness and kindness." While some of our politicians frame the refugees as our opponents, there is an enormous amount of power in showing "gentleness and kindness" toward them as it undermines the moral authority of ISIS. The world will only witness more bloodshed of innocent civilians in the Middle East at the hands of ISIS and airstrikes from the West in the coming months, but Saladin's words from the 12th century may provide a valuable lesson even today: "I warn you against shedding blood, indulging in it or making a habit of it, for blood never sleeps."