Shah Abdul Haque Muhaddith Dehlvi, a Sunni Sufi Scholar of India: Glimpses of His Reflections on the Mystical Practices in Islam 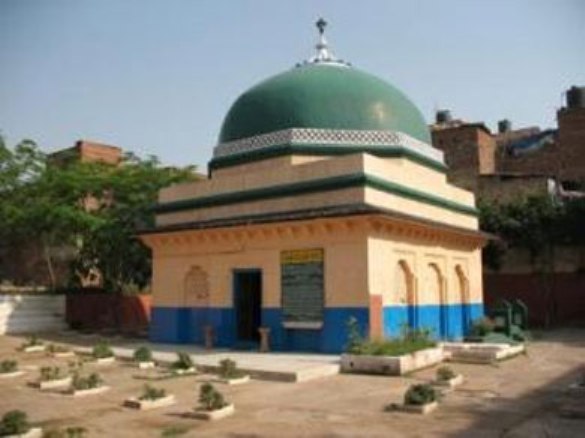 An objective study of Indian Sufi literature, surprisingly enough, reveals that many early Islamic figures of India who were spiritually-inclined and inspired by Sufism, are mistakenly taken today as the ideologues of Wahhabism in India. Regrettably, our collective negligence and intellectual stagnation have concealed the pioneering contributions of great Indian mystics in the pursuit of spiritual enlightenment, human welfare and common goodwill. Those loudly claiming to represent the Sawad-Azam (mainstream Muslims) should take cognizance of the worrying fact that a large part of the Indian Sufis’ literature has not yet been published and is in the shape of manuscripts for ages. And that is precisely why they are misrepresented and sometimes defamed by the present-day ignoramuses.

One such instance is Imam of Ahle Sunnah (Sunni Muslims), Shaikh Abdul Haque Muhaddith Dehlvi (958-1052A.H), one of the leading Islamic scholars of the 11th century. An epoch-making personage well-versed in the sciences of Islam and practices of Sufism, Shaikh Dehlvi rendered historical contributions to the revival and renewal of faith as well as spiritual guidance of the Indian Muslims. It would be no exaggeration to state that from the early 11th century till the late 13th century, almost all remarkable works and researches on the classical Islamic sciences in India were a result of rigorous intellectual efforts and endeavours made by   Shaikh Abdul Haque Muhaddith Dehlvi.

Shaikh Muhaddith Dehlvi, whom many eminent historians consider “the pioneer of the Islamic literature in Indian subcontinent”, greatly excelled in the sciences of the Rivayat and Dirayat (narration and critical appreciation) and al-Jarh wat-Ta'deel (criticism and praise) of the Hadiths. He was the son of Shaikh Saifuddin Turk Bukhari and spiritual devotee (Mureed) of Hazrat Syed Musa Gilani Quadri. Because of his deep association with Sufism and mastery over Islamic sciences, he was a source of inspiration for the Muslims of the undivided Indian subcontinent, and is venerated today by the Sufi-lovers, particularly in Delhi. Shaikh Dehlvi undertook the Hajj, pilgrimage to Makkah in 996H and remained there for a couple of years to learn from the then spiritually-inclined Ulema of Haramain Shareefain (Makkah and Madina). He spent most of his time in the Hijaz with Shaikh Muttaqi who spiritually mentored him. Thus, he excelled in the Islamic sciences and the practices of Sufism under the patronage of the early Sufis of the Hijaz.

Shaikh Muhaddith Dehlvi was not merely a Sufi practitioner but also an authoritative Islamic scholar, prolific writer, commentator of the Qur’an and a profound critic of the Hadith narrations. Imbued with the spiritual teachings of the Islamic mystics like, he wrote 116 books on faith, Islamic sciences and spirituality. Among his widely circulated and greatly acclaimed works on Islamic sciences and particularly mysticism are: “Ash'at al-Lam'at (a scholarly critical commentary on the Hadiths of the Mishkat), “Tareekh al-Madina” (classical work on Islamic history), “Madarij an-Nabuwat” (a seminal work on the Prophethood and its attributes), “Akhbar ul Akhyar” (an incredibly comprehensive contribution to documenting the history of South Asian mysticism), “Zad ul Muttaqeen fi Suluk Tariq al Yaqeen” (the spiritual teachings of Shaikh Ali Muttaqi and his disciple Shaikh Abdul Wahhab bin Waliullah Muttaqi, both are Indian mystics who migrated to Makkah) and “Takmeel ul Iman” (a book candidly explaining the crucial Islamic doctrines in particular and the concepts of Ilm ul Kalam or science of theological discourse in general).

In his writings, Shaikh Dehlvi often dwelled on the comparison between “knowledge of philosophy” and “understanding of faith” while explaining the rational concepts of Ilm ul Kalam at the same time. This helped many to take deep scholarly insights into the Sufi doctrines. He also gave paramount importance to reconciliation between the Qur’anic injunctions and mystical precepts.

"Undoubtedly, loud Zikr is permissible. One of the proofs is that Almighty God himself proclaims: 'Remember God as you used to remember your forefathers'" (Ash'atul Lam'aat, Vol. 2, pg. 278). This is a mystical explanation to the Qur’anic verse: "Then, when you have finished your prayer, remember Allah standing, sitting and lying on your sides". (Surah an-Nisa: 103)

There is a tradition attributed to the Prophet Muhammad (pbuh): When the beloved Prophet (peace be upon him) uttered the salutations at the end of his prayer, he used to loudly say the words of Kalimah “La Ilaha Illalahu Wahdahu La Sharika Lahu” (Mishkaat, pg. 88). Sufis referred to this portion of the Kalimah as a proof on the beautiful doctrine of Wahdatul Wajud (unity of existence). In his commentary on this prophetic tradition, Shaikh Dehlvi relates: "This Hadith is a categorical proof that Prophet (peace be upon him) used to perform the Zikr-e-Jali". (Ash'atul Lam'aat, Vol. 1, pg. 419)

As Sufi mystics have hearts filled with the deepest love for the Prophet Muhammad (pbuh) after the Almighty Allah, Shaikh Dehlvi also got one. His inseparable spiritual attachment with the Prophet (pbuh) can be gauged from his beautiful way of devotion to God that he describes in his own words. In his prayers, he often invoked to Allah: “O Lord! I do not have any such deeds that I can offer in your mighty court. I remained prone to sins and misdeeds all my life. However, this humble servant has an act of virtue that can be offered to you in order to seek your mercy. That is; my salutations on your beloved Prophet (peace be upon him) that I regularly offer with honesty and integrity in standing position, in the blessed gatherings of Meelad celebration.” (Akhbar ul Akhyaar, Page: 644)

This is substantial and irrefutable evidence that Shaikh Abdul Haque Dehlvi endorsed the Sufi practice of celebrating the Prophet’s birthday which is known as Meelad in the Indian subcontinent and Mawlid in other parts of the Muslim world. In support of this Sufi practice, Shaikh Muhaddith Dehlvi penned down numerous pages in a number of his mystical books. For instance, he writes in his book on the authenticated prophetic traditions titled ‘Ma Sabata Min as-Sunnah’: "Muslims have always celebrated Meelad functions in the month of Rabi ul Awwal. They always gave charities in the days and nights of this month and expressed their gratitude and great gusto. This is a common practice of Muslims that they observe with the special mention of the glorious incidents related to the birth of Prophet Muhammad (peace be upon him)." (Ma Sabata Min as-Sunnah, Page 82, Published by Qaiyyumi Press, Kanpur, August 1923)

Referring to the night of the holy Prophet’s birth, he further elaborates: "I would rather say that the night when the holy Prophet (pbuh) was born is certainly superior to Lailat-ul-Qadr (the night of the power when the Qur’anic revelations commenced). For the night of his birth is the blessed night when his existence was manifested in this world and Lailat -ul Qadr is a night that was bestowed upon him as a gift. So, the night which has the blessings of the Prophet’s birth is definitely more blessed than the night which is blessed because angels descend on it. Moreover, Lailat-ul-Qadr is a blessing only for the Ummat-e-Muhammadi (community of the Prophet Muhammad pbuh) but the night of his birth is a blessing for all human beings (irrespective of faith and creed), because the Prophet (pbuh) was sent down as a mercy to all the worlds. And it is through him that God completed His blessings on all His creations both in heavens and the earth.”  (ibid)

In his assertion to validate the practice of the Meelad celebration, Shaikh Dehlvi has beautifully enumerated the incident of Abu Lahab’s relief on setting free his female slave Thuwaibha who brought him the glad news of the Prophet’s birth. He dwells on it: "This incident is a clear proof in support of those who celebrate Meelad by rejoicing and giving in charity on the night of the holy Prophet’s birth (peace be upon him). On the 12th of Rabi-ul-Awwal, People of Makkah (in Shaikh Dehlvi’s time) assemble at the house in which the Prophet (pbuh) was born. Because Prophet was his nephew, Abu Lahab set free Suabia and, therefore, he has been receiving, in spite of being a disbeliever, the benefits of rejoicing in his grave every Monday. Imagine how much more blessing would be showered on those who believe the Prophet (pbuh) as the beloved of God and His true messenger, and celebrate the Meelad regularly.” (Madarijun Nabuwwat, Vol. 2, Page: 34, Ziaul Quran Publication, also in Madarijun Nabuwwat, Vol. 2, Page: 14/19)

Shaikh Abdul Haque Muhaddith Dehlvi met his lord on the 21st of Rabi-ul-Awal, 1052 AH (1642 C.E) at the age of 94. It was the era of Shahjahan’s rule in India. His shrine is situated in the famous area of Mehrauli in Delhi. The main mausoleum is in the centre and is surrounded by the tombs of many Sufi mystics buried there.

Ghulam Rasool Dehlvi is a classical Islamic scholar. He has graduated from a leading Islamic seminary of India, Jamia Amjadia Rizvia (Mau, U.P.), acquired Diploma in Qur'anic Arabic from Al-Jamiat ul Islamia, Faizabad, U.P., and Certificate in Uloom ul Hadith from Al-Azhar Institute of Islamic Studies, Badaun, U.P. He has also graduated in Arabic (Hons) and is pursuing his M. A. in Comparative Religion from Jamia Millia Islamia, New Delhi.