Rahat Indori Have Left Us, But His Words Are Not Lost

For poet, professor and lyricist Rahat Indori, the lockdown felt oppressive. He disliked the solitariness. It wasn’t the kind that inspired an artist, he told friends and family. He missed being out in his beloved Indore and he longed for the mushairas, those public poetry readings that had made him something as rare as a unicorn— a popular, contemporary Urdu poet. 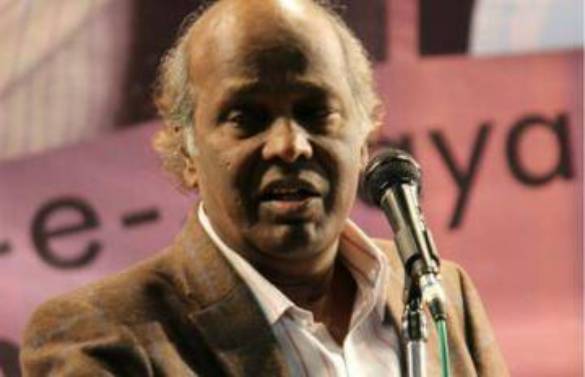 Born Rahat Qureshi, Indori’s love for the written word began with the Urdu newspapers that his father, a mill worker, would bring home. At the age of 19, Indori participated in his first mushaira in Indore, organised in the neighbourhood of Ranipura, which would become a muse for the poet. He’d return to its streets and people again and again, in person and in verse. “My Delhi is my Ranipura,” he wrote in a poem, referring to the capital’s reputation for inspiring legendary Urdu poets.

By March this year, Indore and Ujjain accounted for nearly 70% of Madhya Pradesh’s Covid cases. Ranipura was declared the epicentre of the outbreak in Indore.

Indori and one particular poem of his — Agar Khilaaf Hone Do [if they oppose, let them] — became a rallying cry during the anti-Citizenship Amendment Act protests. The poet had been performing the poem for years, at events held in different parts of the world; but its belligerent swagger resonated deeply with those who registered their protest against the law that provides citizenship to minority religious identities from neighbouring countries of Pakistan, Bangladesh and Afghanistan, on grounds that it was discriminatory towards Muslims.

The poem quickly commanded a wider audience as in the months before the pandemic struck, Indori was invited to recite the poem on popular television shows. The performances were always theatrical. Restraint was not Indori’s style. He would wring every possible drop of drama out of his words, in sharp contrast to the simple and direct style of his writing, which was frowned upon by many Urdu literary critics for being populist. In recent years, his poetry had become more politically-charged and this made Indori all the more contemporary and popular.

[Have you brought the heavens with you?

Bring it in. Set it down upon this earth.]

[Is there a lot of tension on the border?

Ask around, is there an election coming up?]

Before Indori became a professor of Urdu literature at Indore’s Devi Ahilya University, he’d earned his livelihood as a commercial artist. In later years, he would dabble with writing lyrics for mainstream Hindi cinema, but it was a source of satisfaction to Indori that his couplets were more popular than his Bollywood film lyrics. “Rahat Indori’s poetry is absolutely relevant to the times. He always had a comment on anything that was happening around him,” said lyricist Swanand Kirkire, who grew up hero-worshipping Indori as a child in Indore.

The unease that Indori had felt at the start of the lockdown came to its tragic end on August 11, when hours after he was admitted to hospital with Covid-19 and pneumonia, Indori, aged 70, suffered two heart attacks and passed away. He was 70, and is survived by his wife and four children. The poet may have left us, but his words are not lost.

[This soil is soaked with all our blood