By B L Razdan 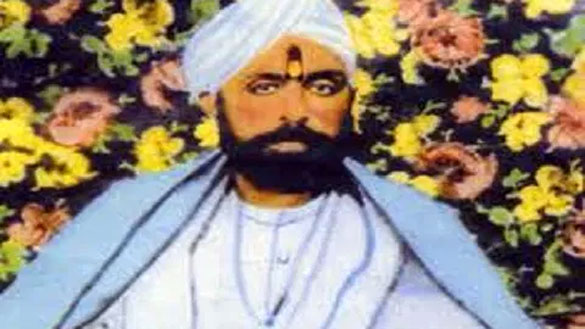 The 93rd Death Anniversary of Pt Krishna Joo Razdan, the poet of Kashmiri poets, is falling on 22nd December, 2020 corresponding to Bikrami Magar Shukla Paksh Ashtami. There was a controversy surrounding the date of his death inasmuch as some would say that it was in 1924 and some would say that it was in 1925. All were, however, agreed that the death took place on Marg Shuklapaksh Ashtami in Bikrami Samwat. To put the controversy at rest, the matter was resolved by the well known Kashmiri Jyotshi, Shri Bhushan Lal Ji of Vijayeshwar Jyotish Karlaya, who found that this Bikrami date fell on 13th December, 1926 and also that in other years, the Shukla Paksh Ashtami would not correspond to 13th December, 1924 or 1925. Razdans of Vanpoh, his progeny, have been performing his shraad hawan always on Magar Shukla Paksh Ashtmi. Thus it is established beyond any shadow of doubt that the true and correct date of Nirvana of Krishna Joo Razdan was 13th December, 1926.

That Krishna Joo Razdan was a Kashmiri poet of very high order and has written beautiful poetry in Kashmiri, is too well known and documented. What, however, is not known is that he used to write poetry in Dogri, Hindi and surprisingly, even in Persian?

Those who had seen him personally, would recall that Krishna Joo did poetry almost under impulse or what you call ‘vaikhuri’ in Kashmiri or even in Hindi. He would recite a poem sometimes at the prodding of his daughter in law. Using his buttocks as substitute for drums he would go on outpouring stanza after stanza that were rhyming beautifully even as the theme in his mind would also be accomplished simultaneously. He would recite similarly when prodded on by his Guru or even by his gurubhais and later on by his disciples. Having said what he had to, it was for these friends and/or relatives to write these down on paper. It was left for his eldest grandson, Pt Jia Lal Razdan, to take rounds of all places Pt. Krishna Joo Razdan would hae visited, like the homes of his disciples such as Pt Kanth Kak Sharabi, Pt. Kailash Nath Fotedar, Pt. J N Misri, Wanchoo family of Srinagar and others, who would most sincerely maintain and preserve these precious verses. Pt. Jia Lal Razdan wrote a beautiful hand, which  he  used  to  compile  Krishna Bhajanavli  in Persian script, which is preserved as a precious family heirloom by his descendants.

For the benefit of the posterity this bhajanavli has been digitized and is available on the internet. The disciples of Krishna Joo Razdan copied this document and handwrote several copies thereof. They would present a copy each to their daughters at the time of their marriage. While Fotedar Sahib’s family has preserved their copies and made the Devnagri edition available on the internet, Misri family has made copies of their family heirloom available in six volumes at Amazon. The Persian poems are not traceable.

However, Pt Damodar Lal Bhat, a leading advocate of Anantnag, recollected some Persian poems, one of which was spontaneously recited by Krishna Joo Razdan on one of their family functions. Similarly he was also personally witness to another recitation at another function, which again he could recall.

President awardee, Dr (Prof.) Mathura Dutt Pandey, was so impressed by the depth of Krishna Joo Razdan’s poetry in general that he rendered nine of his Kashmiri poems into Hindi poetry, which were published separately under the title ‘Navrattan’.